Written by Jason Thorpe
Category: For the Record
Created: 01 January 2018

It is with intense pleasure that I find myself writing this introduction to the inaugural installment of “For the Record,” a bimonthly column in which I’ll share with you my love of all things vinyl. I’m hoping that -- as a reader of the SoundStage! magazines -- you’re familiar with at least a few of my reviews. As of 2017, I’ve reviewed audio products for SoundStage! for 16 years, and the subjects of a good portion of those reviews have been analog products. And for 40 years now I’ve owned a turntable of some sort, and for nearly all that time have played LPs.

From the late 1980s through the early 2000s, vinyl was hard to find. The pure gimcrackery of the CD, with its cry of lasers! and digital!, put the flimflam on me and succeeded in making me think there was something wrong with my poor old LPs, what with their cracks and pops and warps, spinning around on a platter driven by a belt, for crying out loud. For a while, I fell for it. 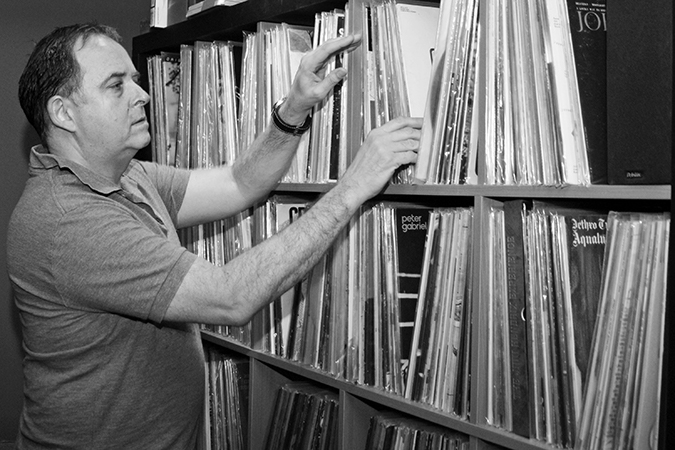 But not quite hook, line, and sinker. As my shiny new 4 5/8”-diameter toys lured me into a digital holding pattern, my records stayed in their milk crates. My old Technics SL-B202 turntable grew a doily and became a plant stand. But I kept it all.

Meanwhile, invited by an audiophile buddy, I fell down the rabbit hole of external digital-to-analog conversion, using a Philips CD player as a transport hooked up to an Audio Alchemy DDE DAC. I was fascinated with the gear. I was forgetting about the music.

Another friend convinced me to ditch my plastic Technics ’table and buy something from Rega Research. This was well before I’d even heard about the Internet -- I searched the Buy and Sell newspaper here in Toronto, and found a lightly used Rega Planar 3 with a Blue Point cartridge. I plugged it in to my NAD integrated amplifier and began to renew my love of music.

Slippery slope time. The Planar 3 sounded great, but then The Fever struck. The upgrades came fast and furious: a Roksan Xerxes turntable and Artemiz tonearm, a Sumiko Alchemist cartridge. Next in line was a full Sonic Frontiers stack, complete with an SFP-1 Signature phono stage jam-packed with high-rent vintage tubes. I had lost my mind.

Back then, in the mid-1990s, Mobile Fidelity Sound Lab’s reissues on vinyl were selling for $35 Canadian. Blue Note reissued a whole bunch of their own top titles on 180gm vinyl, and they were going for just shy of $20. Impulse!, too -- some nice stuff was coming down the pipe, though not much in the way of variety.

By this point, almost everyone else, other than a few audiophiles, had given up on LPs. But I do nothing by half measures, and threw myself back into analog with gusto. I would proselytize to just about anyone who’d listen, and to many who wouldn’t, but my efforts elicited only sad looks of pity or a complete lack of understanding. Couldn’t I see that I was raving about buggy whips in the last decade of the 20th century? Perhaps I should rave out in the street, those looks seemed to imply.

But I kept at it. Somehow, my enthusiasm for vinyl, and for audio in general, landed me this here gig at SoundStage! and I commenced to shouting at you, Dear Reader. I guess you didn’t mind, because I’m still here.

At the beginning of this article, I stated that I’m thrilled that Doug Schneider and Jeff Fritz have asked me to create this column. It’s the tail end of 2017 as I write this, and I’m still testifying about vinyl -- the difference is that now people listen to me. Word has spread here in the office, where I work at my forever job. Rarely a day goes by that I’m not asked for advice by a friend or coworker: What cartridge should I buy? Is this a good turntable? Can I borrow your Spin-Clean over Christmas?

I could be smug about this. After all, only a few years ago, some of the same people now asking me about vinyl regarded my hobby with condescension. But vinyl’s back in a big way, baby. Of course, you almost certainly know this already. It’s no secret: Best Buy sells turntables! Walmart sells LPs!

But I’m not smug. There’s no percentage in it. Instead, I feel I’m on the crest of an analog wave, ready to surf my way down a rich selection of gear and LPs. Just two weeks ago I attended the Toronto Downtown Record Show, and my heart was warmed by the crowd’s heterogeneity. There was the usual cross-section of dumpy middle-aged record collectors (I was one of them), but there were also young folks. And a surprising number of g-g-g-girls. The place was packed. I’d wager that, next time, they’ll need a bigger venue.

And there’s tons of gear available, with new makers of analog stuff popping into existence daily, either to support the vinyl renaissance or to cash in on the fad -- pick your viewpoint. The established names -- VPI, Pro-Ject, Roksan, Michell Engineering, Oracle, and many more -- soldier on, producing high-quality, almost bespoke products, as they’ve done for decades. 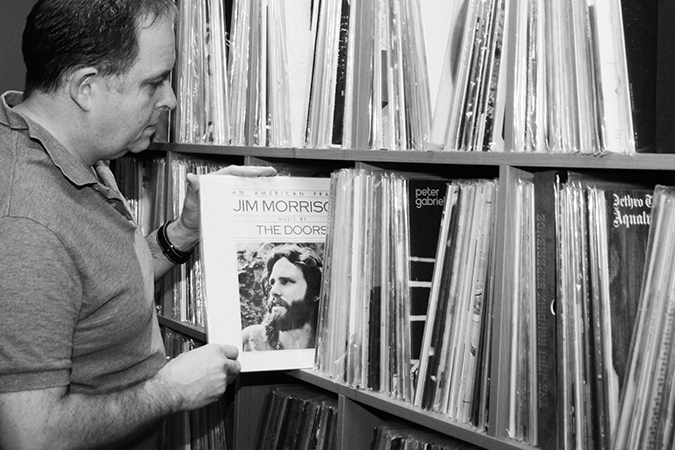 Did I say “fad”? There’s a contingent of skeptics who think that the resurgence of vinyl is supported exclusively by young men with well-groomed facial hair. That LPs are merely this decade’s Pez dispenser. That doesn’t feel right. I see LPs as a reaction to the trend of paying money for music and being left with nothing to hold in your hands. Streamed music, downloaded bits -- neither delivers anywhere close to the physical satisfaction of an LP, and that’s key to the format’s continued success. That, and the pleasant, rich, euphonic sound that comes from deep within the groove of a record. It’s probably a combination of these reasons, but whichever it is, I think this fad has legs.

There’s much I plan to share with you: record-cleaning strategies, organizational hints, field trips to record stores, new LP releases -- basically, whatever I find myself jabbering about to my friends at work, I’ll also relay to you. And, in addition to writing this column, for the near future I’ll be shifting my reviewing duties to focus exclusively on LP-based products: turntables, tonearms, cartridges, and phono stages.

I’m rubbing my hands together. Check back in soon.