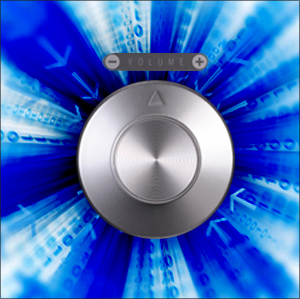 Many audiophiles have systems comprising only digital sources. That may be a CD player or, increasingly, a computer connected to a DAC. More complex systems have multiple means -- e.g., disc transport, computer, and network streamer -- of feeding digital data to a single box for converting all those ones and zeros into the analog waveform required by the amplifier. In such cases, a new type of component has come to the fore: the digital preamplifier. These devices are not actually preamplifiers, in that they’re not providing an amplification stage. Instead, they offer source selection and volume control, so that they can be connected directly to a power amplifier with no need for the traditional analog preamp. Often, but not always, the volume control is implemented in the digital domain, which is what gives some audiophiles pause in using these devices as intended by their designers. Does a digital volume control really represent a sacrifice in performance?

Audiophiles first became acquainted with digital volume controls on CD players more than two decades ago. The first examples operated with a 16-bit word length -- the same as the "Red Book" CD standard. That meant that any reduction in volume also reduced the resolution and dynamic range of the source signal. Whether or not these effects were audible, this method was often discarded on theoretical grounds: If the sufficiency of CD resolution was already in question, then further reducing the resolution was a nonstarter.

The next step was volume controls that operated in the 24-bit domain. Since most playback material was still 16-bit, a volume reduction of 48dB -- quite a lot -- sacrificed none of the content of the original digital signal. With the obvious theoretical challenges overcome, 24-bit digital volume controls started to gain traction. Now that 24-bit sources are readily available, 24-bit volume controls seem unacceptable. Fortunately, volume controls with 32-bit or better precision are finding their way into DACs at a variety of price points.

That would seem to be the end of the story. However, there is more to digital volume control than truncating bits. Just lopping off unneeded bits is a very crude way of adjusting the scale of a digital signal. As the volume is reduced, the use of a proper dithering algorithm is necessary, not to introduce highly unpleasant quantization distortion into the reconstructed signal. Some of these algorithms are better than others, and the results can be audible.

Of course, the digital signal must eventually be translated into the analog domain, and that is where the understanding of digital vs. analog volume controls becomes more complicated. The crucial parameter is dynamic range, which is the relationship between the peak amplitude of the audio signal and the underlying noise floor of the circuit. When a DAC with a fixed output is followed by a passive attenuator -- e.g., a potentiometer -- the peak signal and noise are reduced by the same amount, so that the dynamic range remains constant. With a digital volume control, the peak signal level is reduced, but the underlying noise remains the same -- consequently, there is a reduction in dynamic range. The degree to which this loss of dynamic range is a problem depends on the inherent noise level of the DAC.

The following table compares the dynamic range of 24-bit digital volume controls operating on 16- and 24-bit sources with two different DACs -- one with moderate noise performance of 104dB below full scale (the maximum output of the DAC), and the other with a more respectable noise floor of 125dB below full scale. (Here I am referring to the noise performance of only the DAC chip, not the entire circuit.) All values are in decibels (dB).

Two things are immediately apparent. Even when fed a 16-bit source, the DAC with better noise performance maintains higher dynamic range as the output level is reduced. Neither DAC is capable of delivering the full 144dB dynamic range of a 24-bit source -- nor is any DAC currently on the market, due to thermal noise in the circuit. For that reason, a 32-bit volume control would not change the picture. The advantage of wider data paths is in the greater precision of whatever processing is done on the signal; e.g., any upsampling, dithering, or application of digital filters.

If a purely passive volume control were inserted after the DAC chip, the dynamic range of the 16-bit source would remain 96dB, and that of the 24-bit source would be the dynamic-range limit of the DAC, regardless of volume level. (In extreme cases, the thermal noise of the resisters would somewhat reduce the dynamic range.) But simply inserting a passive volume control after the DAC introduces its own problem, in the form of a variable -- and often high -- impedance. The combination of that output impedance with the capacitance of the interconnect between DAC and power amplifier creates a variable low-pass filter and poor damping factor. The problem is solved by placing an active buffer stage after the volume control, but that active stage introduces its own noise. The result is a loss of dynamic range at low volumes -- though a properly designed circuit will usually perform better than a digital volume control.

Let’s look at the other option: connecting the DAC’s unattenuated output to a traditional analog preamplifier. We’ll assume that the DAC conforms to the "Red Book" CD-standard output of 2V, and that the preamp has a typical gain of 10dB. There are two common circuit designs. In one case, when the audio signal enters the preamp, it is boosted to approximately 6.3V. Along with the increase in level comes the addition of noise and distortion. The better the preamp, the less noise and distortion it adds, but the level of that noise and distortion can never be zero. Now, the output of the preamplifier must be fed to a power amplifier with some rated sensitivity. (Sensitivity refers to the input voltage required for the amplifier to deliver its maximum rated continuous output.) We’ll assume that that sensitivity is, again, 2V -- a fairly typical rating. The 6.3V signal from the preamplifier’s gain stage must be attenuated -- usually by a potentiometer or other passive device -- and then there must be a buffer stage, to keep the preamplifier’s output impedance acceptably low. In the other case, the source signal is first attenuated, then passed to the preamplifier’s gain stage.

In both cases, some attenuation is necessary even if full output from the power amplifier is desired. Under normal circumstances, most of the preamplified signal is cut, or only a tiny fraction of the source signal goes past the initial attenuator. Either way, noise and distortion have been added to the signal, and the dynamic range will likely be less than it was at the source. This is not a good situation. If you think that a DAC with a volume control -- analog or digital -- sounds better through a preamp than directly into a power amplifier, what you are most likely hearing is some pleasing distortion characteristics of the preamp -- something that is especially common when the circuit employs vacuum tubes. Some DACs lack an output stage robust enough to directly drive a power amp. In those cases, a preamp may indeed improve the sound, but it would be inappropriate to criticize the entire category of digital preamplifiers on the basis of a few poor implementations. (Not all preamplifiers work as described above, but most do. It is also fair to note that preamplifiers may perform other useful functions).

The final consideration is the power amplifier itself. A signal/noise ratio of 90dB, A-weighted, is fairly typical; 100dB is very good, and 110dB is extraordinary. These measurements may be taken at 1W, or with the amplifier delivering its maximum output -- something it is unlikely to do during most listening sessions. (The signal/noise ratio is not the same as dynamic range, but it gives some indication of the amplifier’s noise floor.) At typical listening levels, the dynamic range of even the best amplifier is likely to be something less than 100dB; and when the acoustic noise floor of the listening room is taken into account, the dynamic range of the entire system will, in good conditions, be on the order of 70dB.

From a theoretical standpoint, a well-implemented analog volume control on the output of a DAC will provide superior performance. However, when a DAC chip has sufficiently low self-noise, the digital volume control will lag only slightly behind. When considering the performance of the system as a whole under normal listening conditions, any differences may not actually be audible. And for those who wish the highest-fidelity signal path -- i.e., the one that least alters the signal between source and loudspeakers -- a traditional preamplifier should be avoided unless it is of extraordinary quality.