Sound Quality Isn't the Only Thing

I’ve owned three BMWs over the past 15 years. I had a 5-series car (can’t remember which one), a 128i, and, between those two, a 328i with the Performance Package that I bought brand new oh, maybe 12 years ago. I had only about 500 miles on the 328i when, one morning, I pulled out of my driveway, put the car in drive, and . . . nothing. About 30 seconds later, the transmission finally engaged. Nor was this an anomaly -- later that day, the same thing happened. I got on the phone with the BMW dealership I’d bought the car from. Sure enough, they knew about the problem -- it had reared its head all over the country. Turns out the transmission in this model was actually built by . . . wait for it . . . General Motors. 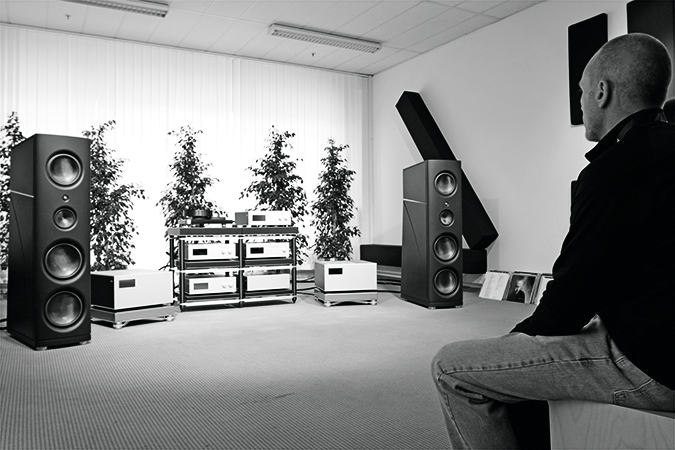 I was flabbergasted. I’d bought a German car with a GM transmission. Lovely. No one ever told me it had a transmission that they must have bought from the cheapest vendor that would supply it. And now my brand-new BMW needed a complete transmission replacement. The illusion was over. The euphoria I’d felt after making my purchase was replaced with a heavy dose of buyer’s remorse. It sucked.

Fast-forward to 2012. I had the 128i (yeah, I know: fool me once . . . ), and my wife had a Jeep Commander. The BMW was getting too small for our growing family, the Commander was getting high in miles, and I decided to replace both of them. Of course, I looked around, did my due diligence with online research, drove a bunch of cars, and made a decision: We would buy two Toyotas. My wife chose a 2012 Highlander, and, since the Land Cruiser was far beyond our budget, I settled on the next best thing: a 2012 FJ Cruiser.

Fast-forward again, to today. The Highlander has about 90,000 miles on it. Not only is it my wife’s daily driver, it’s also the vehicle we take on trips and weekend outings. Other than oil changes, tire rotations, and a couple sets of Michelins, the only maintenance it’s needed have been brakes front and rear. I’ve done nothing for my 60,000-mile FJ except maintain good tires and change the oil. (But I think I’ll soon get a suspension lift and some bigger tires . . . )

My experience of owning the Toyotas has easily surpassed any joy I ever had from my BMWs. Yes, the BMWs handled better, and were great in turns. But our Toyotas have proved more reliable, especially over the long haul, and cost less to maintain. And if there’s ever a zombie apocalypse, the FJ is a far more suitable ride than a low-slung BMW. That’s what I tell my ten-year-old son, who thinks the lift will be good for running down a horde of undead. Purchasing a car is, for me, about far more than the driving experience.

Similarly, buying a stereo component is, for me, about far more than just the sound quality. Some of the criteria our Toyotas had to meet before I would consider buying them are the same as those I demand from stereo components: reliability, availability, cost of service, resale value, build quality. All of these matter. Of course, the weighting of each of these will vary with the buyer, especially relative to the primary function of high-end gear: to provide great sound. I know, from corresponding with readers over many years, that I’m not alone in this: I’ve heard you guys weigh in on this and that requirement, and I respect the criteria you’ve described to me. You’ve told me that, probably more than any factor other than sound quality, dealer/distributor support is vital, particularly if a component is manufactured outside of the country you live in.

The audio press is complicit in the idea that only the sound quality matters. That’s easy to say when you’re a reviewer and gear is shipped direct to you at no cost, used for a couple of months, then shipped back, again at no cost. Of course, if there are any service problems, a replacement is shipped to you pronto. To the press, my message is this: It’s easy to ignore the myriad buying factors that are important to real people purchasing their gear at or near retail when you don’t have to deal with those factors yourself.

Which means that this article is actually written for the press, for whom I have this advice: Get real. Understand that audio gear has not only to serve the music, as we like to say; it also has to serve the owner in many other ways, in order to consistently and dependably and affordably keep serving the music. Bread’n’butter audiophiles, not multimillionaires buying cost-no-object gear with their cost-no-object budgets, need to weigh their purchases very carefully. Let’s respect that, and get off the high horse. Yes, sound quality is paramount. But it ain’t everything.