Trying Not to Be That Guy

“Ask yourself the tough questions.” “Challenge your belief systems.” These notions are often bandied about on audio forums. Yet over and over I see audiophiles reinforcing buying decisions they’ve already made, and supporting those audiophiles whose purchases are similar to their own. High-end audio is largely about buying, and it’s natural to think that someone who’s invested in a particular brand of gear would want to defend that brand. Folks like to feel good about what they’ve bought -- when they hear “You made a good choice; maybe I should consider the same,” such validation is comforting to the ego. 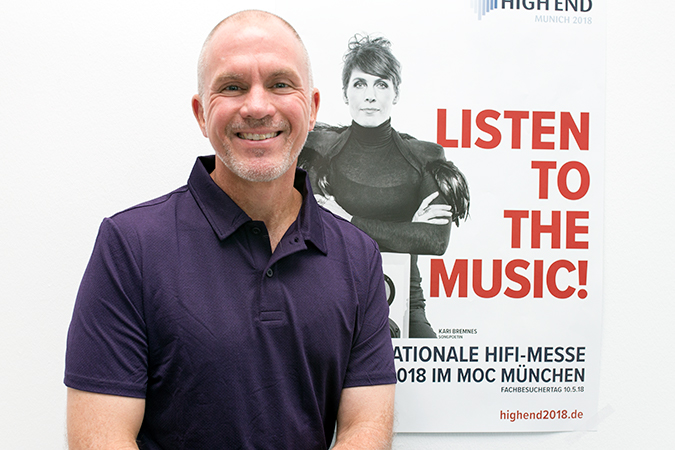 I’ve done it many times. For several years I was “the Rockport guy,” until I became “the Magico guy.” I really did -- and do -- like those brands. In fact, I believed strongly that whatever Rockport Technologies and Magico produced would be superior to like-priced products from what I thought were lesser companies. This was based on more than just typical consumer buy-in, I think -- I spent time getting to know these companies and their founders well. I felt I understood the way they envisioned and designed products, and I sometimes adopted their visions as my own. That thinking hasn’t gone away just because I’ve sold the speakers I bought from them, which tells me that there was a genuineness to my perceptions of quality -- I still believe that Rockports and Magicos are great speakers.

But it’s a new day. My continued shopping for a new neighborhood, a new house, and a new audio system has given me the opportunity to expand my horizons, and it’s been freeing. For one thing, I know I won’t be spending house-money on a speaker again. Those days are behind me -- having the biggest and baddest isn’t important to Jeff Fritz 2018. Instead of “What’s best?,” I ask myself a question that I now find far more interesting: “What will make me happy?”

I see the difference between those questions far more clearly, now that there’s some room and time between the Jeff Fritz of “The World’s Best Audio System” and me today. I see it in others, too. One guy I see on the audio forums is all too predictable. He has a very expensive system and room, and writes pretty eloquently about it. I often see him chime in on other peoples’ threads when someone posts about a product that they think is superior to something he owns. He’ll give them the third degree about “what context they made the comparison in,” and even go so far as to question whether they’ve made the comparison at all, because of the unlikelihood of gaining simultaneous access to both products in question. How exhausting that all must be for him. Who cares?

Well, so I say now. Dig back through the letters sections of SoundStage! Ultra and its predecessor, Ultra Audio, and you’ll find yours truly arguing the merits of this product vs. that. Looking back, I can easily see myself arguing most fervently about the products or brands I was most strongly invested in. No matter what I buy, I’m going to try not to be that guy any more.

But to be a good audio writer, I do have to have a bit of that guy in me. If I don’t feel passionately about the gear that I think is best at reproducing music in the home, then how will I be able to write articles that anyone would be interested in reading? After all, I can’t write an “Opinion” without having an opinion.

The secret for me, I think, is balance. These days I probably listen to music as much as or more than I have at almost any other time in my life. And since I’ve been living in a rented house, most of my listening has been at lower fidelity than at any other time in my adult life, which is saying something: I’m 50 years old.

So, yes, I miss my dedicated listening room and my really badass audio system. I’m anxious to have it again -- or some smaller semblance of it. What I don’t miss is the personal investment -- forget the financial investment -- in audio gear. I want to be invested in the music, and in writing interesting, accurate reviews and articles about audio. And that’s it.

I’m not going to be the guy on the forums, or on the SoundStage! sites, questioning whether you’ve truly level-matched your amps for those intense comparisons you made in which the Boulder Amplifiers 2060 stereo amp I own came in second to what you decided to buy. I just don’t care that much. In fact, I hope to be the guy who says, “That’s an awesome purchase, and I’m sure you’ll be very happy with your choice” -- the guy who then makes a point of listening to your amp. Because maybe you’re right.

For me, being that guy has far greater implications than anything related to audio, and more far-reaching consequences for my well-being.