Charlie Hunter’s seven- and eight-string guitars are wired to generate separate signals for their bass and treble strings, which allows him to accentuate the bass lines as well as chords and single-note solos. That he can play those parts simultaneously is an indication of his dexterity and virtuosity, but he also does it in a way that is musically exciting and satisfying. He has chops enough to generate fireworks, but he is a song-driven player.

After associations with labels large (Blue Note, Fantasy) and small (Ropeadope), Hunter began releasing discs on his own in 2008, and Let the Bells Ring On is his 17th disc as leader. He is joined by Bobby Previte on drums and Curtis Fowlkes on trombone, who have both worked with Hunter on other projects. “Anthem: USA” announces a slightly different angle for Hunter. His thumping bass line is rock solid, but the guitar chords are more slashing and dissonant than usual. Fowlkes takes most of the lead with a gritty solo that has an old-time jazz feel, with a solid backbeat from Previte urging him along. 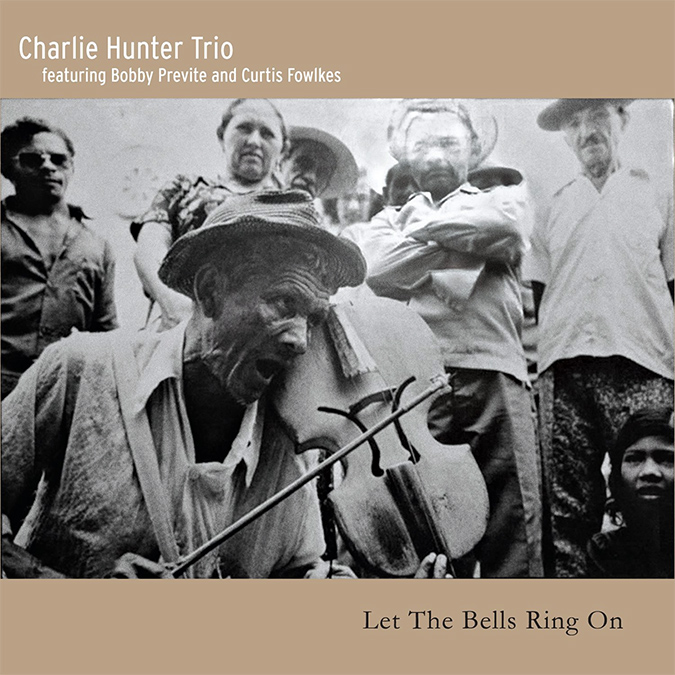 “These People?” has a Memphis soul groove, over which Hunter plays a muted melody line. Fowlkes takes a lengthy, blues-drenched solo that Hunter supports with a series of arpeggios and a tough bass line. Hunter’s rhythm guitar on the title track is another soulful workout that owes a lot to Steve Cropper’s cool elegance on the Stax/Volt sessions. Hunter plays a simple solo that demonstrates how effective he can be with just a few notes.

Let the Bells Ring On is an ensemble disc, with the musicians reacting to and playing off -- but never over -- each other. Hunter gives Fowlkes much of the spotlight, but when the leader stretches out, as he does on “Hillbilly Heroine Chic,” the results are as exciting as anything he has played in his varied career. His pull-offs and note flourishes on that track and “Ojai Housecoat of Arms” are filled with the kind of flash you would expect from a player with his skills, but his solos are deliberately paced and, for a disc led by a guitarist, brief.

The songs on Let the Bells Ring On have elements of funk, New Orleans jazz, and other genres you might not expect. “Hillbilly Heroine Chic” opens with the instrumental audacity of country music great Jimmy Bryant before it shoots off into the blues. “Welcome to Nutley” has the loose, happy attitude of a ’60s soul instrumental, while “Vernel” is all rock-and-roll drama and attitude.

No small credit for the overall impact of the disc goes to Previte, who keeps solid time and builds drama with his cymbal accents and clever use of counterpoint. Let the Bells Ring On is not immediately accessible in the way Hunter’s early recordings were, but the tunes stay with you and they grow with each play. The mono recording by Fabian Rucker, mastered by Dave McNair, is nuanced and warm, very much in the old Blue Note and Prestige mold. The bass extension is terrific and every note from Hunter sparkles.