Jazz guitarist Dave Stryker has led more than 25 sessions and played on many others, but Messin’ with Mister T shows what a master he’s become. I’ve heard a few of his albums over the years, in particular The Stryker/Slagle Band (2003), the first one he co-led with saxophonist Steve Slagle, and always thought him a solid player with a journeyman quality. After listening to Messin’ with Mister T, I think I need to go back to some of his other recordings.

Messin’ with Mister T uses an organ-trio format as the basis for these ten tunes paying tribute to tenor saxophonist Stanley Turrentine (1934-2000), with whom Stryker toured for ten years. Here, Stryker enlists the help of ten saxophonists. Tivon Pennicott, at 29 the youngest of the guest players, takes a run at Turrentine’s “Let It Go,” and has a lot of the gutsy blues feel that made its composer such a stirring player. Stryker’s arrangement takes the tune at a slower pace than the original, but loses nothing, and Pennicott gets plenty of room to stretch out.

At the other end of the age spectrum, 88-year-old Jimmy Heath gives Duke Ellington’s “In a Sentimental Mood” a stately reading that Stryker introduces with beautifully rendered chords. Heath’s tone is smooth and graceful, and his solo is unrushed and elegant, hewing to Ellington’s melody while expanding on its harmonic possibilities. At this stage in his career, Heath doesn’t have to impress anyone, but does so anyway with his sure touch and his ability to tap into a wellspring of emotion that comes from long years of playing. Stryker’s contribution is to respond to Heath’s greatness in a solo that complements the elder statesman with its own delicate beauty. 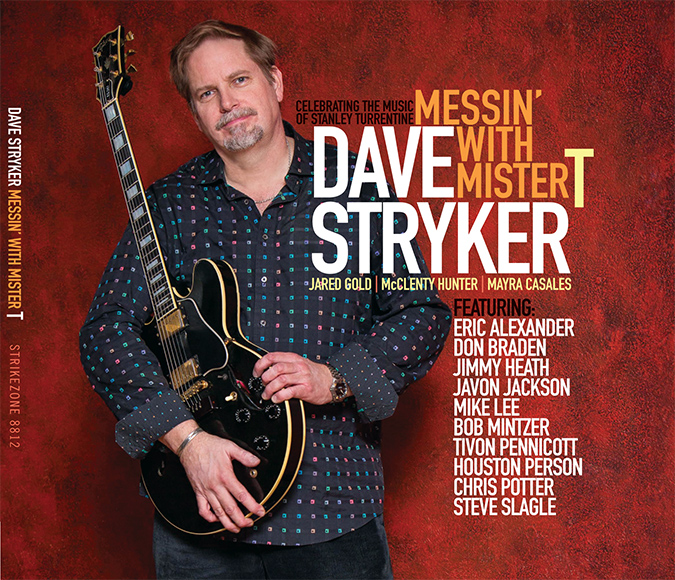 Don Braden plays “Don’t Mess with Mister T” with a fiery confidence that embodies the soulfulness that made Turrentine’s version of Marvin Gaye’s tune his own unique statement. Braden brings muscularity and passion to the track, and Stryker plays a nicely developed, blues-based solo that builds to a strong conclusion.

Chris Potter brings conviction and good ideas to John Coltrane’s “Impressions,” and Houston Person -- only slightly younger than Heath -- sounds spry and lively in Turrentine’s “La Place Street.” Steve Slagle slips into a convincing soul-jazz vibe in Stryker’s “Side Steppin’,” and Eric Alexander takes a spirited turn in Milton Nascimento’s “Salt Song,” which in Turrentine’s version featured overripe strings. Here it’s given a harder-swinging arrangement that I wish Turrentine could have played over, but Alexander does just fine.

An album featuring a different saxophonist on each of ten tracks could easily have been scattershot, but each arrangement fits its player while remaining focused on paying homage to Turrentine. Stryker has two great players accompanying him. Jared Gold knows the jazz traditions of the Hammond B3 organ, but brings his own style to each track. McClenty Hunter is a dynamic and exciting drummer who drives these ensembles, but knows when to back off to give the other musicians space when they need it. Percussionist Mayra Casales brings additional swing to several tracks, especially Freddie Hubbard’s “Gibraltar,” which features saxophonist Bob Mintzer.

But it’s Stryker’s album, and he shines on every tune. Every one of his solos is well crafted, melodically sharp, and played with warm tone. He plays quick runs in “Impressions” without veering into showiness, and his feel in ballads such as “In a Sentimental Mood,” or Michel Legrand’s “Pieces of Dreams,” is both sensitive and daring.

After listening to this disc, I tried some of Stryker’s earlier albums and found them enjoyable but a bit studied. When I checked out his more recent work on Spotify, including Blue to the Bone IV (2013), I heard the same command of the fingerboard, but with a stronger current of feeling -- a warmth and heart that give his playing special believability and power. Every note on Messin’ with Mister T rings with conviction, and the skill of a musician at the top of his game.