A few weeks ago, my son directed me to a web link for a concert and suggested we buy tickets. I did not know much about pianist Robert Glasper, aside from the fact that he was one of the artists signed to Blue Note Records in recent years. I assumed he injected some hip-hop into his jazz -- he does -- and that he was trendy and not, ahem, real jazz.

It is easy -- even after years of following music, writing about it, and collecting it -- to make dumb assumptions. Good thing my 18-year-old son is hipper than me. I listened to two of the Robert Glasper Experiment’s two discs, Black Radio (2012) and Black Radio 2 (2013), to prepare for the show. The first won a Grammy for Best R&B Album, and it is true that Glasper’s music has an R&B flavor, but to all but hardline purists, it is jazz. 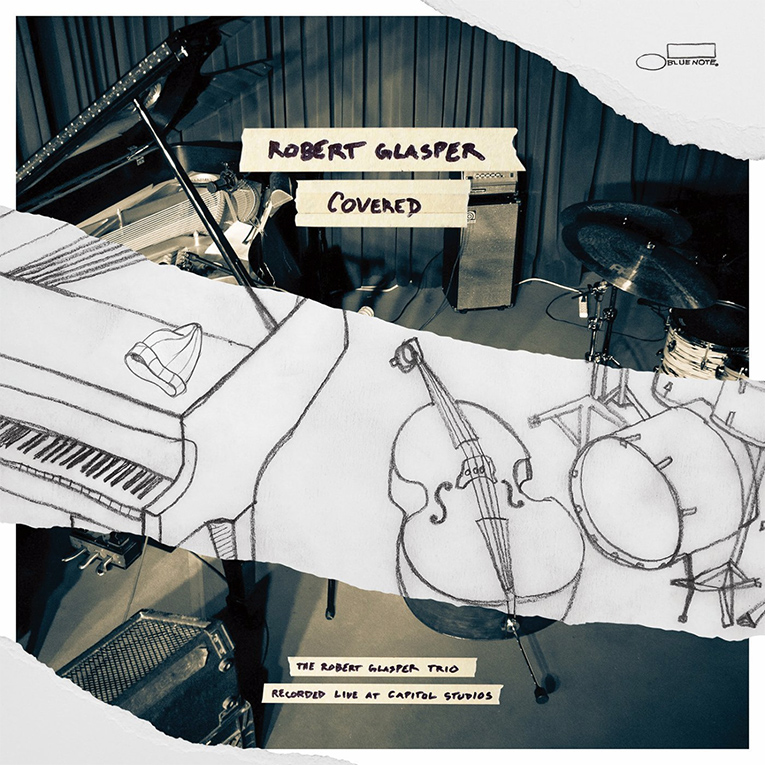 Glasper has recorded five other discs that are more easily pegged as jazz, but even on those recordings he is eager to expand what can be used as the basis for improvisation. In My Element, his third disc, included a mashup of Herbie Hancock’s “Maiden Voyage” and Radiohead’s “Everything in its Right Place.” On his newest trio disc, Covered, he reinvents Radiohead’s “Reckoner,” Joni Mitchell’s “Barangrill,” and Musiq Soulchild’s “So Beautiful.”

“Reckoner” opens with a percussion sample that drummer Damion Reid plays against, and Glasper gives the melody a clear reading that emphasizes its beauty. His improvisation expands on the song, digging for even more complexity and meaning, which bassist Vicente Archer harmonizes and reinforces. The trio skillfully uses dynamics to great effect, dropping to silence near the end before returning for a satisfying conclusion.

Glasper’s epic “In Case You Forgot” injects some recognizable melodies, including Cyndi Lauper’s “Time After Time,” into its restless, skittering sections where the pianist, performing mostly solo, plays quick splashes of notes that create tension that is relieved by moments of beauty and emotional force. Archer and Reid both get impressive features that help the track build and resolve. The boppish closing is swinging and melodic, and the tune successfully shows a continuum between free jazz and more traditional forms.

“Stella by Starlight” is beautiful and elegant, with Glasper at times pulling the melody apart with quick searching runs that he resolves with sustained chords that expand the song’s harmonic possibilities. Harry Belafonte guests on “Got Over,” where he sings of the difficulties of being African American, even when you are successful. The closing track, “I’m Dying of Thirst,” uses Kendrick Lamar’s tune as a cry of injustice, with young children reciting the names of minorities killed by the police. It is a sad track, but the beauty of Glasper’s playing underlines its call for dignity. 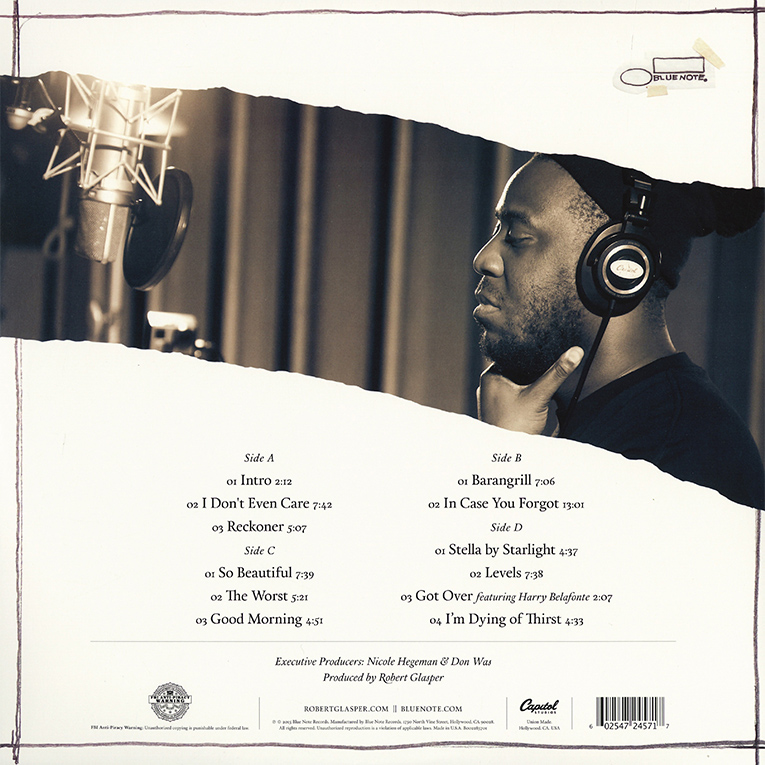 Glasper recorded Covered live at Capitol Studios in Hollywood, and the disc has an enjoyable small-club atmosphere. Reid’s bass drum is closely miked, and it could have been backed down a bit. It is the pulse for the tunes, but it occasionally feels too prominent. Glasper’s piano sounds fine, but Archer’s bass should be more defined.

Glasper feels at home in several genres, so he is able to play Bilal’s “Levels” or his own “I Don’t Even Care” and give R&B and jazz equal feeling, treating them with similar regard. Glasper’s music, both here and on Black Radio and Black Radio 2, is bringing jazz forward while retaining a firm grasp on its history.