The Magic Numbers have released five albums, and while this British quartet comprising two brother-sister pairs has kept great harmonies and solid pop melodies at the center of their sound, they’ve also worked to keep things fresh. Their first two records, The Magic Numbers (2005) and Those the Brokes (2006), were straightforward in execution, letting the vocals and songs speak for themselves. The Runaway (2010) added string arrangements and a bit more instrumental complexity, and Alias (2014) worked in the occasional distorted guitar and sound effect.

Outsiders opens with “Shotgun Wedding,” its loud guitars evoking both T. Rex and mid-1970s California rock (e.g., the early Doobie Brothers). Romeo Stodart’s vocals still have the somewhat wistful, emotionally bare quality they did on earlier Magic Numbers albums, but he brings a rocker’s conviction to the swirling guitars and hard-hitting drums when he sings, “I would ask you forgiveness baby / But you left me chained to the hotel bed.”

The strongest numbers here balance an experimental edginess with a strong command of melody that the Numbers handle with assurance. The easy, memorable pop of “Runaways” is propelled by ominous guitars and a strong bass line from Michele Stodart, and the dark-toned verses give way to a chorus that feels triumphant as Romeo sings, “You know what’s in the danger you crave / And near the firing line, we throw it all away.” The rich harmony vocals of Angela Gannon and Michele give the chorus a lift without softening the song’s power. 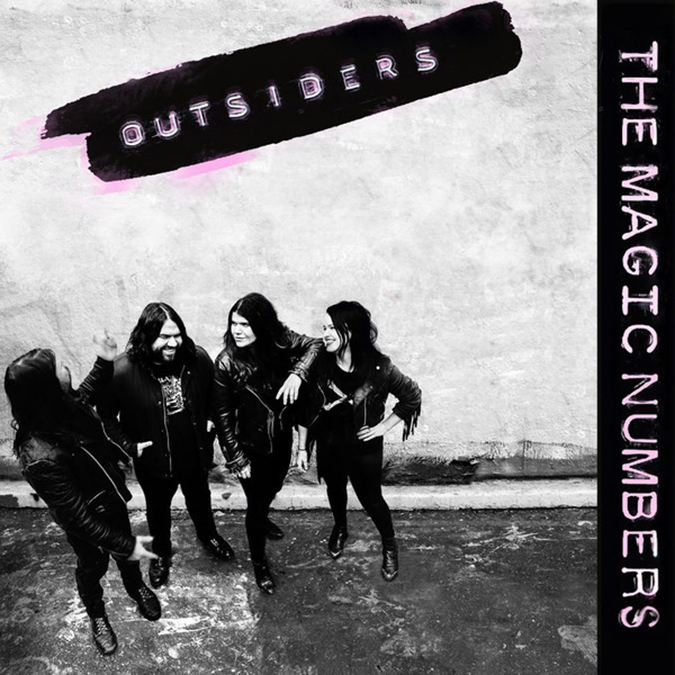 The distorted blues guitar in “Sweet Divide” plays against sweet harmony vocals that invite comparison with Fleetwood Mac’s hits of the ’70s, but overall the song has a grit and soul that hark back to even earlier Mac. “The Keeper” sounds even more like T. Rex than “Shotgun Wedding,” and underscores one of the Numbers’ great strengths: they can borrow things from familiar songs and make them sound as fresh as if they’d originated them.

Throughout Outsiders there’s a feeling of confidence that comes from getting the details right. “Sing Me a Rebel Song” pits a beautiful tapestry of densely layered harmony vocals against dynamic synthesizer washes from Angela. “Power Lines” audaciously re-creates the feel of the great singles that Jimmy Webb or Burt Bacharach had a hand in in the late 1960s, and the trombone solo (credited to “Sky”) is the touch that pushes it into greatness. The howling guitar in “Lost Children,” on the verge of feeding back through the whole track, adds a wonderful tension to Romeo’s placid vocal.

Outsiders is packed with sonic details that come out more solidly on LP than on CD. Overdriven guitars have more grit, and Sean Gannon’s drums are more three-dimensional, with more resolute attacks. Michele’s bass has more presence on vinyl, and Angela’s keyboards come across with more detail and tonal accuracy. The guitar solo in “Ride Against the Wind” is an ingenious evocation of George Harrison’s slide work, and on vinyl it comes out into the room; on CD, it’s a bit more laid-back. 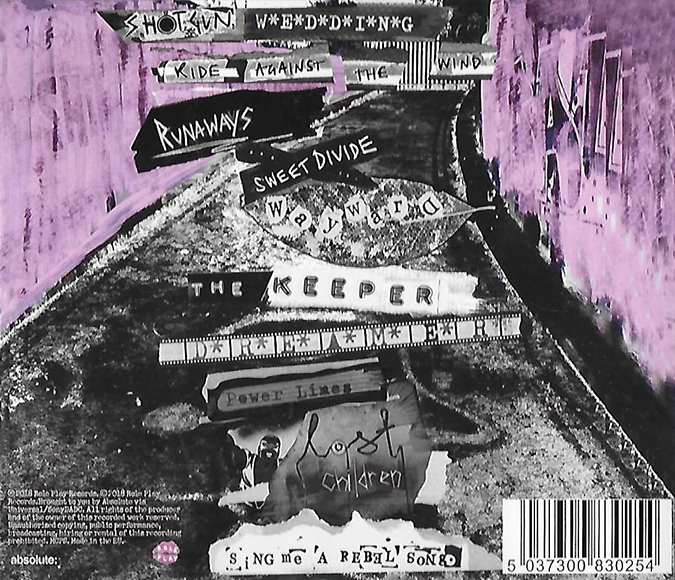 Miles Showell mastered Outsiders for CD, and presumably for vinyl as well. I can’t determine where my vinyl copy was pressed, but more quality control is in order: it had a slight warp.

The ten songs on Outsiders are tributes to people who take chances and make their own way. The Magic Numbers have themselves taken that road in making this album, creating music with a solid rock’n’roll edge married to beautiful melodies and angelic harmonies. With only five recordings in 13 years, they’re not prolific, but their music is worth waiting for.