The last few years have been tough ones for lovers of soul music. Aretha Franklin died last August of pancreatic cancer, less than two years after Sharon Jones, the shining light of Daptone Records, passed away from the same illness. In September 2017, Daptone and soul lost another great when Charles Bradley died, of stomach cancer.

Like Jones, Bradley had achieved success later in life. He’d been doing a James Brown tribute show in small clubs for years before Daptone’s Gabriel Roth signed him to Dunham Records, a Daptone subsidiary, in 2002. Dunham released a series of singles by Bradley, and in 2011 he completed his first album, No Time for Dreaming. Two more followed: Victim of Love (2013) and Changes (2016). Black Velvet is a posthumous collection of songs taken from Bradley’s sessions for Dunham, but it’s no mere cleaning-out of the vaults. It confirms this great singer’s legacy.

“Can’t Fight the Feeling,” from the No Time for Dreaming sessions, is the kind of 1960s-style soul that Bradley did so well even as he reinvigorated it, reminding us of its continued validity. He pleads and cajoles, his voice fluid and smooth in one phrase, growling and smoky in another. Producer Tommy “TNT” Brenneck led the Menahan Street Band, which backed Bradley in the studio -- their horns swing hard behind the singer, with strong assists from bassist Nick Movshon and drummer Homer Steinweiss, whose kick drum pumps up the music.

Movshon’s bass snakes through “I Feel a Change,” from the Victim of Love sessions, with another great horn chart behind Bradley’s anguished vocal. Brenneck’s chord attacks and trills on guitar bear comparison with Steve Cropper’s understated work behind the great Stax/Volt singers. The title track, an instrumental, shows how skilled the Menahan Street Band is at re-creating a mid-’60s soul groove, with twinkling tremolo guitar from Brenneck, a popping bass line from Movshon, and a stirring horn arrangement. 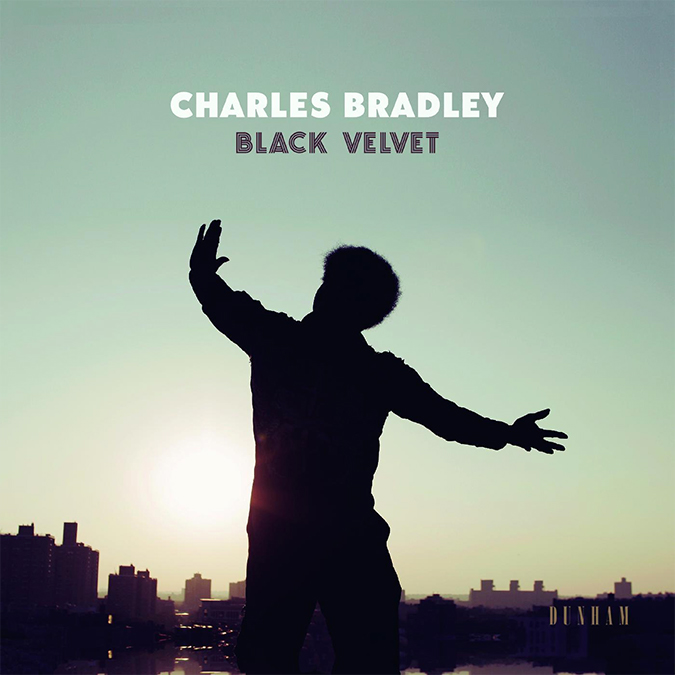 As good as the Menahan Street Band is, “Black Velvet” shows that things really came alive only when Bradley fronted them. Brenneck understands that the key to soul music is simplicity. A cover of Neil Young’s “Heart of Gold” is punctuated by little more than horns and Brenneck’s guitar, but they give Bradley all he needs to put the song across. The fuzz guitar in a cover of Nirvana’s “Stay Away” helps re-create the sound of late-’60s Motown, highlighting the versatility of Bradley and the band, but the performance belongs to Bradley -- the band just helps him claim it. “Fly Little Girl” includes backing vocals by the Gospel Queens, and a swelling Hammond organ solo by Bradley himself.

Like all of Bradley’s recordings, Black Velvet hits all the right marks in re-creating the glory days of soul, but it rarely feels nostalgic, and never dated. The music is fresh, and Bradley’s emotions are real. He learned his craft from James Brown, Wilson Pickett, and other soul greats, then built on their examples. Bradley may have performed his James Brown tribute under the moniker “Black Velvet,” but his records stand entirely on their own.

The LP, pressed by G.Z. Media in the Czech Republic, is very good -- my copy was flat, with a smoothly finished outer edge. The vinyl itself is clean, providing the music with a pleasingly “black” background. J.J. Golden cut the lacquer; he’s given the bass plenty of heft and clarity, and good separation between instruments. The percussion in “Luv Jones" comes through forcefully, and Bradley’s voice is sharply centered and three-dimensional.

Soul singers as genuinely moving as Charles Bradley are so rare that his death leaves an enormous gap in the music -- the fact that he made three strong albums before his death is a gift to those of us who still love soul. Black Velvet is a wonderful memorial; it’s a shame that it’s the last thing we’ll hear from him.