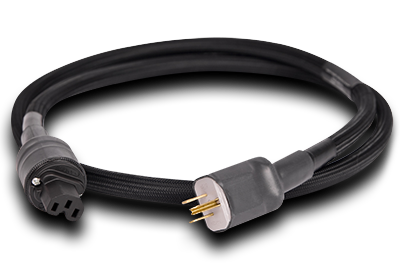 I’ve known Chris and Melissa Owen, of Clarity Cable, for seven or eight years. Like many industry professionals, I was first attracted to them by the CDs they give away each year in Las Vegas, at the annual Consumer Electronics Show. They do this not for money or favors, or to get good reviews or favorable comments in show reports, but because they love music -- it’s their way of sharing something special with other audiophiles. I enjoy talking music and cables with the Owens, and if I miss a CES, next time they always have extras of the discs they gave away the previous year.

Early Friday evening at last winter’s AXPONA show, in Chicago, I found myself rushing to get a friend home before sunset on that Sabbath. As we hurried through the crowded halls, trying to remember how to get to the parking lot, Chris Owen appeared. Oh, no, I thought. He’s going to want to talk, and we’ve got to get out of here. Sure enough, Owen invited me to visit the Clarity Cable room -- he had some “candy” I might want to hear. I apologized, and told him I’d be back the next day. I can’t forget the look of disappointment on his face.

The next day, I discovered that the “candy” Owen wanted to share with me was his own Organic digital interconnect, but not for review; instead, he wanted my opinion of how it sounded in my system. I agreed, took the cable home, listened to it, and was impressed. Owen then offered to let me hear several other digital cables he’d worked on. I told him that I felt his Organic digital cable was good enough to review, and that I’d like to see how it would hold up under closer scrutiny.

As the Clarity cables made their way to my house, I installed them in my system one at a time, beginning with the Vortex power cords, followed by the Organics: the digital interconnect, the analog interconnects, and the speaker cables. Each had the same sonic traits, so my comments below pertain to the sound of the entire loom.

The Clarity wires are all of average stiffness -- getting them to work within the limitations of your equipment stand shouldn’t be a problem. The Organic interconnects can be ordered with single-ended RCA or balanced XLR terminations; I used the former. In terms of appearance, the Claritys are minimalist designs with black-mesh jackets, and shrink-wrap printed with the company’s name and an arrow indicating the direction of current flow. That’s it.

Chris Owen, an electrical engineer with a specialty in precision electrical measurement, is meticulous about preserving the purity of the audio signal by using only high-quality parts and careful internal design. Though the Claritys aren’t much to look at, it was obvious from their sound that the Owens put all of their skill and knowhow into their cables -- and based on how they sounded, they’ve chosen wisely.

The Clarity loom sounded very real. I would be shortchanging it if I said that it sounded neutral -- we all have our own ideas about what neutral means. My first impression was that I could hear more information, on scales both large and small, than I have through many of the cables that have come my way. With the Claritys I heard increased dynamic range, excellent detail, and above-average transparency, but nothing that sounded etched or bright. Music could sound soft or sweet when those qualities were called for, but never short of real, if the recording contained a signal of that quality. The Clarity loom sounded clean and made possible a wide dynamic range, with high impact and drive. The bass was some of the best I’ve heard -- the power of the nether regions seemed greater than what I'm used to. 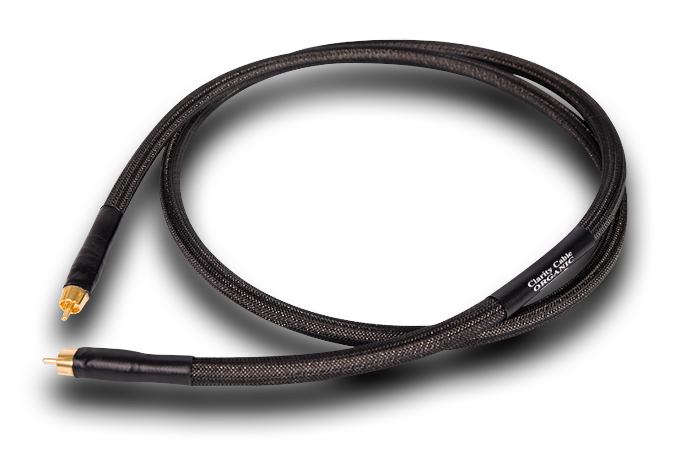 The Claritys reproduced vocal harmonics beautifully. Corrine Bailey Rae’s self-titled album (16-bit/44.1kHz FLAC, Capitol) has a smooth, sultry, lyrical sound reminiscent of those from Norah Jones and Erykah Badu. Her vocal styling was expressive without being overaggressive, in my face, or hard. The Claritys easily conveyed these attributes of her music, and their excellent transparency and retrieval of detail heightened my appreciation of her style.

Another of my favorite female singers is Diana Krall. Her The Girl in the Other Room (16/44.1 FLAC, Verve) is a wonderful album, both for her vocals and for the performances by the accompanying musicians, including Krall on piano. This is a good recording with even better performances, and the Claritys helped convey the music in such a way that each performer had a heightened sense of presence -- they sounded as if they were in the room with me. Everything sounded more real than with my prior cables. Another album with that feeling of “live” presence is Sarah McLachlan’s The Freedom Sessions (16/44.1 FLAC, Arista). The soundstage was wide and deep through the Clarity Organics and Vortex, and Brian Minato’s bass sounded at once strong and easygoing.

Another immensely enjoyable album is the Sheryl Bailey 3’s Live @ The Fat Cat (16/44.1 FLAC, Pure Music) -- another live recording with which you can sit back, close your eyes, and swear that you’re sitting in the club where the music is being made. The Claritys delivered a great amount of detail that clearly revealed room cues and ambient sounds, along with fast transient response that produced very real-sounding portrayals of individual instruments.

One of my favorite classical reference recordings is Saint-Saëns’s Symphony No.3, “Organ,” with organist Michael Murray and Eugene Ormandy conducting the Philadelphia Orchestra (Sony). It was recorded in St. Francis de Sales, a large church in Philadelphia. At the beginning of the first movement, I could feel the air and atmosphere of the church in my room, and the sound of the strings was beautiful. In the second movement, when the organ enters, something special and memorable happened: I’d never heard so much of the subtle nuances and room sounds -- the turning of pages, coughs, sounds decaying into the upper parts of the church -- as when I played this disc in my system with the Clarity loom. 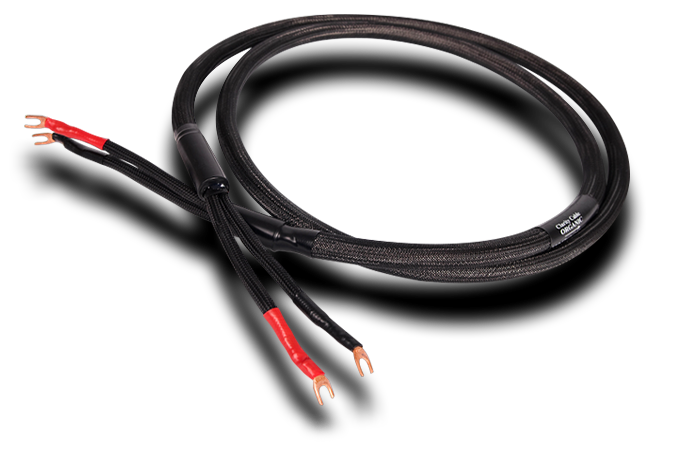 A disc that includes Richard Strauss’s Le Bourgeois gentilhomme and Four Last Songs, with Douglas Boyd conducting the Orchester Musikkollegium Winterthur (24/44.1 FLAC, MD&G), has some of the best orchestral sound I’ve heard. Through the Claritys, this sound was reproduced with palpable bass that had good weight and extension -- and, at the other extreme, the degree of detail retrieved made the triangle sound eerily lifelike. The high point of the album is the singing of Swedish soprano Lisa Larsson. She has excellent control of her wonderful voice, and is able to hit and sustain high notes easily and naturally. The Claritys made experiencing her singing a rewarding gift.

Listening to Jean-Pierre Mas’s (H)ombre (16/44.1, Sunnyside), I appreciated the Claritys’ ability to pass along this album’s rich tonal colors in all their splendor. The bass was deep, powerful, and full, and the midrange had great presence. Through the Claritys, the weight of bass in such tracks as “Poule d’Eau” filled the room. And the upper-frequency clarity of the bird sounds at the beginning of the track sounded so natural that it was as if those birds had flown into my house.

I wanted to hear how the Clarity Organic digital and other cables would sound when fed a high-resolution 24-bit/352kHz recording. For this, I went to the 2L website and downloaded the Allegro of Mozart’s Violin Concerto No.4, K.218, with violinist Marianne Thorsen accompanied by Oyvind Gimse and the Trondheim Soloists. It was a treat to hear what’s available to listeners who take the trouble to put together a server-based front end that can reproduce the genuinely hi-rez downloads currently available, especially if the rest of the system is up to the task. I heard degrees of dimensionality, space, speed, purity of sound, realism of leading-edge transients, and richness of tonalities that I had not thought any audio system could reproduce. The Synergistic Core and Nordost Blue Heaven digital interconnects do credible jobs of conveying the music -- the Nordost sounds airy and extended at the high end, the Synergistic slightly warmer overall -- but the Organic digital interconnect had the advantage of sounding more neutral and lifelike than either. It seemed ideally suited to handle the greater amount of information and speed of the signals fed by my Asus computer to the Playback Designs MPD-3 DAC.

Clarity Cables’ Organic interconnects and speaker cable and Vortex power cord were a pleasant surprise in terms of their, um, clarity. They let whatever music was in the chain before them be heard without getting in the way. I heard higher levels of musical accuracy, definition, and detail with the Organics and Vortex. They presented a balanced sound, and did a good job of not emphasizing any part of the audioband. They also did an excellent job of keeping the rhythmic strands separate, allowing me to follow instrumentalists in even the most complex music. Tonal colors and timbres were readily identifiable, spatial cues between performers were noticeable, and transients were very lifelike.

If your system sounds good, the Clarity products may make it sound even better, and allow you to hear more of what it is you already like about your components. Clarity’s Organic models won’t win any beauty contests, but they were an absolute pleasure to listen to, and I very highly recommend them. This is one set of review samples I will definitely miss.