Nearly every audio journalist I know hates to review cables. Aside from their being lazy buggers, there are some good reasons they feel that way: 1) cables sometimes require lengthy break-in, and manufacturers aren’t always helpful about specifying a break-in time; 2) the differences in sound between cables are sometimes minuscule; 3) cables can sound different from a reviewer’s reference cables without sounding better or worse; and 4) cables’ sound may be system-dependent. But occasionally, a set of cables comes along that sounds so different -- and, sometimes, better -- that we find ourselves coaxed into reviewing another set of cables.

Such was the case with High Fidelity Cables, whose cables are far from standard issue: Instead of electrical conduction, they rely on magnetic conduction. When I first saw the company’s ads, my snake-oil detector went into the red. Now that I’ve lived with them for a while, that detector reads a solid “0”. 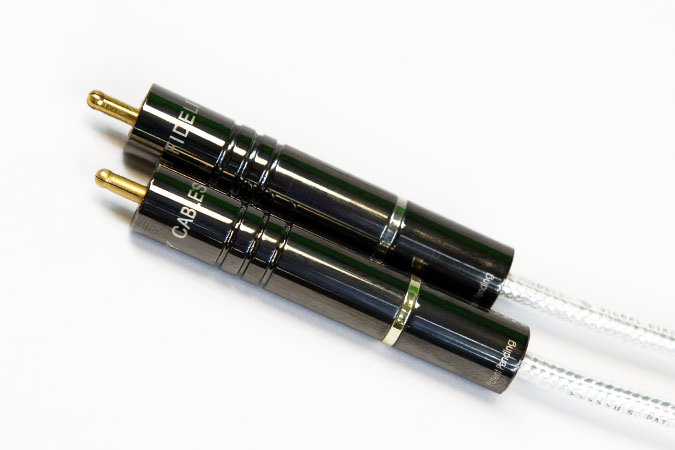 I first became acquainted with High Fidelity Cables when designer Rick Schultz sent me some interconnects to try. One of the curses of being an audio reviewer is that so many of the new products manufacturers are eager for reviewers to hear aren’t so hot; they end up being returned, accompanied by lame excuses as to why the reviewer doesn’t want to write about them. But instead of sending back the HFC samples, I offered to pay for them -- something that’s fairly rare with cables and me. In reply, Schultz claimed that a system wired entirely with HFC products -- digital links, interconnects, speaker cables, power cords -- would sound way better than with just a single run of HFC interconnects. What I’d already heard from those interconnects made me want to hear what might be possible with a full HFC loom.

So Schultz sent me a CT-1 Ultimate S/PDIF link ($2450 USD/1m); three CT-1 Ultimate power cords ($5900/1m cord); two pairs of CT-1 Ultimate unbalanced interconnects ($4900/1m pair); and a set of CT-1 Ultimate speaker cables ($7500/1m pair) -- at list prices, a total of $37,450 worth of wire. With these I could connect all of my system’s primary components except for peripherals like my subwoofer, which was new since the cables were ordered. HFC’s power cords are fairly new; the interconnects and speaker cables have been available for some time. When I received the HFC shipment, only unbalanced RCA-terminated interconnects were available; since then, balanced XLR connectors have been added to the line (the CT-1 Ultimate S/PDIF link has RCAs). Also available is a phono cable terminated with a DIN plug ($1600-$8900). Alas, there is as yet no USB link, but I hope there soon will be. Appropriately for such expensive cables, the HFCs come with a lifetime warranty, assuming the products show no visible customer abuse. 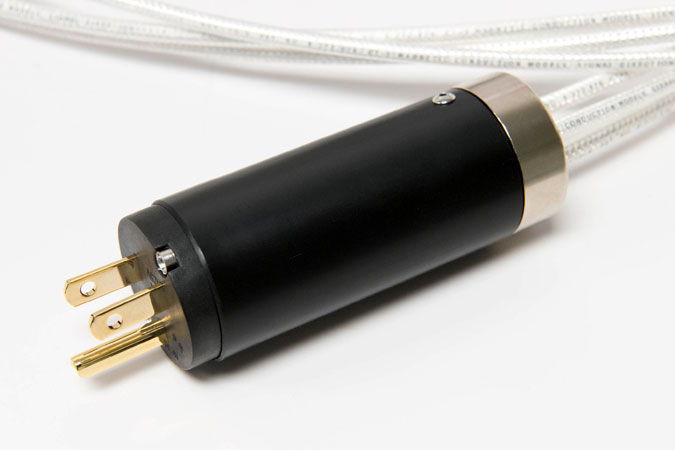 Here’s how High Fidelity Cables explains Magnetic Conduction, as posted on their website: “Magnetic conduction is a new patented form of conduction, implementing specially arranged magnetic fields to concentrate the signal within the conductor. The electrons of the audio signal have a quantum spin which gives them their ‘magnetic moment’ or charge. It’s this charge which allows the electrons to react with magnetic fields. So if we use a magnetic conductor instead of a regular conductor, we can guide the electrons (the audio signal) through the conductor in a very precise way to reduce distortion and signal loss.”

There are zillions of cables on the market competing for your hard-earned shekels, and some of them look like amateur do-it-yourself projects. Not so with High Fidelity Cables. In the photos you’ll see thoughtfully designed, meticulously assembled cables that come as close as any cables I’ve seen to qualifying as audio jewelry. And they feel as good as they look -- very solid, and inspiring confidence that they will, without tweaking or finicky adjustments, provide a firm, reliable connection between components. Rather than buy parts off the shelf, HFC makes its own connectors from scratch -- each of its laboriously hand-assembled RCA jacks has 52 parts, including a magnetized center pin. 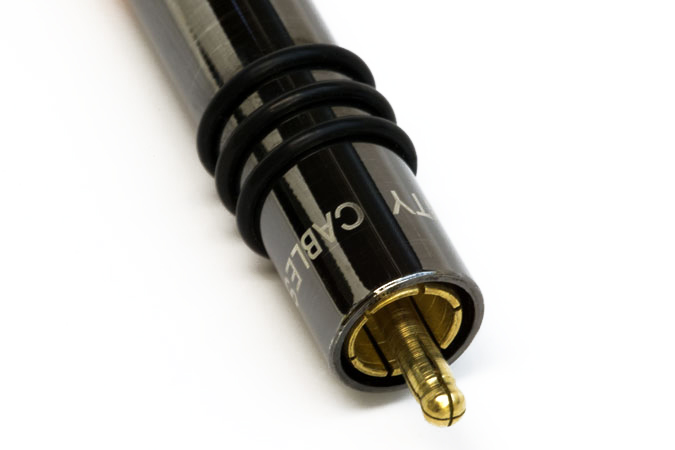 The High Fidelity Cables are heavy -- each has a magnetic booster module at the midpoint of its length. It was challenging to use them with a lightweight component like the Auralic power supply -- the HFC power cord’s IEC plug weighed nearly as much as the Auralic itself, and required careful cable dressing to avoid its dragging the supply off the shelf.

I believe that there are advantages to using a single manufacturer’s cables for an entire audio system. However, over the years, my system has become connected by cables from a mish-mash of brands: Audience, Blue Marble, CablePro, Clarity, Paul Pang, Purist Audio Design. I removed all of these cables from my components and replaced them with their High Fidelity counterparts. The only other difference was that I normally use a balanced interconnect between my DAC and line stage. But at the time of review HFC made only unbalanced interconnects, so that’s what I used. No problems were encountered. Hey, this is a cable review -- how hard can it be? After installation, I broke in the HFCs for more than 500 hours using signals from several digital sources, notably an Auralic Aries streamer, which has an RCA S/PDIF output jack.

The High Fidelity Cables made a major change in the sound of my system. One of the first things I noticed was what struck me as a freedom from overload. It sounded as if a dynamic constriction I’d never been aware of was now gone. On her Simply Eva (16-bit/44.1kHz FLAC, Blix Street/HDtracks), Eva Cassidy’s voice has sometimes sounded a bit strained in climaxes. I’d always assumed that that was a problem in the recording itself, but not so -- no matter how loud the climax, the HFCs revealed not a whit of strain -- as if my amplifier’s power output, which had never seemed lacking, had now increased tenfold. 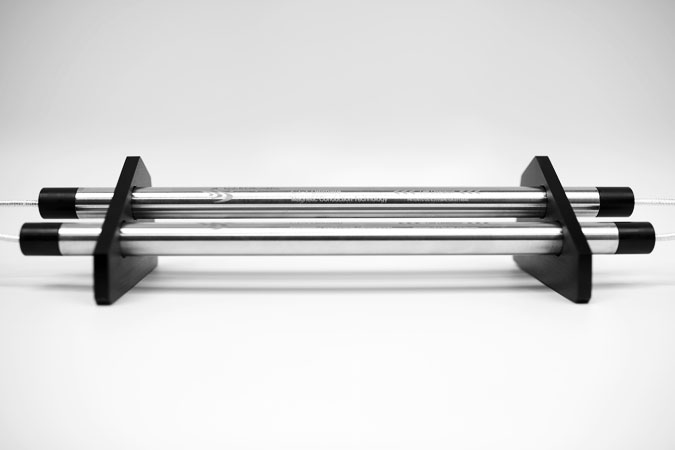 Next up was the Tallis Scholars performing Allegri’s Miserere, from their disc of music by Allegri and Palestrina (24/96 FLAC, Gimell 641). I often use this recording of a cappella choral music to assess how well a component handles soundstaging. The Scholars are separated into two sections: a larger group at the front of the soundstage, and a small group of soloists some distance behind them. The result is usually a startlingly convincing illusion of depth. Through the HFCs I heard an unusually tactile depiction of the entire soundstage -- not only the distance between the larger and smaller groups of singers, and the spread of individual singers in the former across the front of the soundstage, but also a sense of continuity within the entire space: the two groups were clearly singing in the same large room. I’ve listened to this track hundreds of time; this was the first time I’d gotten so convincing an impression of the entire space. I also noticed a slight channel imbalance that I’d never heard before -- additional validation of the prowess of the High Fidelity Cables’ soundstaging precision. The voices in Miserere also sounded extremely pure, and free from distortion and glare. Through some components this recording can have some strain and glare, especially in the solo tenor’s voice; through the HFCs, his voice sounded effortless.

Another favorite reference track is “Folia: Rodrigo Martínez,” performed by Jordi Savall and his ensemble on La Folia 1490-1701 (16/44.1 AIFF, Alia Vox). The percussion instruments, which form the background against which other instrumentalists play, were vividly depicted, with more detail and clatter than I normally hear. The bass drum, which extends into the middle of the 20-30Hz band, was projected with power and impact, and I could hear each stroke of the mallet. I heard details of Savall’s viola da gamba that I hadn’t before, and it seemed I could hear how he drew his bow across the strings. Near the beginning of this piece, a baroque guitar and a harp play similar phrases; through some components the instruments sound similar enough that it’s hard to tell them apart. Not through the High Fidelitys -- the guitar and harp sounded vividly lifelike, and each like only itself. 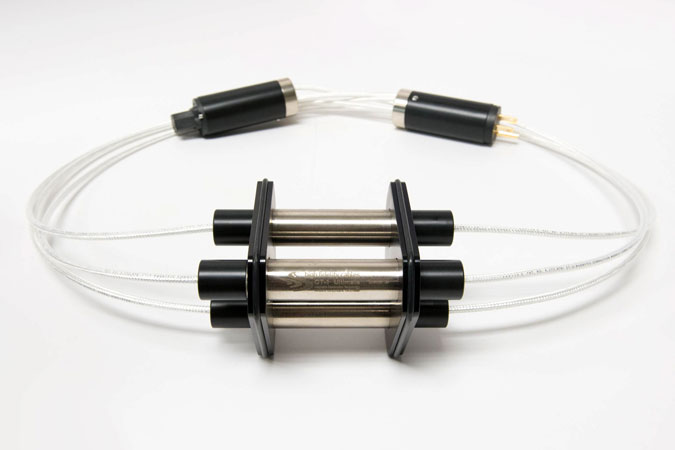 No review would be complete without sampling the soprano voice, so difficult to reproduce. I cued up “Spanish Harlem,” a favorite audiophile track from Rebecca Pigeon’s The Raven (24/176.4 FLAC, Chesky/HDtracks). Pigeon was at the center of the soundstage -- I could hear her articulation of each word with extreme clarity, and the accompanying instruments sounded unusually harmonically full-bodied and detailed.

I could go on and on, citing examples of how the High Fidelity Cables extracted heretofore unheard details, but I think you get the picture. I’m sure you’ve heard similar stories about other cables that revealed previously unheard details, but I’ll wager that some of them did so by emphasizing the highs, making the overall sound bright and edgy. That wasn’t how the HFCs presented detail; if anything, I’d say that, through them, the high frequencies were a bit polite. 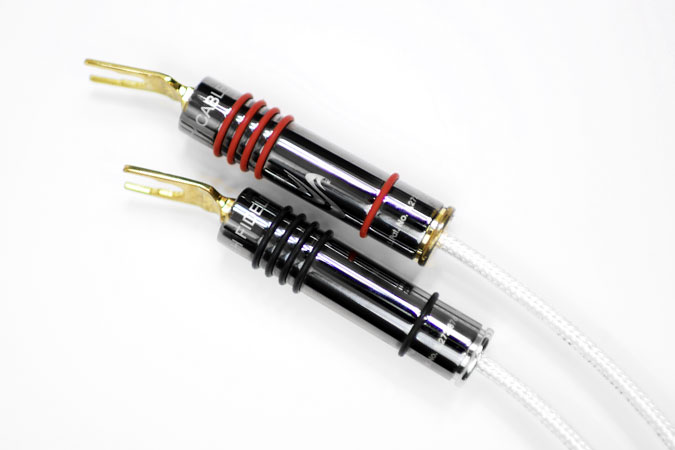 I then replaced the High Fidelitys with my original hodge-podge of wires (approximate total cost $30,000), and played lots of music through my system to reacquaint myself with its sound before keying this impression. But the conclusion was unavoidable: Returning to my own cables was a definite letdown. The overall sound was brittle and edgy, the bass less extended, the harmonic envelopes of instruments not as well defined. With Cassidy’s Simply Eva, I heard that very slight glare that I hadn’t experienced with the High Fidelitys. The sound was slightly mechanical, not quite natural -- instead of music, it sounded more like a hi-fi playing music. I think that’s caused by a less accurate reproduction of the harmonic structure. The Tallis Scholars’ Miserere had the same slight glare, and while the sense of depth was still definitely present, the soundstage was less three-dimensional.

“Folia: Rodrigo Martinez” had plenty of detail, but sounded less continuous and natural -- the High Fidelitys had seemed to go a few hertz deeper in the bass. Finally, Pidgeon’s cover of “Spanish Harlem” still sounded very clean and pure, but not as lifelike as through the HFCs. There was no loss of purity, but the sound was perhaps a smidgen more mechanical.

It’s too bad that cables are almost always hidden behind hi-fi systems; the High Fidelitys easily qualify as audio jewelry. But as pretty as they look, it was their sound that was so flaming gorgeous. Unstrained, detailed, spatially precise, harmonically rich -- I could continue the adjectives ad nauseam. 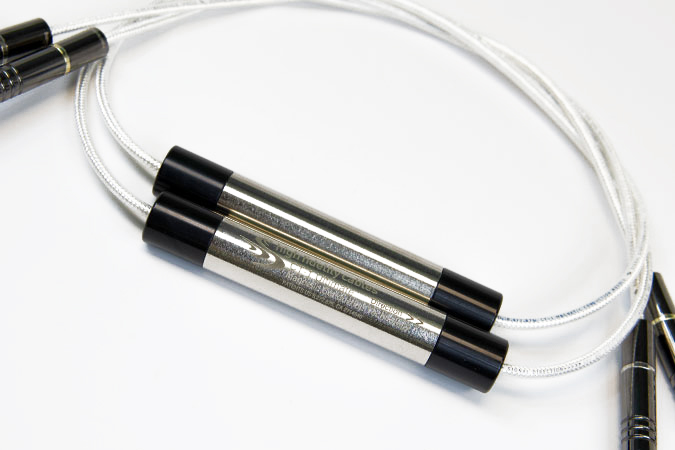 High Fidelity Cables’ CT-1 Ultimate models are the most expensive components I’ve evaluated in my system. Their prices are enormously high -- and so was their sound quality. You can buy many cables that perform very well for much less, but I’m not sure that better sound is available at any price. I’ve surely never heard better sound from my system.

I began this review with a list of reasons I hate to review cables. Here’s another: Now I’ve got to send these back!