When the SoundStage! Network’s Editor-in-Chief, Jeff Fritz, asked if I’d be interested in reviewing a speaker from Audio Physic, I knew little about the German company other than that they’d been around for a while and had produced some highly regarded loudspeakers. I typically review more modestly priced speakers, primarily from North American manufacturers. And while I knew that Audio Physic was well established, I hadn’t known that they’ve been around long enough to have celebrated their 30th anniversary in 2015. 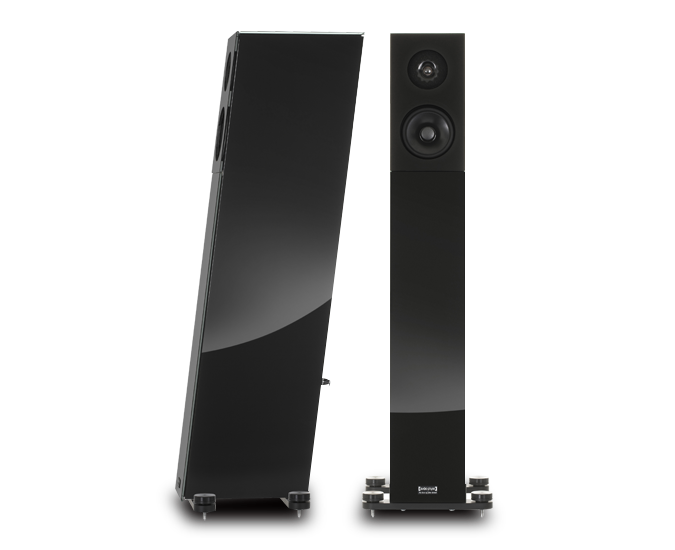 As part of their anniversary celebrations, Audio Physic unveiled a new version of their Avanti loudspeaker, first introduced in 1989. Described as not a mere relaunch but a complete redesign of a classic model that is also a thoroughly modern loudspeaker, the new Avanti benefits from many of Audio Physic’s current technologies and unique design features. I received a pair of Avantis from Audio Physic’s North American distributor, Vana Ltd., who also represents such respected brands as European Audio Team (EAT) and Primare.

Audio Physic’s new Avanti looks like a typical, two-way floorstanding loudspeaker, but there’s much more to its construction than is immediately visible. It may look like a two-way, but it’s actually a three-way design (its woofer is entirely enclosed; more on this below), and has a cone tweeter and a complexly chambered cabinet.

The Avanti is striking in appearance, with a sleek, angular cabinet that tilts slightly back. This results in time-alignment at the listening seat of the outputs of the tweeter and midrange drivers. Three high-quality wood veneers are available standard -- Ebony, Cherry, Walnut -- as well as high-gloss veneers in Black Ebony, Rosewood, black or white, and six special glass finishes. Yes, glass. Not only does the glass look striking in the pictures I saw, but it’s claimed to make the cabinet walls stiffer, to reduce resonances. The Avanti is priced at $7995 USD per pair in standard wood veneers; add $500/pair for the glass and high-gloss finishes. My review samples looked stunning in Rosewood. 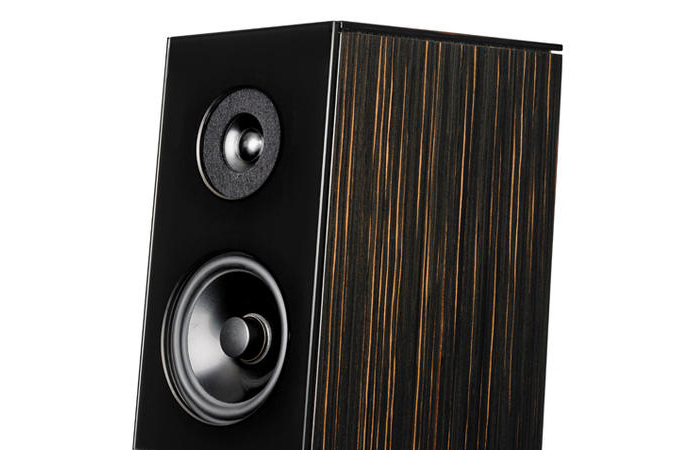 The outer panels of the Avanti’s cabinet, whether of wood or glass, lack flush edges. There’s a small gap along each edge, and a narrow opening behind the front baffle at the bottom of the speaker, so that the 8” woofer inside can breathe. The cabinet’s chambered interior is heavily braced, and the tweeter and midrange are sealed within their own compartments to isolate them from the woofer, which occupies its own slim enclosure at the bottom. Below that, the speaker’s bottom panel is made of a stiff, porous ceramic foam that acts as a resonance outlet. The woofer’s cone fires into the interior of the cabinet; Audio Physic says that this configuration enhances the speed and depth of the bass. The ceramic foam is also used as internal bracing, to provide stiffness and damping. Another advantage of using the foam is the fact that its porosity doesn’t significantly reduce the cabinet’s volume or, therefore, the speaker’s reproduction of bass. 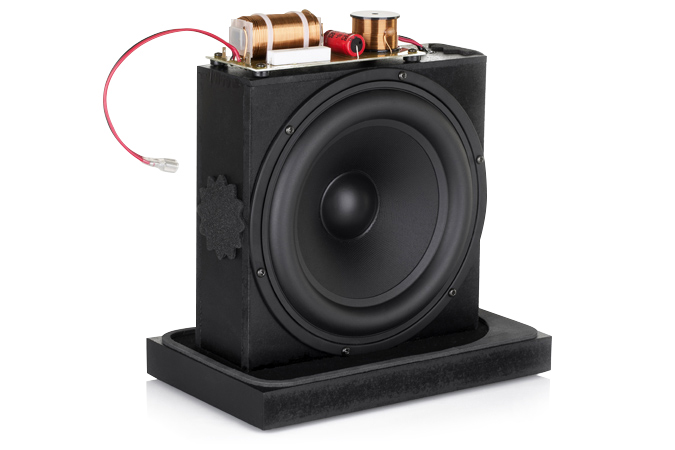 While there’s a lot of originality in the Avanti -- e.g., that stealth woofer -- its most noteworthy feature is its cone tweeter. This looks like a typical dome, but on closer inspection, the dome is revealed to be the dustcap of a 1.75” Hyper-Holographic Cone III. The stiff, light cone is made of aluminum coated with ceramic. The 5.9” midrange is also a Hyper-Holographic Cone III. Its double-basket construction uses aluminum and plastic, the former to provide stiffness and dissipate heat, the latter to damp unwanted resonances. The cone is driven by two powerful neodymium magnets, and has a phase plug of anodized aluminum.

The Avanti uses Audio Physic’s Vibration Control Terminal (VCT) technology, in which each binding post is fitted with a neoprene gasket to decouple it from the cabinet to eliminate unwanted vibrations. To further control vibration, Audio Physic offers optional, magnetic Vibration Control Feet (VCF). They claim that the VCFs interrupt the transfer of vibrations and sound energy from speaker to floor while protecting the floor from scratches. A set of eight VCF II M8s, enough for a pair of Avantis, costs $995. 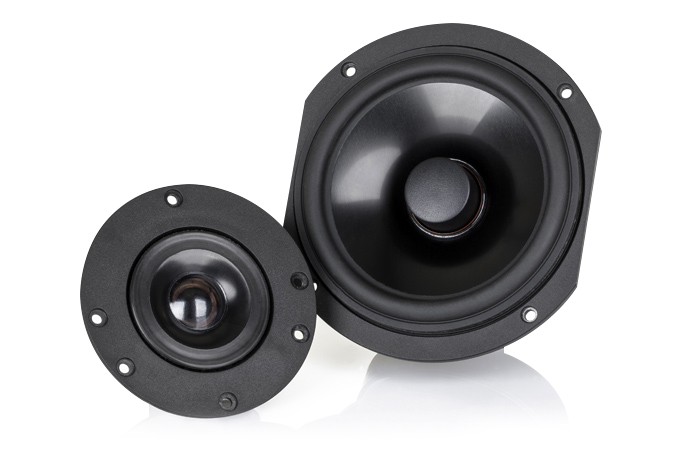 Overall, I was thoroughly impressed by the high quality of construction evident in the review samples.

I used the Avantis mostly with an Arcam irDAC-II digital-to-analog converter that was also in for review, as I found its sound quality irresistible when used with NAD’s Masters Series M27 power amplifier. The Audio Physic speakers also spent some time with my longtime references, Anthem’s Statement D2 A/V processor and M1 power amplifiers. The digital source for both systems was my Asus VivoBook X200MA laptop computer running Windows 10 and foobar2000.

I was a little apprehensive about the Avanti -- cone tweeters are typically more directional than domes -- but if there were any problems with the speaker’s sound in my room, I couldn’t hear them. A few years ago, when we measured Audio Physic’s Virgo 25, which also has a cone tweeter, its high-frequency response at 45° or more off axis did roll off more quickly than those of most speakers, but it also produced a respectably even response when measured across a +/-15° listening window.

I placed the Avantis where I usually put speakers in my listening room: a couple of feet from the front and side walls. They seemed slightly more sensitive to toe-in angle than most, and after experimenting a bit to get the best balance of wide soundstage and precision of imaging, they ended up angled slightly more toward my listening seat than my reference KEF R900 speakers need to be.

Audio Physic’s motto, “no loss of fine detail,” is emblazoned on a badge at the bottom of the front baffle of every one of their speakers, and I think it aptly describes the Avanti’s sound: neutral, transparent, viscerally exciting, and as aurally gripping as the speaker is visually striking.

Adele’s voice in “Hello,” from her album 25 (16-bit/44.1kHz FLAC, XL), was reproduced with powerful realism -- it soared in the chorus, but also had plenty of her breathy, sultry quality in the quieter verses. And the lower register was downright majestic. Without obscuring her words, these small floorstanders filled my room with plenty of deep, tight bass from her piano. The instrument’s body “appeared” solidly at the front of my room, but the lowest frequencies also flowed beyond the speakers, providing a wonderfully holographic aural image. Even at the high volumes at which this track begs to be played, Adele’s voice never sounded shrill, and the piano remained tight and composed. Adele’s first album, 21 (16/44.1 FLAC, XL), has a sparer sound, with a raw but intimate quality that’s challenging to reproduce -- especially her vocal in “Someone Like You.” In the final refrain of that track, the Avantis conveyed the bare, unprocessed quality of Adele’s emotionally expressive, closely miked voice by minimizing the sibilance so that she didn’t sound spitty.

To judge a pair of speakers’ ability to convey illusions of atmosphere and space, I often play “Thunder Road,” from Bruce Springsteen’s Live/1975-85, recorded at the Roxy Theatre in West Hollywood, with Springsteen accompanied only by Roy Bittan on piano and the late Danny Federici on glockenspiel (16/44.1 FLAC, Columbia). Like 21, this is not a pristine audiophile recording, but it captures the essence of a remarkably emotional performance by the artist. The Avantis perfectly reproduced the ambience of a small venue, the small but enthusiastic crowd, and the conviction in the Boss’s performance. In this recording, the piano sounds a little distant and lightweight, and the Avantis did nothing to change that; they also faithfully reproduced Springsteen’s harmonica, which forcefully cuts through the aural darkness of the nightclub atmosphere. With Springsteen’s voice placed slightly forward on the soundstage, I could hear and feel his every vocal inflection as the song built in intensity. The Avantis made him sound so present that, when I closed my eyes, I could picture him hovering anxiously over the mike with all his youthful, earnest energy, his trademark Fender Esquire guitar hanging unplayed at his side. 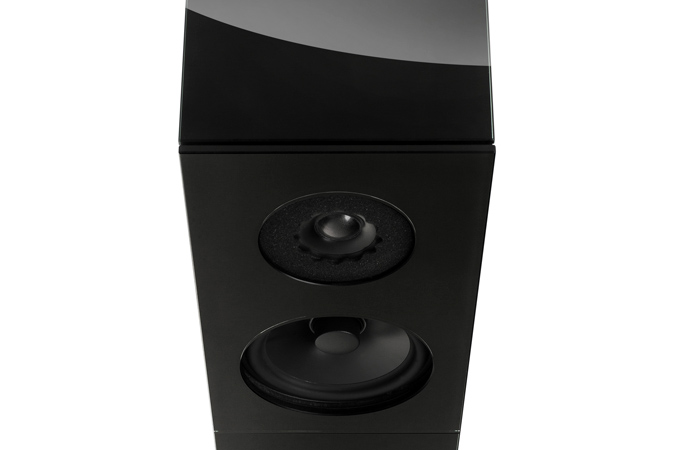 Mark Knopfler’s guitar is anything but silent in his latest release, the soundtrack album for the film Altamira, a collaboration with percussionist Evelyn Glennie (16/44.1 FLAC, Verve). As with many of Knopfler’s recordings, the sound quality is fabulous, especially in the title track, which features, front and center, his crisp playing on acoustic guitar. The Avantis created a deep, wide soundstage, and ultraprecise imaging that I haven’t heard from any of the high-performing speakers from KEF, Definitive Technology, GoldenEar, and Revel that I’ve recently had in my system. The three-dimensionality of the soundstage in “Farewell to the Bison,” with a quietly played guitar sounding distant but very clear, was exquisite. And while the Avantis were able to make that guitar seem as if it was very far away, they were also able to float Glennie’s marimba and percussion dreamily above and in the plane of the speakers, to produce an incredibly deep illusion of space.

For a small floorstander, the Avanti pounded out plenty of tight, tuneful bass from the title track of Billy Idol’s Rebel Yell (24/96 FLAC, Capitol/HDtracks), though it did lack some fullness at the low end. The KEF R900’s ($4999.98/pair) more generous bottom end makes this track sound richer and more satisfying, if at the cost of some loss in bass definition. The Avanti could not play as loud as the KEF -- the guitar riffs and Idol’s voice sounding compressed at very high volumes that the KEF could play comfortably. But the Audio Physic excelled at providing a more expansive soundstage in the final verse, as Idol’s voice echoes at the end of each line. 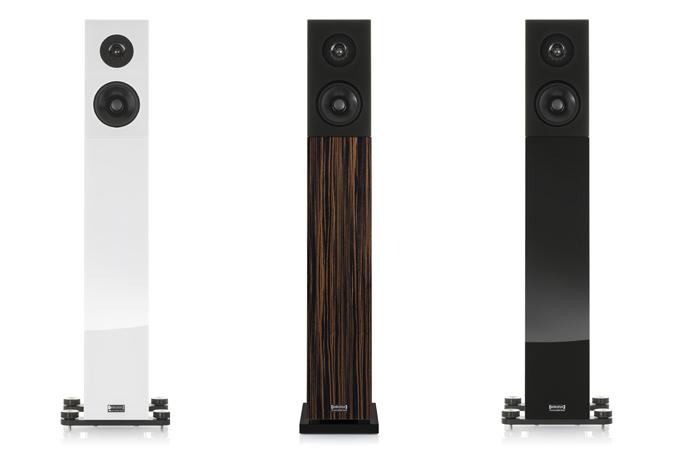 The Avantis’ ability to spread out the soundstage and separate individual elements of recordings made it an imaging champion. The wavering of the notes at the beginning of “Some Chords,” from Deadmau5’s 4x4=12 (16/44.1 FLAC, Virgin), was more distinct than I’d heard from any other speakers with my system, and “Sofi Needs a Ladder” sounded amazingly spacious. The sound of the R900s is slightly more diffuse, which results in less precise imaging and a soundstage that doesn’t extend as far behind the speakers. But whether it was the R900s, the DefTech Mythos ST-Ls ($4999.90/pair), or any other pair of speakers I’ve recently reviewed, none could match the incredible dimensionality of the Avantis’ soundstage.

At a starting price of $7995/pair, the Audio Physic Avanti is not cheap. But taking into account all that it has to offer, that price seems reasonable -- you could spend a good bit more on speakers and not get sound quality at this level. The Avanti is very well built, full of innovative engineering, and extremely handsome -- and its ten-year warranty should provide reassurance.

But the main reasons the Avanti is a great speaker are its exceptionally clean sound and ultraprecise imaging, which give it the ability to create truly holographic images on a wide, deep soundstage. It may lack the ultimate in bass extension, but it can precisely differentiate the low frequencies it can reproduce, further enhancing its ability to provide an expansive sound. I highly recommend the Audio Physic Avanti. In the game of high-end loudspeakers, it’s a serious contender that deserves very strong consideration.