Recording steelpan and other genres of acoustic music on location has been my main focal point since 1983. This portfolio was initiated with a portable Nakamichi DMP-100 encoder and Betamax storage system, in conjunction with a pair of Sennheiser HD 580 headphones for monitoring.

In the 30 years since, my recording suite has gradually evolved, and its epicenter is now a Pacific Microsonics Model One HDCD processor (the HDCD technology is now owned by Microsoft). Signal pickup is via two pairs of powered reference DPA microphones with associated preamplifiers: a cardioid Type 3512 and an omnidirectional Type 4004. An Alesis Masterlink ML-9600 hard-disk recorder stores all recorded information as high-resolution 24-bit files.

Digital and analog interconnects are by MIT and Audience, and I built a headphone amplifier using a discrete-component module from an old McIntosh C33 preamp. This sends a signal very faithful to the original sound to the Sennheiser HD 600 ’phones I currently use for in situ listening while recording. Line conditioning is by an Audience aR6 power conditioner, which accommodates all gear and is usually connected to the mains via a voltage regulator.

We built an audio suite at the shop about eight years ago. Since then, my son Sean has been responsible for editing and mastering all of my real-time recordings for the Sanch label, as well as recent multi-track ones. There are three workstations with software; as well as Oracle turntables, Nakamichi cassette decks, and ReVox open-reel recorders. All are integral to facilitating the new educational software curriculum that I developed, which includes music production, archive transference, and restoration. 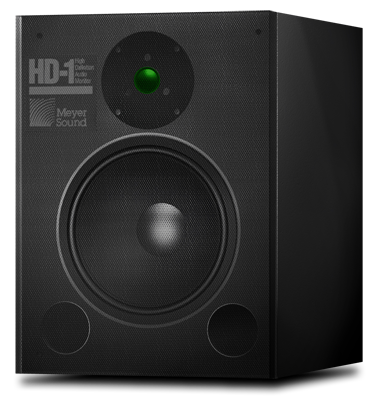 Two Meyer Sound HD-1 powered loudspeakers are used for nearfield monitoring, and are regularly checked with the XLO/Reference Recordings Test and Burn-in CD. I plan to build and commission a surround-sound system in a multipurpose room measuring roughly 24’L x 16’W x 10’H.

My reference playback system is installed at home, five minutes from work, in a living room measuring 26’L x 14’W x 10’H. It comprises an Audience aR6 high-resolution line conditioner, Audience Au24e analog and digital interconnects and speaker cables, a Berkeley Audio Design Alpha DAC, a Classé Audio CA400 power amplifier with CP60 preamplifier, an NAD M5 SACD/CD player, a Nakamichi Dragon cassette deck, and an Oracle Delphi turntable with Linn Ittok tonearm and Ortofon Rondo Blue cartridge. Two PSB Platinum T8 speakers sit on spiked feet that couple them, mechanically and acoustically, to a parquet floor. The T8s are about 3’ from the room’s front and side walls, and are toed-in to the sweet spot of my first preferred listening position, termed intermediate: the center of a sofa some 14’ from the speaker baffles.

My other favorite seat is about 2’ from the back wall, 22’ from the fronts of the speakers. From there the soundstage perspective is totally different; I call this spot ambient, and it’s where I do my serious listening, testing, and evaluation. It also facilitates sitting comfortably at the dining table while making copious notes.

Hence my four frames of reference: in situ with Sennheiser HD 600 headphones, nearfield for mastering with the Meyer Sound HD-1 powered monitors, and intermediate and ambient with the PSB Platinum T8s.

Tweaks to this system have been ongoing since 2008; my first article about them is published here. The World’s Best Audio System 2012 convinced me to purchase a Torus Power AVR 20 power conditioner for my home reference system and a Torus WM90 BAL Automatic Voltage Regulator (AVR) for the studio. The Aurender S10 music server now forms the nucleus of a new computer-based front end.

Much has already been written about these products. However, I must admit to being elated when Matthew Roher, Business Development Manager of Plitron Manufacturing, persuaded me to buy an improved version of their WM90 BAL AVR:

“Simeon, the wall-mount AVR we discussed has an option available that includes transient voltage surge suppression (TVSS). In addition to the non-sacrificial series-mode surge suppression on the secondary side of the transformer, TVSS adds another important level of protection on the primary side. TVSS utilizes industrial-grade Metal Oxide Varistor (MOV) technology. These devices are more robust and have a much longer life span than their ubiquitous, lower-priced counterparts commonly used in consumer-grade surge-protection applications.”

At TWBAS 2012, I also forged a close acquaintance with Charles Kim, marketing director of TVLogic, the Korean company that manufactures Aurender music servers. I’m glad I invested in their model S10, which embodies maximum convenience.

After paying a courtesy visit to the South Korean Ambassador to Trinidad and Tobago, where I live, I recorded Korea’s unofficial national anthem and the folk song “Arirang,” with a six-member steelband ensemble, then presented copies to the Ambassador Wonkun Hwang as a token of my esteem. Charles Kim has promised to make high-resolution files available on the hard drives of Aurender’s upcoming models, including the recently launched W20.

I had never been able to seriously audition any of this collection because the CDs are a veritable minefield of technical challenges. Music on this multitrack production always seemed to originate arbitrarily from incoherent sources, hardly presenting an illusion of musicians performing together in real spaces.

The homogeneous sound is unusually bright and irritating, nothing like the analog counterparts from whence they originated. As a result, I could never hide my disappointment, which frustrated Rhea. But I asked Sean to remaster all 31 tracks using the Model One, which had recently returned from an overdue service in California. I quietly prayed that a combination of HDCD magic, clean power, and an ultraquiet source would yield positive outcomes.

I loaded Sean’s remastered files into the Aurender S10 and compiled a playlist. Besides the Three Degrees’ “T.S.O.P.” and “When Will I See You Again,” it included Billy Paul’s “Only the Strong Survive” and “Me and Mrs. Jones,” Harold Melvin’s “Don’t Leave Me This Way,” the O’Jays’ “Back Stabbers,” the Stylistics’ “You Make Me Feel Brand New,” MFSB’s cover of Sly Stone’s “Family Affair,” Lou Rawls’s “You’ll Never Find Another Love Like Mine,” and People’s Choice’s “Do It Any Way You Wanna.” Before I did any listening, I thoroughly purged the upgraded system with the XLO/Reference Recordings Test and Burn-in CD and left it in quiescent mode, running continually for over five hours.

I plunked myself in the ambient spot, glass of merlot in one hand, notebook in the other, clueless about what to expect. From the opening bars of the Trammps’ “Zing Went the Strings of My Heart,” the system sounded as never before. Between songs it was ultraquiet, and I was completely drawn into the music. Bass was tight, well articulated, and visceral. Moreover, the Classé CA400 was in total control of the speakers at all times.

The colossal soundstage was three-dimensional, transparent, layered, coherent, and palpable; there was no audible distortion, and I experienced no irritation or listening fatigue, even at moderate to high volume levels. Diction was so clear and crisp that I could write down lyrics for chosen selections.

I switched locations and quickly discovered that the sweet spots for intermediate and ambient listening were no longer so narrowly defined; my sweet spots had been replaced by sweet spaces. An obvious question: How much of this was due to HDCD mastering, and how much was the result of all other refinements?

I remembered a sentence from Pacific Microsonics’ famous press release of 1995: “By correcting distortions found in current digital recording technology, HDCD provides more dynamic range, a focused 3D soundstage, and extremely natural musical timbre.” I was more determined than ever to renew my efforts to find a used Model Two processor (new ones are no longer made). 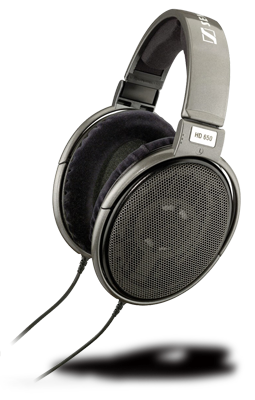 Meanwhile, virtuoso American pannist, composer, arranger, and friend Andy Narell was spending three months in Trinidad, for Carnival, and to arrange his 2013 Panorama piece, The Last Word, for the Birdsong Steel Orchestra. Andy had booked a number of sessions at my studio, and had commented favorably on what he described as “the invigorating sound” of the Meyer Sound monitors.

I envisage the Berkeley Audio Design Alpha DAC being redeployed to studio duty, to be replaced by the newer model at home. My HD 600 headphones could be retired in favor of Sennheiser’s HD 650 flagship model. After these refinements, the only components left unrefined or not upgraded are the power amps and speakers.

Perhaps the foundation for my ultimate system could be a pair of Rockport Technologies Avior speakers, in lieu of their prodigious and far more expensive siblings, the Altair or the imposing Arrakis. Any remaining budget would be dedicated to pre- and power amplification. There has been so much ado about Ayre Acoustics’ KX-R preamplifier that it would have to automatically top that shopping list.

As for power amplification, it would appear that a new generation of class-D amplifiers is providing seriously stiff competition, the latest being Anthem’s Statement M1 monoblock. This (r)evolutionary product from Canada’s audio supergroup, Paradigm, has recently been afforded Ultra Audio's Select Component status by no less an audiophile than Jeff Fritz, editor-in-chief of the SoundStage! Network.

There is no doubt that class-D amplifiers offer excellent value for money, being highly energy efficient. The burning question is whether their sound can rival that of conventional behemoths costing up to ten times as much. Are we to conclude that class-D amplifiers using switch-mode power supplies are the audio equivalents of boxed wine? I discussed this matter at length with one of the world’s foremost and highly acclaimed manufacturers, who wished to remain unnamed.

“As for the comment on class-D amps, it’s for me really simple. When the CD was introduced back in 1983, it was announced that vinyl playback would be dead and gone within five years, which would have been 1988. It is now 25 years hence, and the simple fact is that vinyl is still very much alive but the CD is dying fast; so are SACD, DVD-Audio, etc.

“I think several parallels can be drawn between the expectations of the CD and class-D amps. Not that class-D amps will die -- no, they are here to stay, but in computers, television receivers, and the like; not so much in high-quality audio. They simply do not have the musicality, so here I put them alongside the CD. It’s a fashion right now, but it will go away slowly.”

It should be interesting and instructive to note that this is the strong opinion of the same manufacturer who, in 2012, invested more than $100,000 USD in the promotion and marketing of his own super-amplifiers worldwide, despite globally harsh economic climates. Hmm . . .

Curiously enough, my home audio components, installed or yet to arrive, are all colored titanium or silver. It seems inevitable that these finishes will eventually displace the black that has dominated my listening environment from time immemorial.