Off the Cuff with Gilbert Yeung of Blue Circle Audio

Written by Jeff Fritz
Category: Off the Cuff
Created: 01 March 2011 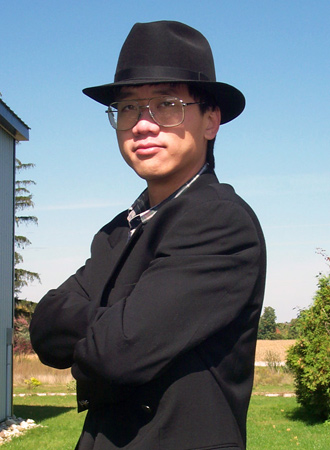 Jeff Fritz: Is point-to-point wiring better than circuit boards in all electronic applications?

Gilbert Yeung: It depends on what a designer wants the result to be and what the product is. The general rule of thumb is: With low-noise, high-gain, low-level signals, use a PCB. With low gain and a higher level of signal, use point to point.

JF: What is your favorite Blue Circle amp?

GY: I haven't designed that one yet.

JF: Have you ever just given up on a design that wasn't meeting your expectations?

GY: Yes. There were two occasions where I gave up on designs. Both designs were suggested and pushed by salesmen. Since then we have gotten rid of all salesmen and haven't given up on a design since.

JF: If you could change one misconception that most audiophiles share, what would it be?

JF: Should audiophiles buy their amp and preamp from the same company?

GY: It depends: Buy what matches and suits their taste. Sometimes the same company, and sometimes not. Audiophiles should listen to their ears and brain and not buy into company marketing BS.

JF: What design criteria define Blue Circle more than any other?

GY: Easy to use, thousands of uses and it is really fun when it is being whipped. You can form it into any shape imaginable and it's a great electrical insulator. It bonds to almost anything. It's also a perfect light diffuser and makes great damping material. When it comes to custom-oriented production, products built one at a time using an adhesive like silicone to build the circuit is better than using a PCB. It takes tens and even hundreds of hours to design and make a PCB. Then we use only one or two? That makes no sense. If we made most of our products with PCBs, there would be no improvement in performance and the cost would go through the roof.

JF: What would you like to design outside of audio?

GY: I don't really know. Never thought about it. Probably won't for a few more years.

JF: What products will you be making ten years from now?

GY: Still the same thing: amps, preamps, DACs, and power-line conditioners. Audio hasn't changed over the past 50 years and I don't see it changing much in the next ten years. We will still need the same things. I don't see us being able to amplify sound from thin air yet.

JF: Would your products be different today had you seen a red circle in the elevator instead of a blue one?

GY: I did see a red circle. In fact, it was the red circle which caused me to make the blue circle.

JF: What frustrates you in high-end audio?

GY: The myths and BS floating around.

GY: Someone who appreciates substance over cosmetic glitz and hype.