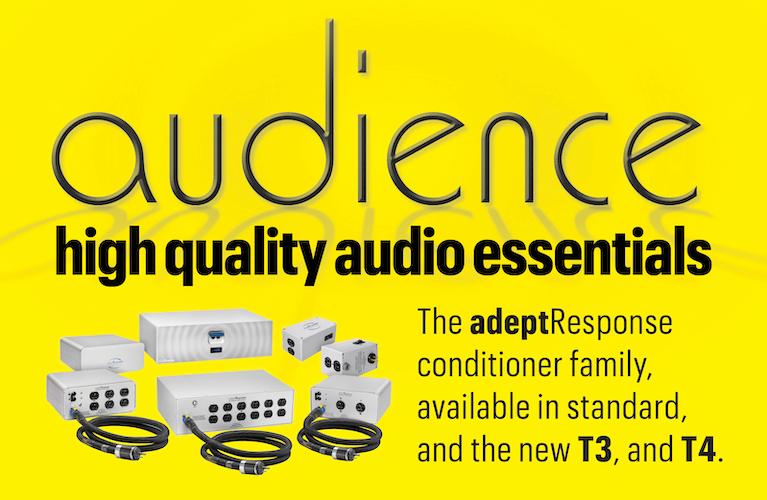 In addition to the new models, Devialet also announced, in Germany, their Speaker Active Matching (SAM) processing: a loudspeaker-specific DSP operation that, Devialet claims, fundamentally improves the performance of the connected speakers in clearly audible ways. In order for SAM to work with your particular speaker model, Devialet must be able to measure a sample of it. Once that’s done, Devialet makes available on their website a SAM file for that speaker. The Devialet owner then goes into the online SAM database, downloads the file for that loudspeaker to an SD card, and inserts the SD card into his or her Devialet to upload the data. SAM processing is then available via the Tone button on the Devialet remote control. Having a pair of Magico S1s -- one of the 15 speaker models for which SAM processing was available when I wrote this -- I was ready to give SAM a whirl, to see just what improvement, if any, it might work in the sound of that already fine product.

SAM processing works in the time domain, and only below 150Hz. Although it’s difficult to figure out from Devialet’s white paper precisely what SAM is doing, I found one sentence illuminating: “SAM prevents any delay between bass and the rest of the spectrum, avoiding the effect of the phase rotation at the vicinity of the natural low-frequency cut-off of the loudspeaker.”

With SAM activated in the Devialet 120, its effect on the Magico S1s was clearly audible from the first note of bass guitarist Jonas Hellborg’s solo album The Silent Life (16-bit/44.1kHz ALAC, Day Eight Music). If you like listening to a solo bass guitar, this disc is for you -- and, as you might imagine, it has copious amounts of content below 150Hz. It’s powerful in its sound, and rhythmically nuanced -- from the bass guitar! The music sounded deeper, cleaner, and fuller in the bass. It also seemed a touch louder, though there was no change in SPL as measured from my listening seat. In short, the bass range was improved in every performance parameter. Hellborg’s bass guitar was easier to track, minute dynamic fluctuations were more discernible, and any hint of nonmusical sounds from the speaker were lessened. Although SAM is not a room-correction system, it sounded as if all my room’s bass nodes had been removed. It was quite something.

Would I buy a Devialet for SAM alone? I just might, if my loudspeakers were included in the database. SAM sure made a significant improvement in the sound of the Magico S1s. But there’s a more important thing to note about my time with the Devialet: Even without SAM, the Devialet 120 provided the best amplification I’ve ever heard with the S1s. And here’s where things got weird . . .

Because the Devialet 120 with SAM sounded so good with the diminutive S1s, I figured I’d try it with Magico’s enormous Q7s, a pair of which sat in the background in my room. I’ve struggled a bit to find appropriate amplification for the Q7s. I’ve tried numerous amplifiers, and up to this point the best partner for them had easily been Gryphon’s Mephisto -- which costs $57,000. Nothing else I’d tried had been as satisfying.

To begin with, the Devialet 120 is the quietest amplifier I’ve experienced. As soon as I hooked it up and turned it on, I knew something was different. I put my ear right up against a Q7’s tweeter and . . . nothing. I’d never had that happen before, and I didn’t believe it was happening this time. So I walked over and turned off the air-conditioner, which, although very quiet in my room, I figured might be masking the sound a bit. Still nothing from the tweeter. Hmm.

The only other source of noise in my Music Vault listening room is the almost-imperceptible sound from the hard drive on which I store my music. I turned that off, too, and again put my ear as close to the Q7’s beryllium dome as I could manage without actually touching it. I think I heard the faintest of noise, but I can’t be sure. It might have been something else.

The Devialet was that quiet. With most other amps -- even really good ones -- you can hear some hiss from as far as 2” or 3” away from a tweeter. Is the thing even working? I thought. It absolutely was on, but nothing coming from the speakers indicated that.

Of course, the only thing that really matters is how the thing sounds with music playing. I wondered if the 120 could competently power the Q7s and, if so, if it could do so in a manner I would enjoy. I cued up Jonas Hellborg again and cranked up the volume. 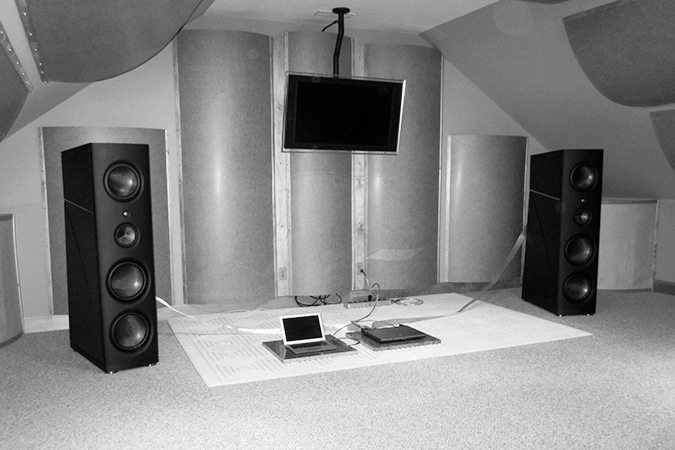 I could not believe my ears. The Q7s’ bass was now superior to anything I’d previously heard from those speakers, in my or any other room. It was the most profound bass I’d ever heard, period. Like nothing I’d experienced before, the Q7s were energizing my room and my entire house. As she ate her breakfast downstairs in the kitchen, my nine-year-old daughter thought something was seriously wrong. It was crazy. The bass was articulate, as tight as a drum, punchy, weighty, with slam galore. I could hear everything, with absolutely no hint of boom or bloom, but also with no dynamic constraints. It soared and plummeted and moved me. Again and again. I just sat and listened.

And then I did what any audiophile would do: I played album after album, from many artists working in many genres, reveling in this newfound high fidelity. Could it really be sounding this good? This is not a review per se, so I won’t give you a blow-by-blow, track-by-track account. What I can tell you is that I’d never heard music sound this good in a home. As I write this “Opinion,” I’m blown away by the implications of the effects the Devialet 120 will have on my listening and the writing that I will do from now on about other products. The phrase is too often carelessly used, but for once it’s an accurate description: It’s a paradigm shift.

Did I hit a volume limitation with this smallest Devialet model? Yes and no. I cranked up the Hellborg album to within about eight clicks of maximum volume. At that SPL, about 98dB at my listening chair, the whole house was flexing -- and it felt as if the Magicos still had some headroom. But the sound was utterly clean and oh, so lifelike. Ultimately, I think the Devialet 200, or even the 400s, would be a better match for the Q7s, given the fact that this speaker can clearly play in excess of 115dB -- the headroom of the more powerful Devialets will matter to some folks. Still, I’d take the 120 over a conventional amp -- even with the rarely-if-ever-exposed “weakness” of its power rating.

This article will upset audiophiles who won’t want to believe that something as inexpensive as the Devialet 120 can be this good. I’m kind of upset myself -- I didn’t want to believe it. I’ve had Boulders, Halcros, and all sorts of great amps in my home over the years. The best of these brutes have been extremely good, and I’ve had some profoundly satisfying listening sessions with such products. Maybe I should have left well enough alone.

But the fact of the matter is that the Devialet 120 produced a quality of sound that I’d never before heard. Nor did I have to strain to hear it.

“Is Devialet really, really better than everything else?” I’ve definitively answered my own question -- at least, to my own satisfaction.

My advice: Don’t go near one of these things without being prepared to buy it. It’ll ruin you for anything else. For the folks at Devialet, that’s an extraordinary accomplishment.