Do You Always Get What You Pay For? 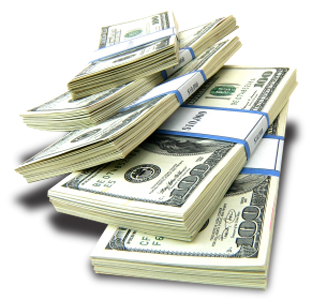 How many times have you heard a reviewer state something to this effect: "It should sound better, given the price"? I know I’ve said it, and I know that, at one time or another, I’ve seen something like it from most of our reviewers. And I’ve read it in other magazines, not just those covering audio equipment.

In a perfect world, the more expensive component always would sound better. But here in the real world, we know that too many variables are in play for us to be able to assume that higher price automatically means better sound.

The first of these variables are economies of scale: Large manufacturers have more buying and manufacturing power than smaller companies, a fact that was made abundantly clear to me when I walked through the Paradigm factory. The company makes a gazillion pairs of Atom loudspeakers a month, which means that an Atom’s constituent parts can be produced by Paradigm in huge numbers. This is not a situation in which one skilled worker is being paid a premium to build one box at a time. It’s one huge machine producing box after box for hours, days, weeks on end. Such efficiencies translate into a lower unit price. If a smaller company had to build an Atom of equal quality, it might cost them twice as much to do it, and they’d have to pass on that cost to the customer -- which challenges the assumption that a higher price buys a better component.

Some variables are less obvious.

The prices of imported goods are affected by distributor markups and fluctuating rates of currency exchange. If you’re shopping in North America, you’re probably aware of the relative weakness of the US dollar and the subsequently higher prices of European-made goods. Add to that the likelihood that those goods are distributed and serviced by a company based in North America, which must make its own profit for such services, and the end-user price can be extremely high when compared to similar products made domestically. The same holds true for gear made in North America and sold overseas: It costs more than the local stuff. What would be the price of that German-made $30,000 preamp or that $75,000/pair Danish speaker if either were produced in North America and distributed to local dealers directly by the manufacturer? Half the cost? Less? High-enders are a pretty astute bunch, so perhaps you’ve already considered that one. There are good deals on European gear in North America, but you have to look carefully. This is best researched on a case-by-case basis.

The last variable on my list is the dirty little secret of high-end audio. Some of the really expensive gear is poorly engineered, and some of it isn’t really engineered at all. It might be big and heavy, with a fancy finish or an inch-thick faceplate, and such details might make it look like a crazy-good thing. But the reality can be that it might not be very good by any standard. It’s high-priced because it’s high-priced.

The classic example is the Talon Khorus loudspeaker, reviewed by SoundStage! in 2000. The measurements revealed a loudspeaker that was a dismal transducer. But it retailed for $14,000/pair, and several reviewers went gaga over it. Had they been impressed by the price? The cool shape? Over time, Talon went out of business and the Khorus disappeared from the scene, even when the Talon brand was briefly revived. (I’m not sure of Talon's fate as of this writing.) Most listeners, too, eventually figured out that the Khorus sucked. In such a case, the question isn’t whether there’s a speaker as good that costs less, but whether or not there’s a speaker that costs less that isn’t better.

Last week I received an e-mail from a reader that made a pretty astounding argument against an $8000 preamp. I haven’t yet investigated it to my satisfaction, but if his account is 100% correct, then this could be the latest example of high-end audio’s dirty little secret. Basically, this $8k preamp arrived with so many technical problems that it just plain wouldn’t work. And between the Talon Khorus of a decade ago and last week’s mystery preamp, quite a few other examples have come to my attention.

The components that make up my reference system are expensive: Rockport Technologies Arrakis loudspeakers ($165,000/pair), Boulder Amplifiers 2060 power amplifier ($44,000) and 1010 preamplifier ($14,000), and Weiss DAC202 D/A converter ($6670). I’ve done due diligence and determined to my satisfaction that these products, though expensive, are expertly engineered and manufactured, and perform better than the like-priced components I’ve compared them with. They’ve passed my listening tests with flying colors. Can they be bettered for less money? Perhaps, but I’m not sure.

It’s not that high-priced high-end components can’t be worth every cent charged for them. Some are, and I’d argue the case for each of the reference components I’ve just listed. My point is that you can’t assume that, just because a product has a high price, it’s better than something that’s less expensive -- or even as good. You have to delve into the hearts of these products to determine their true, intrinsic quality. From that, you can determine what they’re worth to you. In some cases, maybe a pile of gold; in other cases, they might be a complete ripoff.