I don’t have all of this figured out yet, but I know where I’m not going, and that establishes some upper price limits for the components that will eventually comprise my new stereo system. To review where I’ve come from: 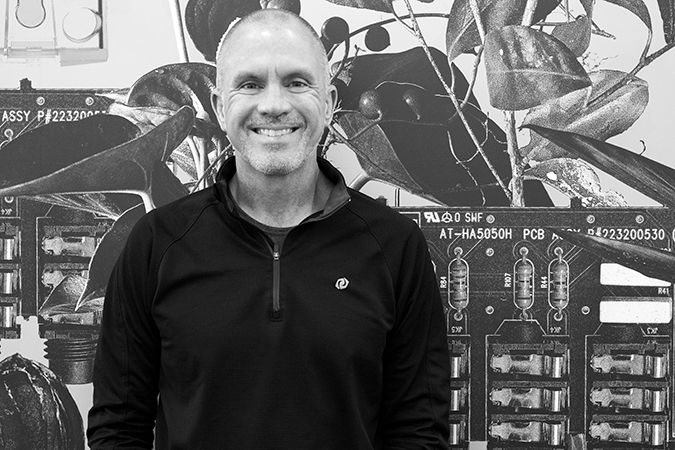 My last stereo system -- Magico Q7 Mk.II speakers, Soulution 711 power amplifier and 560 DAC, Nordost cabling -- retailed for a total of over $350,000. My next system’s total price will be significantly less. Here’s what I’m thinking in terms of speakers, which is where I always start when building a system.

First, I can see going up to $39,900 for speakers (all prices USD retail per pair). I specify that amount because of one model at that price that I think holds great promise, though most of the speaker models I’ve been thinking about cost less. I’m doing my best to keep an open mind, but there are some requirements that make sense for a review system. If I end up with a dynamic loudspeaker, I want at least a three-way model -- I’ve got to have good power handling and the ability to drive a large room with clean sound. That means, in all probability, a floorstander, but if it were a largish three-way stand-mount design, I wouldn’t rule out a subwoofer to fill in the bottom end. Of course, that would create a 3.5-way or four-way speaker system. Still, in what follows you’ll see that I don’t venture too far outside my comfort zone of multi-way cone-and-dome loudspeakers, though I could see buying an electrostat or ribbon, given the right product. 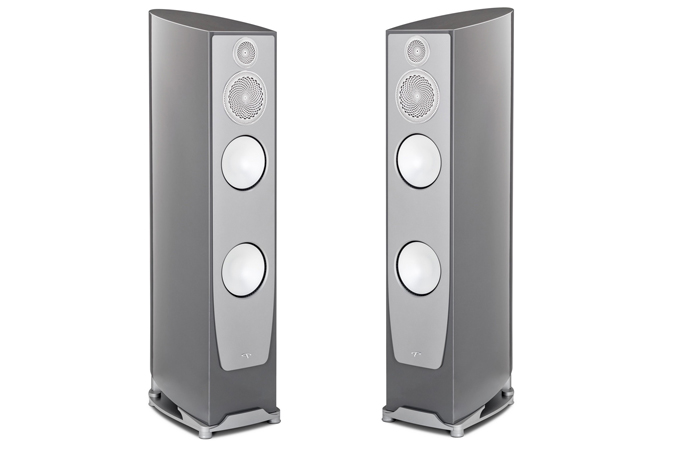 I’ve been listening to Dynaudio’s Contour 60 ($10,000, reviewed this month) and TAD’s ME-1 ($12,495, plus $1795 for stands), but other models have been on my radar. On October 15, our own Aron Garrecht’s review of Paradigm’s Persona 7F will appear right here on SoundStage! Ultra, and at $25,000, the 7F is squarely in my sights. I heard a pair of them at Munich’s High End last May, and they sounded smooth and full, with precise imaging. They didn’t have the overblown bass I’d heard at High End 2015 from Paradigm’s Concept 4F, the prototype the Persona line was derived from. The more expensive Persona 9H ($35,000) would be a possibility without question, but its powered bass section would make it unsuitable for reviewing amplifiers, and that’s a problem I can’t live with. The 7F is the second from the top of the Persona line and is completely passive. 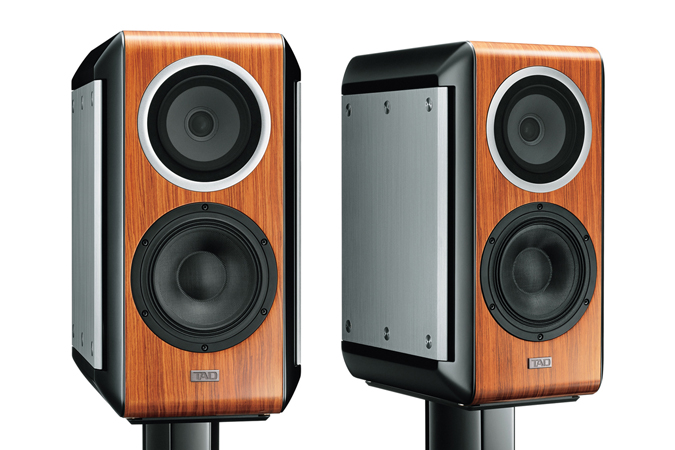 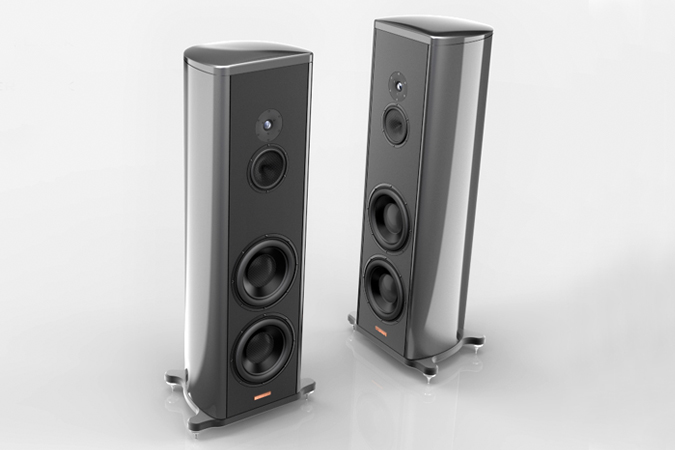 I owned Magicos for years -- first the Q7s, then the Q7 Mk.IIs. I know the brand well, and am super-comfortable with what they give you for your money. Lots of folks have postulated that the S5 Mk.II ($38,000) is a sweet spot in the company’s line, for reasons I think are sound: Its two 10” woofers promise excellent low-frequency extension, and its graphene midrange and diamond-coated beryllium tweeter would give me more than a hint of what I got used to with the Q7s. In my opinion, this 220-pound, aluminum-based loudspeaker represents great value, not only among Magico models, but in the high-end speaker market at large. 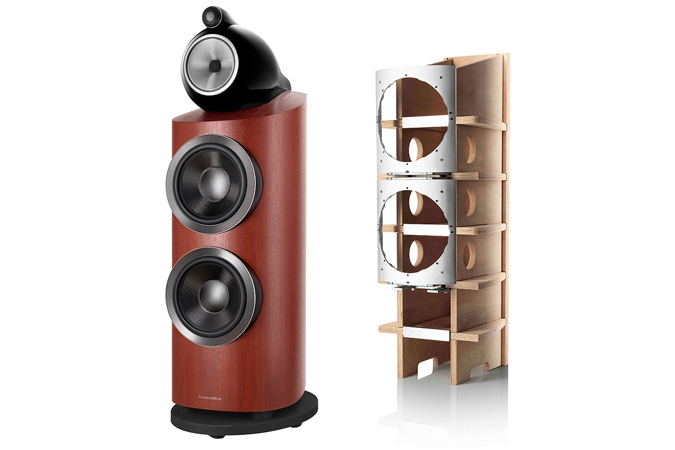 The Bowers & Wilkins 800 D3 ($30,000) is a large, three-way speaker with two 10” Aerofoil woofers, B&W’s new Continuum-cone midrange, and their latest diamond tweeter mounted in their aluminum Turbine head. The 800 D3’s cabinet appears to be even more robust than that of its predecessor, and B&W’s Matrix technology of internal bracing is now buttressed by aluminum and steel reinforcements. It’s refreshing to get all that a speaker company can offer in terms of build and technology for “only” 30 grand. That’s an attractive proposition for me, and fits what I’m trying to do: maximize sound quality and value. 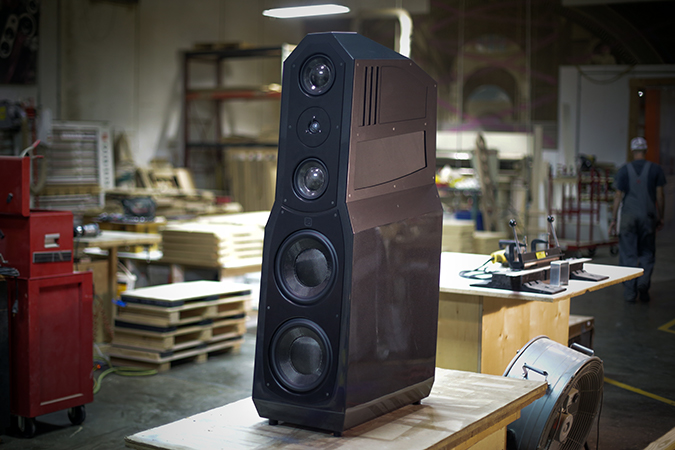 OK, that $39,900 speaker I mentioned at the outset? It’s the new EgglestonWorks Viginti. Last May, at High End, I saw and briefly heard the Viginti, introduced to celebrate the 20th anniversary of EgglestonWorks’ venerable Andra -- but it’s hard to judge a loudspeaker under show conditions. In the Munich airport, before we boarded our flights home, I talked with company president Jim Thompson about the Viginti’s design, and he wove quite a story about the pains EgglestonWorks took in the design stages. I won’t get into all that here, but it was clear that some intense brainpower had gone into the engineering of this speaker. It lies at the outer edges of my financial comfort zone, but it might offer all I need in terms of performance.

Next month I’ll run you through my thoughts on electronics, and be more specific about the total price of the system I’ll eventually own.