Last month I established an upper limit ($10,000 USD) on what I’d spend on a DAC with a built-in volume control. For my present system I can’t justify an analog preamplifier, with its banks of analog inputs of which I’d use precisely one -- though I do miss, on some sentimental level, the very last analog preamp I owned: an Ayre Acoustics KX-R Twenty. But unless you have multiple analog sources (I don’t), there’s no need for the extra box and interconnects an analog preamp would require. But I do have multiple digital sources, so I need digital switching and, of course, the ability to adjust volume. 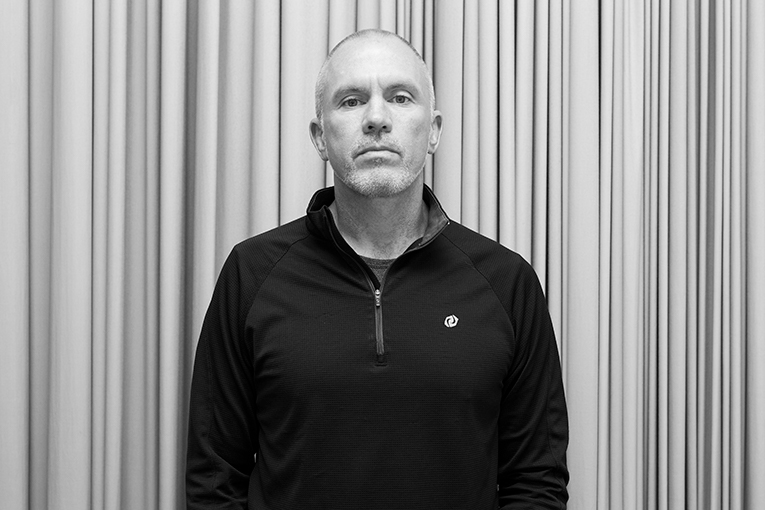 Whatever DAC I eventually commit to will have two digital sources connected to it: an Oppo BDP-103 universal BD player connected to my network via an Ethernet cable, and an Apple MacBook Pro laptop computer. Via the Oppo’s Media Control app I stream Tidal and Netflix, can spin BDs, access an external hard drive full of music files, and, once in a great while, play a CD. I connect the Oppo to my DAC with a coaxial digital cable. My laptop is my go-to digital source component for critical listening: I use it to stream Tidal through Roon, and also connect to it an external hard drive with all sorts of music files at all kinds of resolutions. I use USB to connect laptop to DAC. With those two digital devices, I’m a happy audiophile with access to an almost unlimited supply of music.

I like the simplicity of having those two sources connected to a single DAC that drives my power amp. My musical needs are met, and there isn’t any wasted hardware or extra cables. The $10,000 price limit I put on such a component, I admit, was chosen as much by gut instinct as by anything else. I just don’t think state-of-the-art digital sound should cost a fortune, and my experiences over many years have borne that out. Many audiophiles, and some very good engineers I’ve spoken with, have come to similar conclusions. As for what I need in a DAC, a good volume control is at the top of the list. The connectivity options included with any modern DAC will present no problems, particularly with my personal requirements of only coax and USB. 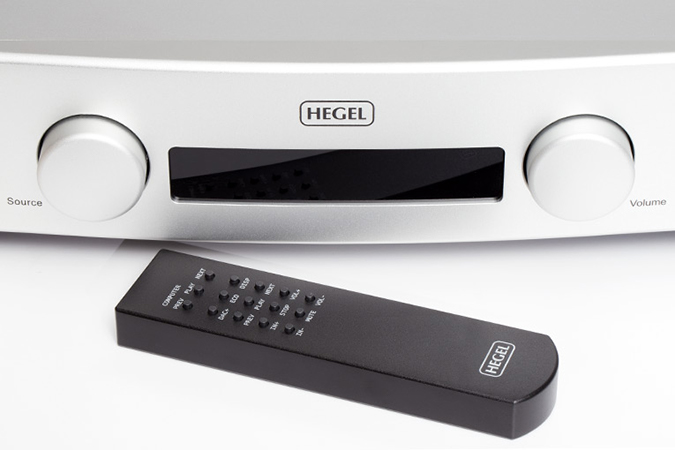 Despite the fact that there are DACs that cost tens of thousands of dollars, many respected high-end companies’ top digital front ends are available for much less. Take, for instance, the DAC I’ve been listening to the last few months -- the Hegel Music Systems HD30 ($4800). I’ve grown to admire the HD30 quite a bit in my time with it. Its sound is superbly transparent and very refined, especially through the midrange. I like the fact that it has no identifiable sound of its own, and that its volume control has worked with quiet precision on every amp I’ve paired it with. Its build quality isn’t over the top, but it’s solid, ruggedly constructed, reliable, and ergonomically simple to operate. A big plus is the price -- it says something that the best DAC Hegel could design costs under $5000. Hegel’s designer, Bent Holter, knows what he’s doing -- I’ve heard multiple good-sounding DACs from him through the years, and the HD30 is the best so far. At this point, it’s the leading candidate in my search. 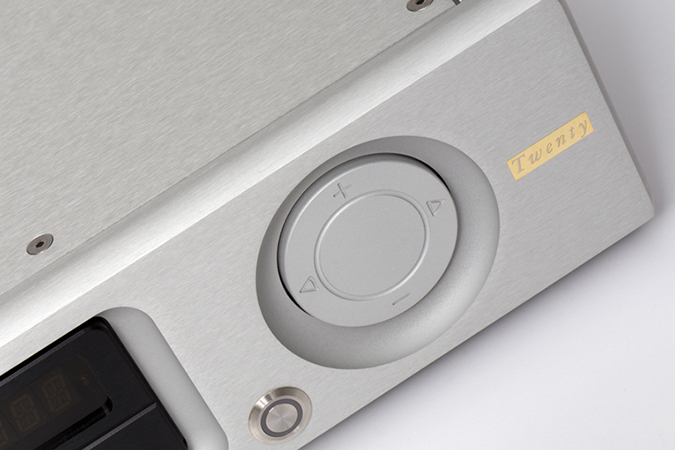 My prior experience with Charles Hansen and his fine R-series components means that his top DAC, the Ayre Acoustics QX-5 Twenty ($8950), must also be on my list. It’s the most expensive DAC I’m considering, but there’s good reason to include it. With its ES9038PRO DAC chip from ESS Technology and its plethora of Ayre technologies -- such as its Diamond output stage -- designed to make this thing sound good, I can’t imagine that its sound will disappoint. 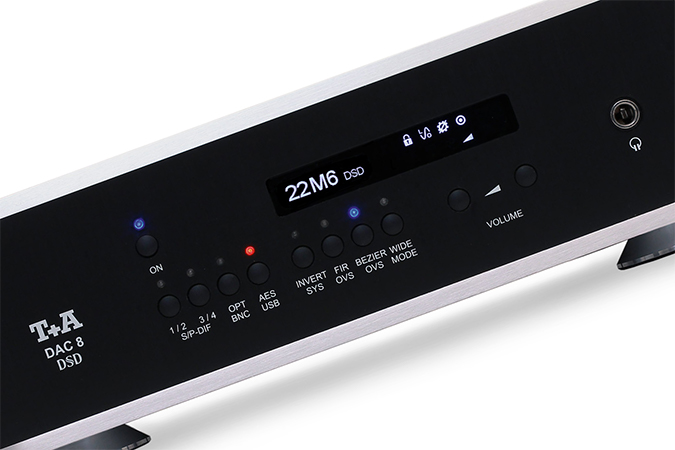 The T+A Elektroakustik DAC 8 DSD ($4190) has two design features that intrigue me. First, the conversion of DSD and PCM audio signals are optimized separately within the DAC 8 DSD’s decoding architecture: a 32-bit Sigma Delta converter for PCM, a separate 1-bit converter for DSD. Second, the volume control is an all-analog design: there’s no loss of resolution at low volume levels, as can be the case with poorly implemented digital volume controls. The DAC 8 DSD may be small and physically unimposing, but don’t underestimate its seriousness. 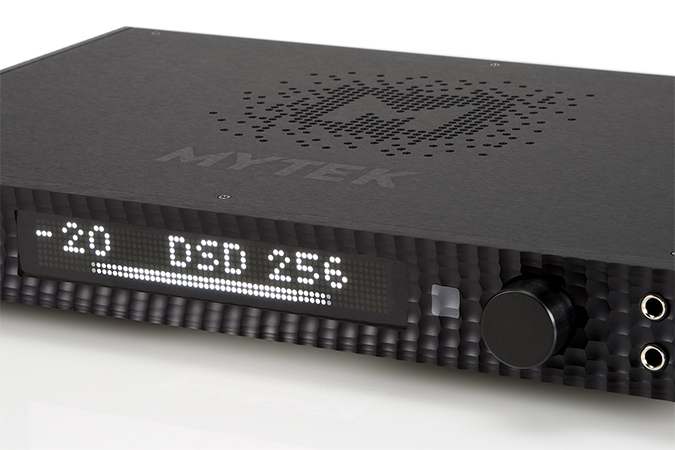 The Mytek HiFi Manhattan II ($5995) has some design elements of its own that make it interesting. The Manhattan II has two volume attenuators, digital and analog. Of course, this lets users experiment with the type of volume circuitry that best suits their listening habits and choice of amplification. Mytek claims that the Manhattan II’s Femto clocking system achieves extremely low levels of internal jitter, and that the separate transformers for the digital and analog sections lower noise and crosstalk.

I know some folks will wonder why I’m not considering something from the likes of dCS or Esoteric, who both make fine products. First and most obvious are the prices of such components, and what I can justify spending. When I look at flagship speakers I see huge cabinets, often made of materials that are a lot harder to machine than wood, and large numbers of exotic drivers and complex crossovers. In such products, which often weigh hundreds of pounds, I can see where the money goes. Same for power amps with big heatsinks, banks of output devices, and large-diameter, heavy transformers. But I just can’t wrap my head around the prices some companies charge for their digital components. What I typically see in the more expensive digital systems are more boxes that are more extravagantly built, but what’s inside seems largely the same as models costing less. When I listen to these digital megasystems, I often hear great sound -- but I also hear great sound from more moderately priced digital gear. I find that speaker quality and room acoustics play bigger roles in a system’s sound quality than do the differences between a $5000 DAC and a $50,000 DAC. For me, the bottom line is this: I have no need for trophy hi-fi, and therefore no need to spend car money on a DAC. Your mileage may vary.

And that’s it for “Jeff’s Getting a New Stereo System” until I actually buy the first component of my new system. That may be next month, or maybe a few months from now. Either way, I’m done with conjecture. Next, I’ll try to listen to a few more models. Then I’ll bite the bullet and start building my new stereo. It won’t be as pricy as the systems I’m used to, but if I meet my goal, its sound will be just as satisfying. Let’s see if that can be achieved.