The months I’ve spent thinking about and writing the series of “Jeff’s Getting a New Stereo System” articles have taught me some valuable personal lessons. For one, I don’t seek out trophy hi-fi gear anymore. I’ve had more than a few manufacturers tell me in private that they make some models priced in the six figures simply because some rich guys want to spend that much. The practice is commonplace, but I no longer aspire to be one of those rich guys, or to own or even be loaned for review the kind of gear designed for them. If you do, more power to you -- but it’s not me. 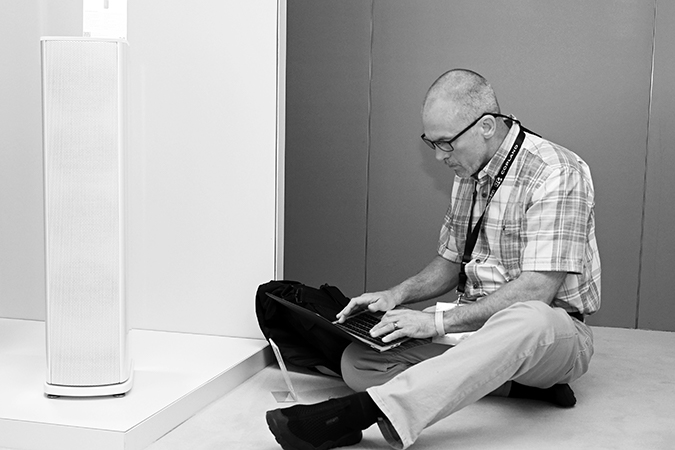 I’ve also learned that no one hands out a prize for “best” audio system. If you peruse Audiogon these days, you can’t escape the number of ads placed by the relatives of audiophiles who’ve recently died -- yes, we’re not just an aging bunch, but a literally dying breed -- trying to unload the mountains of gear left behind by their loved ones. I’m pretty certain that if you talk to these family members, they won’t tell you that dear old Dad will be remembered for his “extremely neutral stereo system.” However, they might remember that Dad loved music, and had a passion for listening to it through his big rig. I think we all know which of those is more important.

Another thing I’ve gotten more clear about: Through the years, I’ve had countless debates with publisher Doug Schneider about audio reviewers buying gear at industry accommodation prices (usually about 50% off retail) vs. having companies provide long-term loans of said gear to use in a reviewer’s system. I’ve always favored the former, Doug the latter, and each of us has had reasons supporting our stance. Each of us has taken the moral high ground in these debates, but if I’m honest, I now realize that the two methods of obtaining gear are equally flawed. You end up beholden in some way to the manufacturer who provided the loan or the discount -- and don’t let anyone tell you different. There are strings attached, even if they’re not as obvious or as visible as a rope around the neck. If I buy from a company, there has to be an understanding between that company and me that, when I pay for their product, it’s mine to do with as I will and say what I like about it. I suspect that more than a few companies will choose not to sell gear to me after reading this stipulation, and I’m 100% fine with that. I can tell you that the first piece of gear that will anchor my new system was not bought at an industry accommodation price, and certainly is not a loan. You’ll read about that next month.

These lessons and more have led me to write this “Opinion,” including what I now pass along to you:

Buy whatever you want, enjoy it however you like, and let no detractor spoil your fun. Life is too short to do otherwise -- however passionately it may be pursued, audio is nothing more than a hobby. And lest you think I’m pointing a judgmental finger, I’m talking here about the old Jeff Fritz as much as anyone else. There was a time when I would have secretly scoffed when a colleague bought some single-driver speaker that, in my estimation, was under-engineered and overpriced. What I might have overlooked, at least to some degree, was how that speaker made that guy -- not me -- feel as he enjoyed it in his listening room. The speaker’s anechoic measurements wouldn’t matter one bit to that guy as he played his tunes and smiled with pleasure. Audio products are meant to be enjoyed -- they have no other value. But when it’s your job -- when it’s my job -- to compare and contrast specific qualities of audio components, it’s easy to miss the forest for the trees, to think I’m right, and that anyone who disagrees or has a different taste is wrong. But I can’t let those occupational hazards intrude on the ultimate goal and purpose of this or any hobby: the pleasure of fulfillment.

Whatever my new stereo system eventually consists of, you can be sure of a few things: It’s going to be what I want, bought on terms I’m comfortable with, and it will have been chosen and assembled to bring me joy in my listening room -- and not much else. I won’t be looking to have the most expensive stereo, I won’t be looking to impress anyone else, and I won’t put myself in a position where I’m beholden to whoever’s sold it to me. I’ve given up on the notion that all my audio components need to be current models -- that requirement leads to a cycle of buying and selling that will drive me crazy or into the poorhouse or both. Anyway, newer isn’t always better. In fact, these days, newer might come about only because the product can be made more cheaply or efficiently. I’ve seen that, too. I don’t need the latest and greatest.

Buy what you want. Let your budget and future enjoyment guide your decisions. Being an audiophile need not be a competitive endeavor, and it surely won’t win you any awards late in life. Whether you’re Average Joe Consumer or the editor of the SoundStage! Network or the owner of a startup webzine looking to make a name for yourself, it’s all too easy to let unhelpful factors ruin what, for most of us, began as pure fun. As I build my new stereo, I’m going to make sure I don’t lose sight of that.