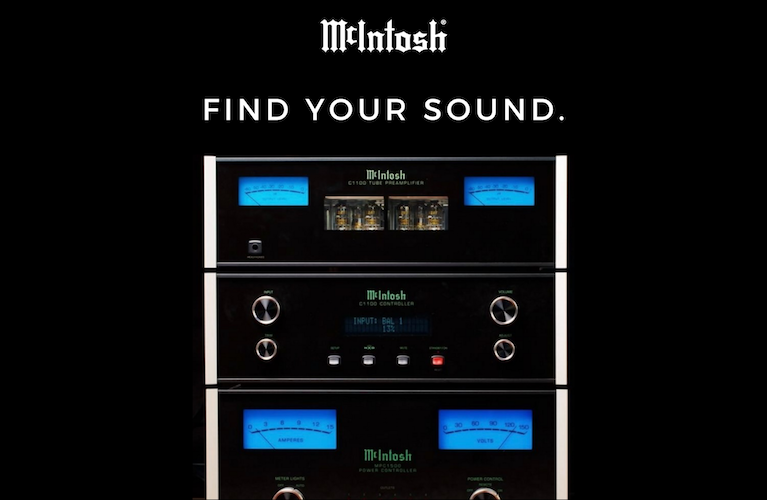 The T+A Elektroakustik PA 3100 HV integrated amplifier was the last audio product to be reviewed in my Music Vault listening room. In fact, as you read this, the new owners of my old home have probably deconstructed the space formerly known as the Music Vault, and begun renovating it to make it theirs.

My wife and I closed on the sale of our home of 14 years in March of this year, and are now comfortably living in a rental house a few miles away. As I write this, we’ve bought a new piece of land and are finalizing the plans for a new house -- we hope to break ground for it around June 1. We’d toyed with the idea of moving for a while, with the goal of downsizing our property (about 1.5 acres) and upsizing the house -- our old place wasn’t designed for a family of four that includes two middle-school-age kids. The time was now.

The Boulder Amplifiers 2060 amplifier that you read about last month is still packed in its crate in the rental’s garage, and in the past few weeks I’ve set up a new audio system in the living room. It’s neither a dedicated listening room nor a symmetrical, acoustically treated space. It’s a living room, like most normal people have. Still, I needed to set up a rig that I could use to review audio gear, and I was yearning to fill the air of our new place with music.

The foundation of the new system was already in my possession, so I didn’t need to buy too much new stuff. Amplification was provided by my vintage Coda Technologies Model 11 stereo power amplifier ($5500 way back when, today about $1500 used, if you can find one), which I wrote about in September 2017. The Coda outputs 100Wpc into 8 ohms and sounds fabulous: slightly golden in midrange tone, powerful in the bass, clean and precise in the highs. I paired the Model 11 with what has turned out to be a knockout digital-to-analog converter: the Hegel Music Systems HD30, reviewed by Doug Schneider in December 2015 for SoundStage! Hi-Fi. The HD30 ($4800) has a refined, clear sound, and I’ve found that its built-in volume control leaves on the music only a very small aural footprint. It’s been an excellent partner for the Coda. The wiring is from Siltech, but not the super-expensive models most reviewers like to write about. My loom is about $4400 worth of cables from Siltech’s Explorer series, which I wrote about in August 2013, also for SoundStage! Hi-Fi. The source component is my trusty Oppo Digital BDP-103 universal BD player ($499, now discontinued). 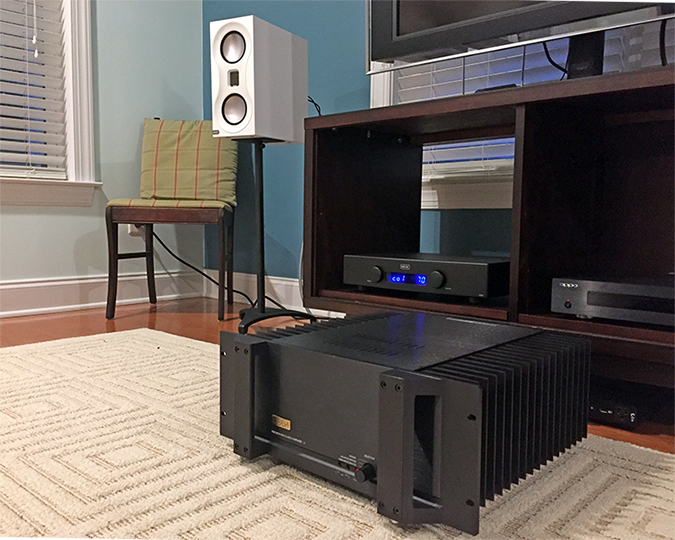 But I still needed speakers, and that proved a challenge. Space in our rental’s living room is limited -- I had to go small. This meant that bass extension, too, would be limited unless I added a small subwoofer, which I didn’t want to do, at least not right now. What I didn’t want to do was to compromise too much in terms of resolution. I knew that the rest of the system would be up to the task. And after all, an audio reviewer needs maximum resolution -- I had to hear into and through the system, to hear what it and, especially, whatever component I was reviewing was doing to the sound.

Browsing our show coverage of the 2018 Montreal Audio Fest, I found what I was looking for. As I read SoundStage! Global contributor Jason Thorpe’s description of the Monitor Audio Studio loudspeakers ($1400/pair), I came across this line: “That’s the air-motion transformer (AMT) tweeter from the Platinum series in there, and the dual midrange-woofers employ technologies from the same top-range Monitor Audio line.” Huh? Inside the little Studio are versions of Monitor’s Platinum-series drivers? I’d heard various Platinum models many times at audio shows, and knew they were excellent loudspeakers capable of digging deep into recordings. Having what looked like the equivalent of a supersmall Platinum in my system -- at only 13.4”H x 6.1”W x 14.2”D, they’re the perfect size for my new, temporary listening space -- would, I hoped, give me the resolution I was looking for, as well as the soundstaging that stand-mounted minimonitors are known for. 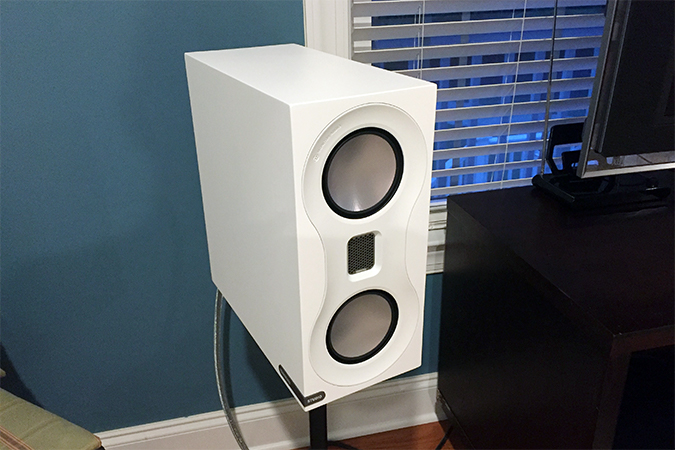 I called Monitor Audio, and was in luck: a shipment of Studios had just arrived, and they had them in Satin White, which I figured would look sharp in my new room. A week later, they were here.

It’s worked out splendidly. Although I’ve spent only a couple of weeks with the new system, already I like what I hear. Yes, the bass is limited, but the dynamics are there, and the resolution is just what I’d hoped for. And though the new room dictates that the speakers be fairly close together, which narrows soundstages, the positioning of voices and instruments on those stages is impressively precise. I still have some tweaking to do: There’s a very slight hum that I’ve yet to eradicate, and I’m not yet convinced that further micro-adjustment of the speaker positions won’t result in even better sound, but overall, I’m thrilled with what I’m hearing in this admittedly compromised listening space. 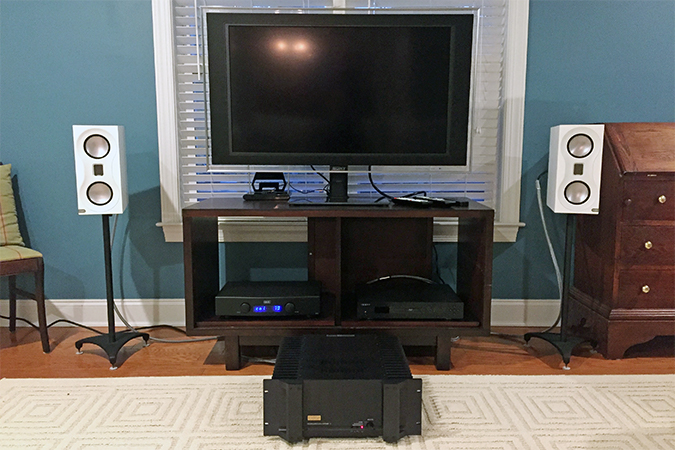 My wife and I will be out looking at house plans and model homes this weekend, in hopes of finding something perfect for us and the kids. I think I can guarantee that dreams of Music Vault II will be at the top of my list of priorities -- but so will thoughts of a bathroom for the sole use of our 13-year-old daughter, an upstairs bedroom for our 11-year-old son, and the perfect breakfast nook for that farm table my wife’s been eyeing.

But until the new house is built, I’ve got music -- and it sounds good.