Last month, in “The Ultra High End Better Start Offering More,” I explored what I would require of a new pair of flagship stereo loudspeakers circa 2019. The article has been bothering me ever since I wrote it, though probably not for the reason you might assume. I’ve been an audiophile for more than 30 years, and you might suppose that, in the interim, a bit of nostalgia had hit me, and I was feeling myself pulled back by hankerings for the days of old. That couldn’t be further from the truth. I’m bothered by last month’s article because I think it didn’t go nearly far enough. 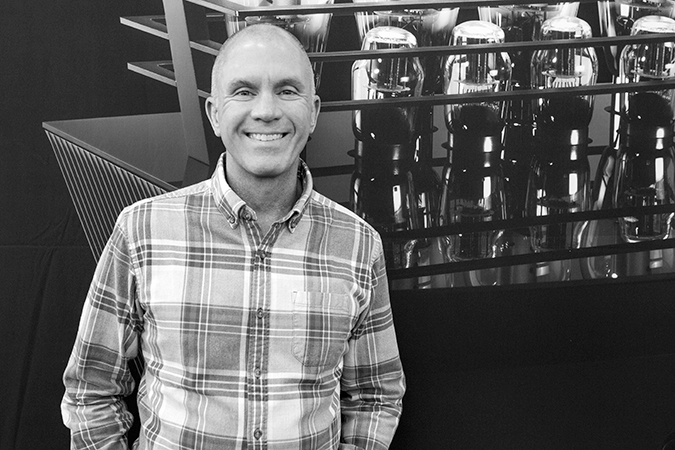 Digging into the archives of what was then Ultra Audio, I located the approximate time in which my reference system’s prime source component shifted from one that plays physical media to a file-based one. In my review of the Pass Laboratories X600 mono amplifiers, published in December 2007, the list of associated equipment in my then-current The World’s Best Audio System (TWBAS) shows an Apple MacBook laptop computer connected to a Stello DA220 Mk II DAC. Before that, my source had been an Esoteric UX-3SE disc spinner. I remember buying the MacBook -- ridiculously thick by today’s laptop aesthetic, and encased in shiny white plastic -- and recall the hours upon hours I spent ripping CDs to an external hard drive connected to it, and experimenting with various companies’ file-player softwares to find which gave the best sound.

Twelve years isn’t all that long ago in the big scheme of things, but in the context of the march of technology it’s a very long time indeed. That MacBook is long gone -- I still use a MacBook as a source, but now it’s a Pro, super-thin and made from machined aluminum. I still connect a hard drive to it, but rarely use it -- almost always these days, I stream music from a service such as Tidal or Qobuz or Amazon, and play it through Roon’s music-management software.

If my system can go from CDs to files to streaming in 12 years, what will the next dozen years look like? Which companies will rise to prominence by figuring out how to serve a changing marketplace populated by a new wave of audiophiles? As one audio-company executive recently put it, “Our customers are dying off, and so we have to figure out how to serve the new audiophile.” Those two points are critical. The audio press needs not only to acknowledge that change is here, but help define it for an industry in sore need of leadership.

The low-hanging fruit is easy to pick: Streaming will grow more popular, and sales of physical media will continue to decline (CD) or, at best, remain mostly flat (LP). Integration of component types will be key as active speaker systems become the norm, and universal connectivity and the quality of software control will help separate market winners from losers. It’s hard to imagine the same products that sell well today selling as well in ten years’ time.

What else will the new audiophile require? Will voice recognition become refined enough to become a standard, required feature of active speakers and source components? Will room correction advance enough that when a speaker is moved to a different place in the room, or to a different room altogether, it automatically updates the response from the drivers? Will our stereos be integrated with virtual-reality technology in some way to deliver entertainment experiences unimaginably better than anything we now have? These questions are relevant -- if we’re to answer them, we must also acknowledge where we’ve failed.

Over the years, I don’t know how many times I’ve read, in various audio publications, that in order to recruit new audiophiles, we just need to share the hobby. The assumption is that if we place twentysomethings in the sweet spot of the separates-based audio system we’ve spent years assembling -- the big rig, as we like to call it -- those young’uns will be so wowed by what they hear that they’ll then go out and spend their own hard-earned money on a nice entry-level rig, and then spend the next 30 years upgrading it -- just as we did.

Wrong. Now when I think about this scenario, it looks and feels like Grandpa taking a grandkid out on the back porch and whittling a figurine, in hopes that the little tyke will take up the hobby him/herself. I’m sure there’s a whittlers’ club out there whose members will write angry e-mails in response, but I think it’s safe to say that however pleasantly nostalgic that scene sounds, it won’t generate enough interest to significantly grow pocketknife sales. I predict that showing kids our stereos will have about the same effect on sales of audio gear: next to none.

I’m open-minded about the future of high-end audio, and I expect it will continue to exist as an industry that I can write about -- but in what form I can only imagine. Whatever I see happening in the next dozen years, I won’t dismiss it out of hand.

I recall that, just a few years ago, many audiophiles turned up their noses at streaming. A typical response: “I’ll use streaming to discover new music, but I’ll always buy something I like on CD or LP, so that I can hear what it really sounds like.”

Well, almost all music I listen to these days is music that I stream. The only time I access my hard drive of music files ripped from my CD collection -- the CDs themselves were long ago relegated to the attic -- is when I want to hear a reference track I’ve long used to evaluate components, and want to hear through the component I’m now reviewing. Now that I can explore so many more artists than I could before there was streaming, I find listening to music much more exhilarating. Streaming technology, and how I interact with it, almost instantaneously transformed the rather large corner of my life devoted to listening to recorded sound.

In the years left to me that I’ll continue to write about audio, I suspect that that sort of transformation will happen several more times. If such a transformation enhances my enjoyment of music, I’ll embrace it -- along with the new audiophiles, whoever they are and however they choose to listen to music. More than likely, it will be they who’ve sat me down to show me the way -- not back, but forward.