Both albums used members of Count Basie’s band, along with New York session players and, on the 1959 album, musicians from Duke Ellington’s band. Charles played featured solos on the Hammond organ on Genius + Soul = Jazz and the arrangements employed the full power of the large ensembles. I have several copies of this album, including a 1961 mono LP (Impulse! Records A-2), an Analogue Productions Hybrid SACD (Analogue Productions CAPP 2 SA), and a two-CD set (Concord Records CRE-31669) that included three later Ray Charles big-band jazz albums. You can read my comments about the Concord set at the link I’ve provided, but for this review I’ll just be comparing the sonically preferable mono vinyl and Hybrid SACD with the new Acoustic Sounds pressing.

I picked up my original mono vinyl copy, which has recording and mastering engineer Rudy Van Gelder’s initials in the deadwax, at a used record shop years ago. Kevin Gray* mastered the 2021 LP reissue, using Van Gelder’s original stereo recording as the source. Gray was the mastering engineer for the Analogue Productions release of the album on vinyl in 2011, and it’s possible this LP was cut from the same master. Gray also mastered the Analogue Productions Hybrid SACD release of the album. 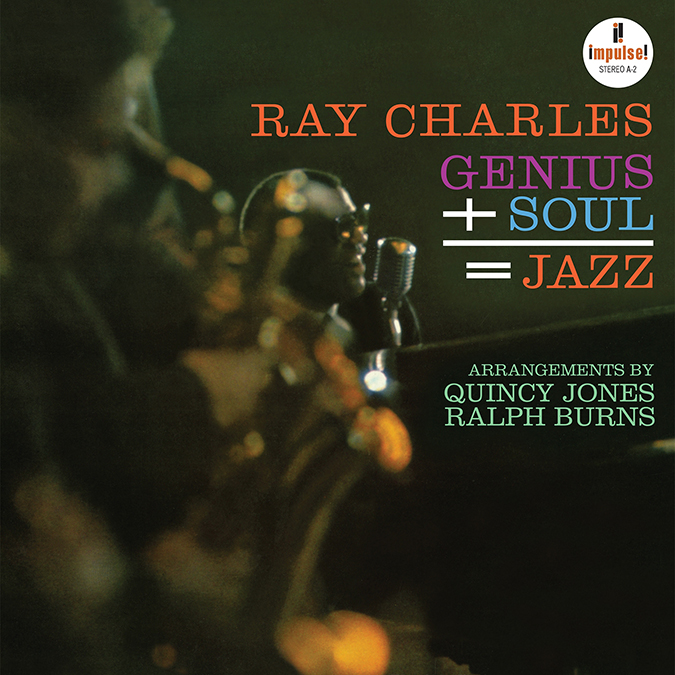 I enjoy the cohesiveness of the mono LP, and it’s a good way to hear how Van Gelder intended the music to sound. To me, the Acoustic Sounds stereo reissue on vinyl conveyed the scope of the large ensembles better, and Gray has presented them in stunning and exciting detail. The most immediate difference between the new pressing and my older mono copy was in the higher frequencies, which were more aggressive in the original version. Gray has reined in the top-end edginess of the recording, giving it more balance.

When I played the SACD and the new Acoustic Sounds LP side by side, I enjoyed the precise placement and separation of the sections of the orchestra on both formats, which my old mono pressing lacked, of course. On Quincy Jones’s arrangement of “From the Heart,” the reeds are in the right channel and the brass is on the left. On the vinyl reissue, I also heard a somewhat clearer picture of Freddie Green’s rhythm guitar and I could follow his chord changes better than on the SACD.

The bass thumped harder and had a stronger attack on the LP than the SACD, and the vinyl also did a slightly better job of presenting the grand scale of the orchestras. I heard a more layered presentation of the brass arrangements throughout the LP. They sounded more forward in the soundstage, while also reaching farther back, and the bands’ sections sounded bigger.

In both formats, Gray gave each section of the orchestra a defined space and prevented them from bleeding into each other, without losing the sheer power of the massed instruments. My original mono LP conveyed plenty of excitement, but Gray’s mastering on the stereo LP and the SACD has created a more relaxing listen, while retaining the fire of the music.

One of the high points of the album is Charles’s rendition of Ray Alfred’s “I’ve Got News for You,” a tune Woody Herman recorded in 1947. Once again, I could hear that Gray has done a good job, in comparison to the earlier mono pressing, of retaining the excitement of the orchestra while easing off on the potentially wearying high frequencies. Charles’s Hammond organ playing sounded especially warm on the SACD, and the disc was nicely balanced throughout. Overall, though, the new vinyl pressing captured the grit and soul of Charles’s voice more immediately than the SACD, and it was more dramatic.

On instrumental tracks, such as “Stompin’ Room Only” or “Mister C,” I again preferred the expansive sound of the large ensembles in stereo over the original mono version. Gray’s presentation of instruments on the SACD was clear and detailed, and some instrumental touches—the cross-sticking on the drums on “Mister C,” for instance—rang out with more snap, but the snare drums sounded more solid on the stereo LP and echoed more confidently, while cymbals were less sharply presented but more tonally nuanced. Throughout the album, Freddie Green’s rhythm-guitar strumming was firmer and helped move the music along with more verve on the stereo LP. 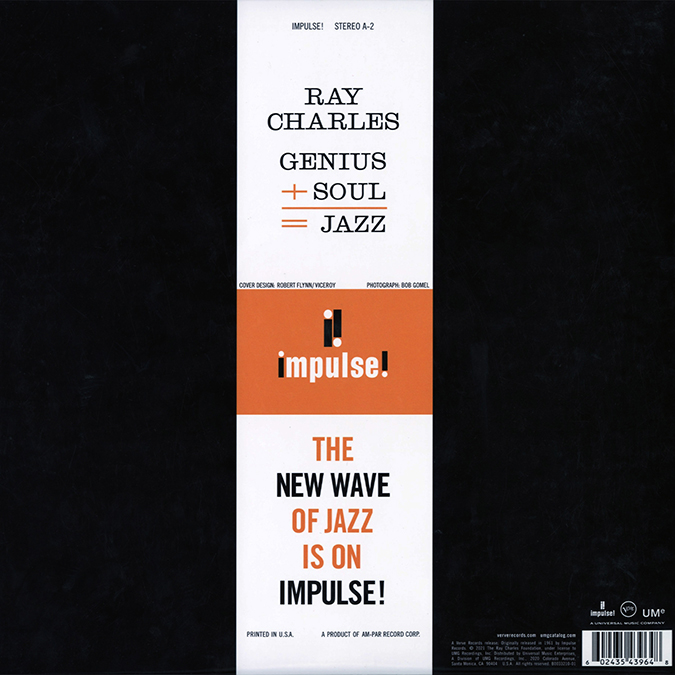 As great as this new pressing sounds, Genius + Soul = Jazz is not a sonic masterpiece. On the SACD, I noted some peak distortion that is also evident on all the versions I own on CD, and which I had attributed to the age of the original tapes. Mastering engineer Steve Hoffman, who prepared a release of the album for DCC Compact Classics in 1988, noted in an interview and in his forum that he believes this distortion was an artifact of the original recording.

Given those sonic limitations, Gray has done a great job of preparing the best-sounding release I’ve heard of this entertaining and enjoyable entry in Ray Charles’s vast catalog.

* “Ryan Smith” is credited as the mastering engineer on the gatefold cover of the Acoustic Sounds reissue of Genius + Soul = Jazz. However, the listing on the Acoustic Sounds website states that Kevin Gray mastered this reissue, and his initials are etched into the deadwax.