Los Lobos are well respected for the quality of their songwriting, but throughout their career they’ve also excelled at bringing a fresh take to covers of other songwriters’ material. Their discography includes tribute albums to artists as varied as Fats Domino, the Grateful Dead, and Doc Pomus, and their recording of Ritchie Valens’s “La Bamba” was a big hit for them in 1987. Their EP Ride This (2004) comprised covers of seven songs by musicians and songwriters who had appeared on the concurrently released Los Lobos album, The Ride, including Dave Alvin, Elvis Costello, and Richard Thompson.

The band’s 17th album, Native Sons, brings together 12 tunes by songwriters known for their association with Los Angeles, Los Lobos’ home town, and adds a new track by the band. The album gets off to a roaring start with a cover of “Love Special Delivery,” a horn-driven slice of rock’n’roll composed and originally recorded by Thee Midniters, a Mexican-American band from East Los Angeles. Cesar Rosas plays a burning guitar solo, and Steve Berlin and guest musician Dannie Ramirez provide the exciting horn arrangement. Thee Midniters were garage-band tough, and Los Lobos capture the earlier group’s spirit while putting their own stamp on the song. 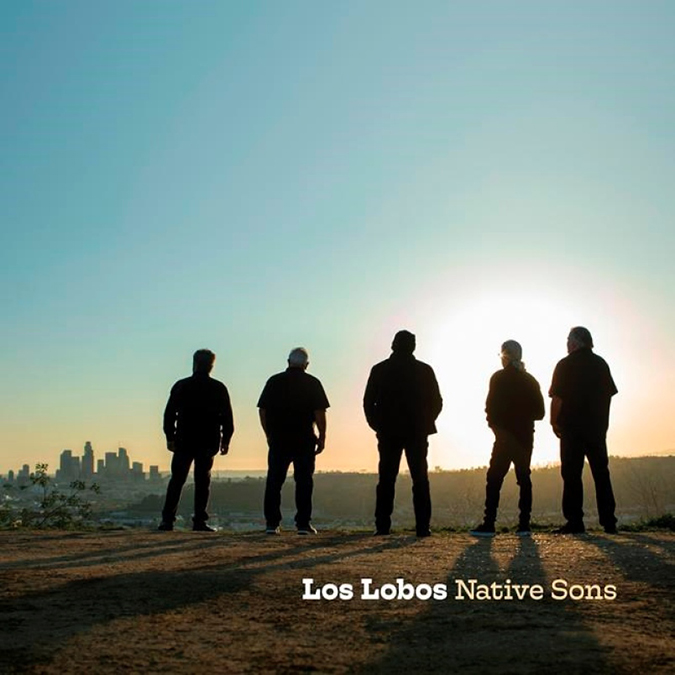 The sheer variety of songs Los Lobos tackle on Native Sons demonstrates the band’s stunning command of America’s musical traditions, including the blues. Percy Mayfield’s “Never No More” lets the band show their blues chops and gives Berlin generous solo time on baritone sax. “Misery,” a 1962 hit on Motown Records for Barrett Strong, is a slice of old-school R&B that includes a stirring guitar feature from David Hidalgo. “Flat Top Joint,” a Dave Alvin tune originally recorded by his band, The Blasters, is a wailing jump-blues tune that Los Lobos play with stomping conviction.

Los Lobos do a double shot of Buffalo Springfield with a hard-rocking version of “Bluebird,” where Rosas deftly evokes Neil Young’s slashing guitar work. Hidalgo, on acoustic six- and 12-string guitars, trades riffs with him during the song’s lengthy instrumental section. The group then segues into a haunting version of “For What It’s Worth,” a song whose message is as valid now as it was when it was first recorded over 50 years ago.

The longest track on the album is a take on War’s 1973 hit “The World Is a Ghetto.” Guests include percussionist Camilo Quinones and singer Little Willie G., who sang on the original recording and was also a member of Thee Midnighters. David Hidalgo, Steve Berlin, and Cesar Rosas each get solo time, but the track doesn’t fall prey to pointless jamming. Willie G. is in strong voice, and the song maintains its focus and groove for eight and a half minutes.

The band turn to Jackson Browne for another classic, “Jamaica Say You Will,” a beautiful ballad that David Hidalgo and Louie Pérez sing with great sensitivity. And “Sail On, Sailor” is a nicely rendered tribute to the 1973 classic by the Beach Boys. 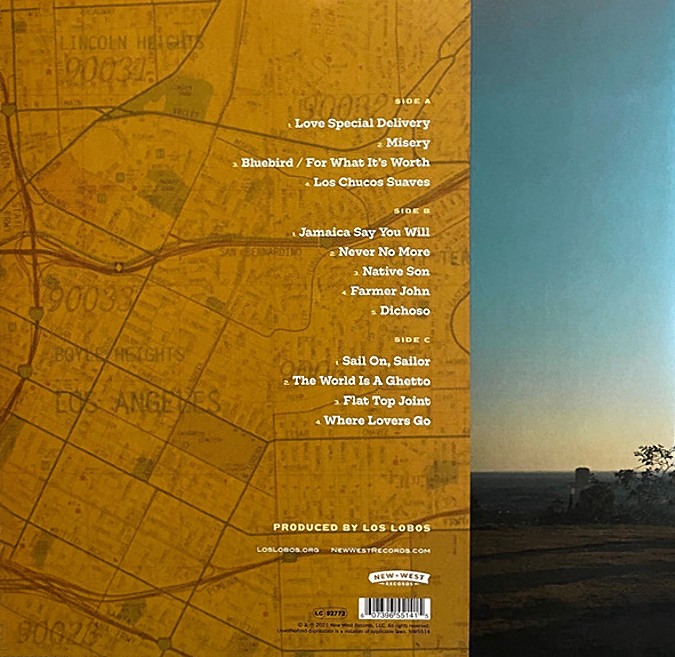 Two high points of the album are Latin percussionist Willie Bobo’s “Dichoso” and guitarist Lalo Guerrero’s “Los Chucos Suaves,” both of which show Los Lobos’ roots in Latin music and their respect and affection for their heritage. “Native Son” is a new song from Hidalgo and Pérez that embraces the group’s soul and rock’n’roll roots and shows how well their own material can stand up beside the impressive songs they’ve chosen to cover.

Chris Sorem engineered Native Sons at Nest Recorders in East Los Angeles, and Ruairi O’Flaherty did the mastering. Ryan K. Smith cut the lacquer for the vinyl release of the album. The recording is fully packed and energetic, but I was able to hear individual voices and instruments clearly, and Conrad Lozano’s bass was both cleanly detailed and forceful. The 150-gram, two-LP pressing was very good, but could have been a little quieter. A cleaning helped, but my guess is that the vinyl was not pressed at RTI or Quality Record Pressing. The music, by the way, is on three sides, and the fourth side just sports an etching of a record player.

Los Lobos released a Christmas album, Llegó Navidad, in 2019, and they haven’t released an album of all-new material since 2015’s Gates of Gold. I hope more new songs are soon to come from the band, but Native Sons is so varied, heartfelt, and skillfully done that it’s not just a reminder that they’re still around. It’s an impressive entry in an already very accomplished discography.