While there are plenty of jazz organists who continue to play the kind of soul jazz that Jimmy Smith made popular on the instrument, it’s hard to think of any who match Joey DeFrancesco’s commitment to that tradition. Larry Goldings is a formidable and accomplished player, but he also spends a good bit of his time playing jazz piano. John Medeski is an exciting, innovative musician, but his music takes in everything from jam-band rock to free jazz.

DeFrancesco first appeared on record in 1987, when he was just 16, and has played on countless albums since then as leader and sideman. DeFrancesco wrote all the tunes on his newest album, More Music, and this time around he shares the organ duties with Lucas Brown for a few tracks. That choice frees DeFrancesco to play trumpet, which he took up shortly after he began his recording career, and tenor sax, which he began playing in 2019. Brown also plays other keyboards and guitar on the album, and drummer Michael Ode fills out the trio. 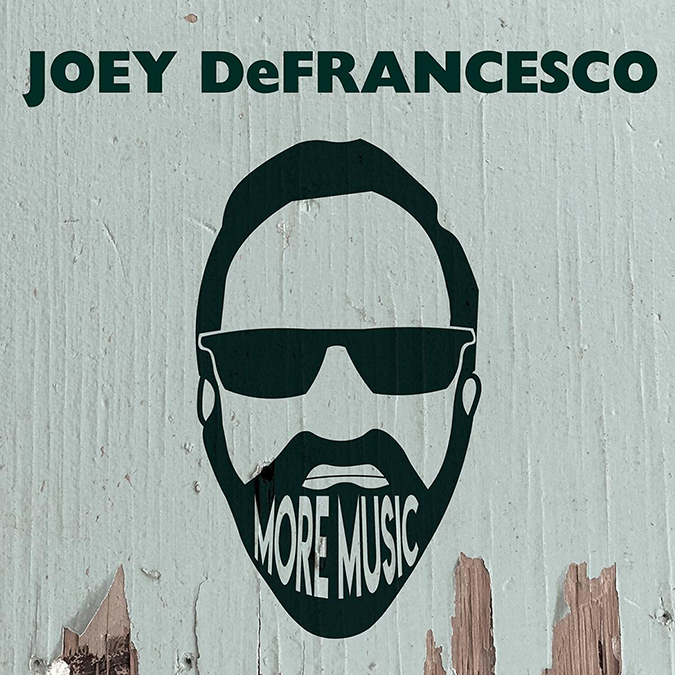 Brown plays behind DeFrancesco’s trumpet on “Free,” the swirling sounds of the Leslie speaker augmented by a fluid, popping bass line on the organ’s pedals. DeFrancesco uses a Harmon mute and plays a fast-paced, melodically compelling, and well developed solo. Brown’s organ solo is ably backed by DeFrancesco on electronic keys and Ode uses his solo spot to great effect.

DeFrancesco plays piano and trumpet on the lovely “In Times of Reflection,” with Brown adding a touch of understated elegance on a nylon-stringed acoustic guitar. DeFrancesco and Brown both take organ solos on “Where to Go,” another track that features the leader on trumpet. The song is a danceable slice of soul jazz that evokes the jukebox Blue Note releases of the mid-1950s.

“And If You Please” features DeFrancesco on vocals and tenor sax. His singing is relaxed and playful, lightly swinging in the manner of Mel Tormé. The track is one of three where DeFrancesco plays tenor, and his solo on this arrangement of Mario Romano’s ballad is a beautiful and understated variation on the song’s melodic theme. Two more ballads, “Lady G” and the mid-tempo “Angel Calling,” show DeFrancesco’s impressive command of the instrument he’s only been playing for a few years. 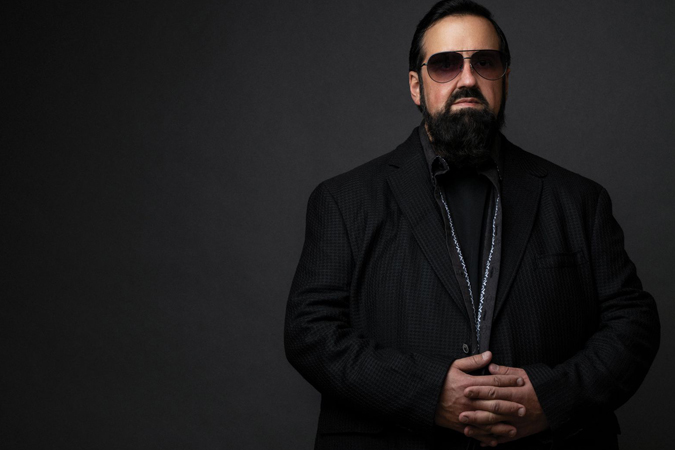 “Just Beyond the Horizon” begins with a flurry of drums from Ode, leading into a hot organ-trio performance that gives Brown, on guitar, and DeFrancesco generous solo time. Brown uses a clean midrange tone setting and his solos are thoughtful and well developed. He and DeFrancesco trade solos at one point, and it’s an exhilarating musical conversation. DeFrancesco plays a vamp behind Ode’s explosive solo.

“Roll with It” and the title track also feature the trio of guitar, organ, and drums. Both tracks showcase DeFrancesco’s mastery of the Hammond, as well as his ability to write music that ensures the instrument’s continued vitality. The songs are energetic and smart; Ode’s strong rhythmic pulse keeps things hopping and inspires the other two players. 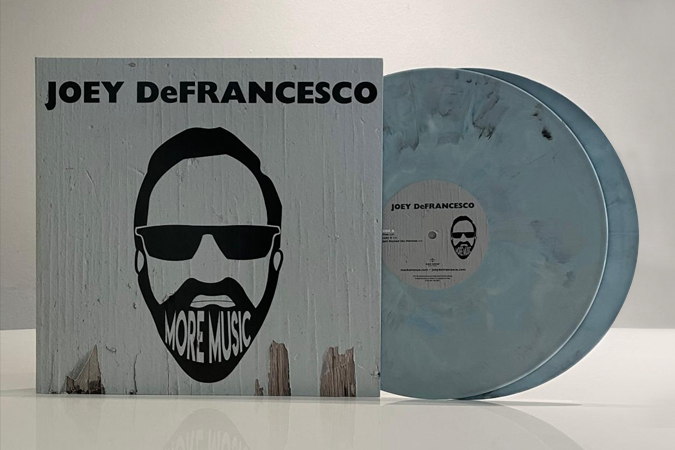 My two-LP copy of More Music was pressed on blue splatter vinyl and both discs were flat and generally quiet. Some occasional and very light noise suggested to me that the vinyl was not manufactured at RTI or Quality Record Pressings. The “CM” etched in the deadwax indicates mastering engineer Chris Muth. The sound is a little digitally pristine, but detailed and natural, and not too compressed or aggressive.

Joey DeFranceso’s music is uplifting without resorting to sentimentality. On two recent Van Morrison albums, You’re Driving Me Crazy and The Prophet Speaks (both from 2018), DeFrancesco’s contributions helped them become some of the singer’s more relaxed and spirited records. The three musicians on More Music convey a feeling of spontaneity and enjoyment when making music together. In October, I caught them live in Baltimore, and DeFrancesco said onstage that in times like these we need more music—hence the album’s title. As long as he continues to make records as good as this, I hope he gives us even more.