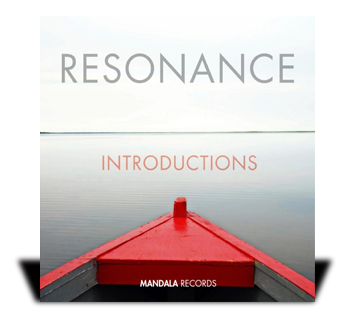 Though new variations certainly occur, jazz groups large and small mostly take one of several well-established forms. For a trio, we expect piano, bass, and drums. We expect a big band to have reeds, brass, and a rhythm section. Resonance is having none of this -- this unique octet boasts a flute, saxophone, violin, viola, and cello, and a rhythm section of piano, bass, and drums.

With such a complement, you’d expect some new and refreshing jazz sounds to emerge. You’d be exactly right. At times Resonance sounds a bit Latin, particularly in Clare Fischer’s “Gaviota,” which features splendid flute riffs from Laura Austin Wiley. And even minus brass, Resonance can at times sound like a typical big band. They wear this mantle comfortably in “See You Next Wednesday,” a composition by the group’s leader, arranger, and pianist, Stephen McQuarry.

In between Latin and big band you’ll find a lot of other influences, ranging from classical to bebop. Most of the players are classically trained, and each has an impressive musical pedigree, so all of the many solo spots on Introductions are handled with exuberant finesse. Listen to violinist Michèle Walther in Gil Evans’s and Miles Davis’s “Prelude”/“So What” for an example of the virtuoso soloing that the Resonance players can put out.

Several of the compositions are originals, but there are many covers, and some unusual choices. Duke Ellington’s “In a Sentimental Mood” and Jimmy Heath’s “Gemini” are naturals, but you’ll also find a few tunes not usually associated with jazz, such as “Eleanor Rigby” and the hymn-like tune from Jupiter, the fourth movement of Gustav Holst’s The Planets. The latter is played in a manner that gently swings, but very respectfully so.

“Moon and Sand,” by William Engvick, Morty Palitz, and Alec Wilder, is my favorite track here. Wiley puts down her flute to turn in a haunting vocal, her voice light, clear, and luminous. The Latin-tinged song opens with some breathtaking string pizzicato figures, then the bass introduces the voice with a downward glissando. It’s all very effective.

In recording a large ensemble such as this, it’s important to capture the overall carpet of sound without burying solos in the haze. Adam Munoz has managed to do just that, coming up with nearly ideal balances and clarity while maintaining an overall sound that’s warm and cushy. It’s a really good feat of engineering, but I couldn’t help but wonder what it might sound like in surround sound of the sort that AIX Records uses for its jazz recordings.

Overall, Introductions is a refreshing yet comfortable album that most people will like on first hearing, and the unusual instrumentation begs for additional listenings in order to pick up all the subtleties.