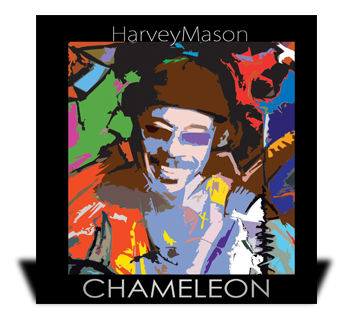 Smooth jazz is a genre I usually avoid. It’s too . . . smooth. Calling it jazz seems blasphemous, as it’s so calculated to please. Drummer Harvey Mason Sr. has done his share of smooth jazz with Fourplay, but his long list of credits includes work with Herbie Hancock, notably on the groundbreaking Head Hunters, of four decades ago. Mason’s first album for Concord Records, Chameleon, leans more in the direction of Hancock’s funk jazz than of the laid-back approach of Fourplay, and Mason’s sure hand ensures that it grooves.

“Black Frost” features tenor saxophonist Kamasi Washington on a tune, by Bob James and Grover Washington, that Mason recorded in 1974 with Grover. (Kamasi is not related to the late saxophonist.) Grover (1943-1999) was easy to dismiss as a commercial soul-jazz musician -- until you listened to him carefully, and realized just how good and truly soulful he was. Mason held down the beat firmly on the original, but here his snare rolls and thumping bass drum give the new arrangement, by Corey “CK” King, a looser, funkier feel. Kamasi Washington wails, balancing Grover’s soulfulness and a grittier, darker-toned approach that recalls John Coltrane.

“Before the Dawn” brings Kamasi back, with Christian Scott on trumpet and King on trombone. Kris Bowers’s Fender Rhodes piano adds a touch of 1970s funk, but the result doesn’t feel time bound. The ensemble playing is tight, and Ben Williams gives the track a bounce with a fluid, melodic bass line. Each player gets a short feature, which focuses the solos and moves the tune along its solid groove. 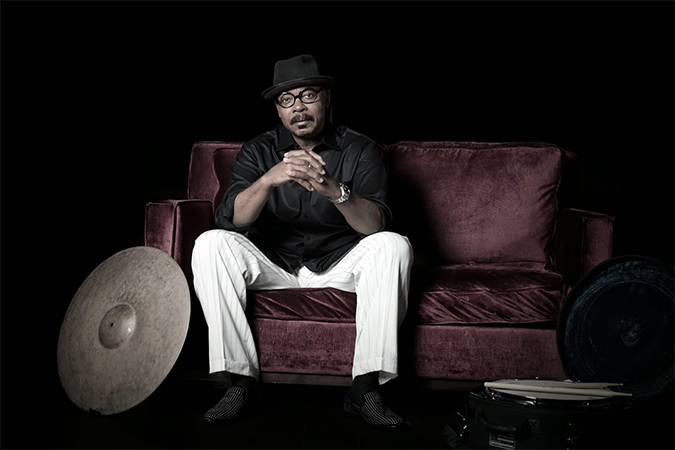 Mason’s affection for ’70s funk is most pronounced in “If I Ever Lose This Heaven,” a Pam Sawyer-Leon Ware tune first recorded by Quincy Jones, then popularized by the Average White Band. Jimmy Haslip’s bass solo stands out in a track well played by all, and Chris Turner does a good turn on the vocals. “Chameleon” brings Mason back to Hancock in a composition he co-wrote and recorded with him, and Washington again sets things on fire with an emotional, challenging solo.

A one-minute gap precedes the bonus track, “Looking Forward (Breaking Bad),” with guest saxophonist Guillaume Perret playing a soulful, Eddie Harris-influenced solo. Pianist John Beasley’s edgy solo and Mason’s thoughtful synth bring Chameleon to a strong close. The playing throughout the album is first rate, and guitarist Matthew Stevens deserves special mention for playing a key role in the overall impact of many tracks. It’s the leader’s in-the-pocket drumming, however, with its easy flow, that belies the complexity of what he’s playing and holds the music together.

Mason recorded Chameleon at the studio owned by his son -- the sound is bright, shimmering, and open. The drums register cleanly, the electronic keys hang convincingly in space, and the bottom-register instruments have plenty of impact. The recording has a commercial sheen and a sparkly digital cleanness, but I can’t hold that against it. Chameleon has moments of genuine jazz profundity, especially from Kamasi Washington, and it’s often emotionally satisfying. And it swings.