Although Joan Osborne has written her share of good songs, she has from the beginning shown a talent for sensitive interpretations of work by others. Relish, her 1995 breakthrough, included tunes by Bob Dylan and Sonny Boy Williamson, and her strong feel for classic soul and blues was obvious on How Sweet It Is (2002), Breakfast in Bed (2007), and Bring It on Home (2012).

Songs of Bob Dylan, Osborne’s ninth disc, bravely takes on 13 tunes by the great singer-songwriter, and there are surprises in both her choice of songs and how she sings them. Three originally appeared on Dylan’s Blood on the Tracks; Osborne’s take on “Tangled Up in Blue” has a 1960s Muscle Shoals soul feel, with Keith Cotton’s Wurlitzer piano setting down the groove, while “Buckets of Rain” and “You’re Gonna Make Me Lonesome When You Go” are closer to Dylan’s mostly acoustic original recordings of them, with Cotton’s piano and Jack Petruzzelli’s acoustic guitar letting the focus fall on Osborne’s understated singing.

Osborne lets the lyrics of those three songs tell their stories, singing them with honest emotion. While some arrangements are close in spirit to the originals, others follow unique paths. “Rainy Day Women #12 & 35” is swampy funk, with Andrew Carillo’s slide guitar bubbling underneath and Osborne singing with bluesy swagger. “Highway 61 Revisited” is epic, swinging rock in Osborne’s vibrant, fiery performance. The strange humor of Dylan’s original version is missing, but Osborne conveys the lyrics’ poetic sweep.

Dylan accompanied himself on acoustic guitar and harmonica in “Dark Eyes,” the closing track of his Empire Burlesque (1985), and Petruzzelli and Cotton provide a similarly spare arrangement on guitar and organ for Osborne that helps shape her beautiful and emotionally involving vocal. Osborne also follows Dylan’s lead in “Ring Them Bells,” singing to a simple piano accompaniment; her sincere singing is as moving as his was on Oh Mercy (1989). 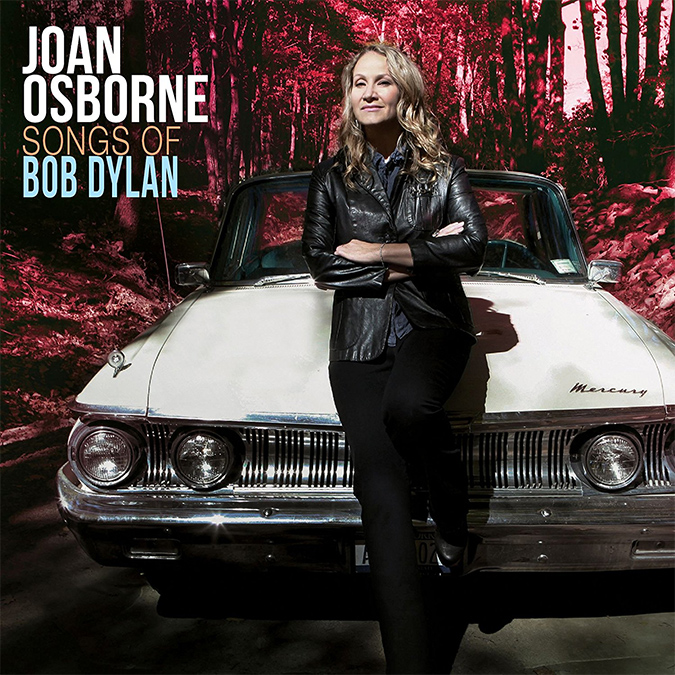 “Masters of War” is as relevant as when Dylan first recorded it, in 1963, and Osborne delivers it in a tone of righteous anger. Petruzzelli accompanies on muted acoustic guitar, and as the performance builds, Cotton’s piano filters in to add atmosphere and foundation. “Spanish Harlem Incident,” from Another Side of Bob Dylan (1964), has a soulful horn chart that takes the song in a new direction while staying true to it. Osborne showed a talent for country music on her Pretty Little Stranger (2006), and “You Ain’t Goin’ Nowhere,” from Dylan and the Band’s Basement Tapes sessions of 1967, is wonderfully effective country funk with strong fiddle playing by Antoine Silverman.

Osborne never pushes her voice or overemotes. She lets the songs lead her, and though I enjoyed the disc the first time I played it, my appreciation of the intelligence and emotional integrity of her performances grew with each subsequent hearing. I found myself thinking of Rod Stewart’s interpretations of Dylan songs on his first four albums, which were true to their composer’s vision while letting Stewart find his own voice in them.

While Songs of Bob Dylan reaches back, Osborne also tries more recent songs, including a heartfelt rendition of “Tryin’ to Get to Heaven,” from Dylan’s Time Out of Mind (1997), and a ripping version of “High Water (for Charley Patton),” from “Love and Theft” (2001). Petruzzelli’s haunting slide guitar gives the latter track its core, but all the players are stellar throughout the album. Richard Hammond’s bass playing is effective without ever calling attention to itself, and so is Aaron Comess’s drumming.

Petruzzelli, Cotton, and Osborne coproduced Songs of Bob Dylan and recorded it in analog; I’m eager to hear it on vinyl. Osborne has done good work before, and this disc stands with her best.