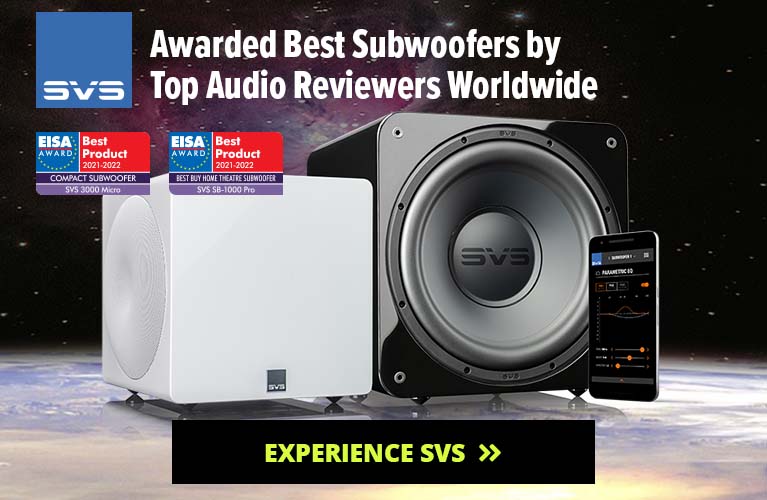 The jazz of GoGo Penguin, a trio based in Manchester, England, takes in all manner of influences, from electronica to the atmospheric rock of Radiohead. Hints of Brian Eno and of current minimalist composers, such as John Adams, also pop up, but this music isn’t slapdash or scattered. It has the improvisational excitement of jazz, while using carefully constructed themes and studio technology to create its sound. The group was nominated for the Mercury Music Prize in 2014, and the following year signed with Blue Note France.

A Humdrum Star is GoGo Penguin’s fourth album, and their second for Blue Note. It begins calmly with “Prayer,” Chris Illingworth playing a single note in the piano’s middle register, then, against it, a series of chords. That single note is electronically processed until it sounds like a chant. Double bassist Nick Blacka bows a note that thickens the sound, and drummer Rob Turner adds percussive taps that add atmosphere as this contemplative track comes to a close.

“Raven” begins with a simple statement of three piano chords, echo and delay creating space and drama around each note. Blacka enters, playing a bass line in triple time that changes the tone and feel, and Turner’s quick drumming brings the music into rhythmic focus. Illingworth expands on his opening figure, exploring the harmonies and adding a more complex melody. Blacka’s bass lines weave around Illingworth’s piano as he drops back to the beginning, then builds the music up again. 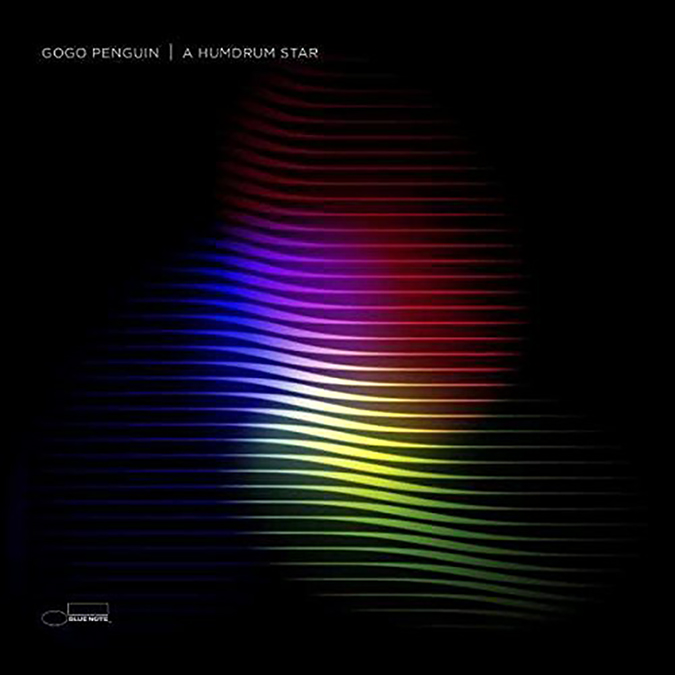 A Humdrum Star often explores and broadens the harmonic possibilities of a few basic elements in a manner common in jazz, while also using electronic technology to change the sounds and impacts of acoustic instruments. “Bardo” establishes a mood with a doctored piano line by Illingworth, over which he slowly plays a melody on acoustic piano. He embellishes and probes that melody as Blacka and Turner add rhythm and counterpoint. Echo, processing, and multitracking layer the track, which is exciting and delicately beautiful.

In “Strid,” a single piano chord morphs into an electronic drone, quickly joined by a brief bass line and a bouncy drum figure. Illingworth plays repeated arpeggios against a series of chords as Blacka’s funky bass lines flow around Turner’s buoyant drums. A third of the way through, a studio effect causes the recording to seem to skip and restart, after which it segues into a quieter section that gives Blacka a solo spot against the drone. Illingworth reintroduces the chords, and the trio brings the piece to a dramatic climax with energetic work from Turner, before the music comes to a subdued close. 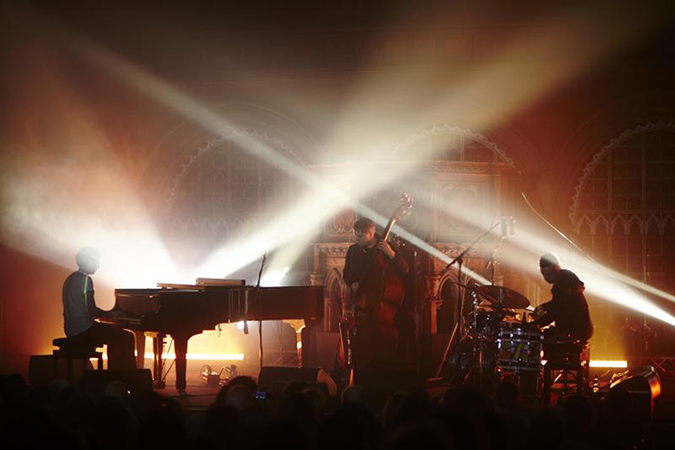 These pieces shift in dynamics and time; what makes them so compelling are their strong bases in melody and harmonic exploration. Illingworth’s ringing, sustained chords and long flights of melody make such tunes as “Transient State” and “Return to Text” accessible, even pleasant; his variations, with the rhythmic complexity provided by Blacka and Turner, keep the music from drifting into easy listening. And the trio’s skillful use of dynamics gives “Reactor” its force and narrative flow.

My copy of A Humdrum Star was pressed on two flat, quiet, 140gm LPs. (The album is also available on CD.) The original recording is almost certainly digital, but even with the electronic processing, the acoustic instruments sound organic and natural. The piano has a pleasing fullness and resonance, and the double bass is deep, full, and woody. It’s easy, even in busy passages, to pick out each drum and cymbal.

Recent experiences of hearing live jazz by young musicians have shown me that they’re incorporating unexpected elements into and revitalizing jazz, just as GoGo Penguin is. A new, younger audience for jazz would certainly be welcome, but even older fans like me should find hope in A Humdrum Star.