Written by Joseph Taylor
Category: Recording of the Month
Created: 01 May 2018

British saxophonist Andy Sheppard has recorded extensively as a sideman over the last 30 years, appearing on albums by Carla Bley, Gil Evans, Keith Tippett, and George Russell, among many others. He co-led three sessions with Carla Bley and Steve Swallow, and has released 14 recordings as a leader. Romaria, his newest, is his fourth for ECM. It’s his second outing with his current quartet, which comprises guitarist Eivind Aarset, double bassist Michel Benita, and drummer Sebastian Rochford. Their previous release, Surrounded by Sea (2015), also appeared on ECM.

Rochford announces the ballad “And a Day . . .” with very light mallet taps on a cymbal and a low-toned drum. Aarset’s heavily processed guitar fills in the background with an effect that sounds much like a cello. Benita’s simply played bass line fleshes out the sound as Sheppard plays a moving, clearly stated melody that ascends to a higher register before he hands it off to Benita, whose flowing solo takes its cue from Sheppard’s themes. Sheppard returns for an even more carefully considered statement, reaching for the highest and lowest notes of the tenor saxophone to bring the piece to a stirring close. 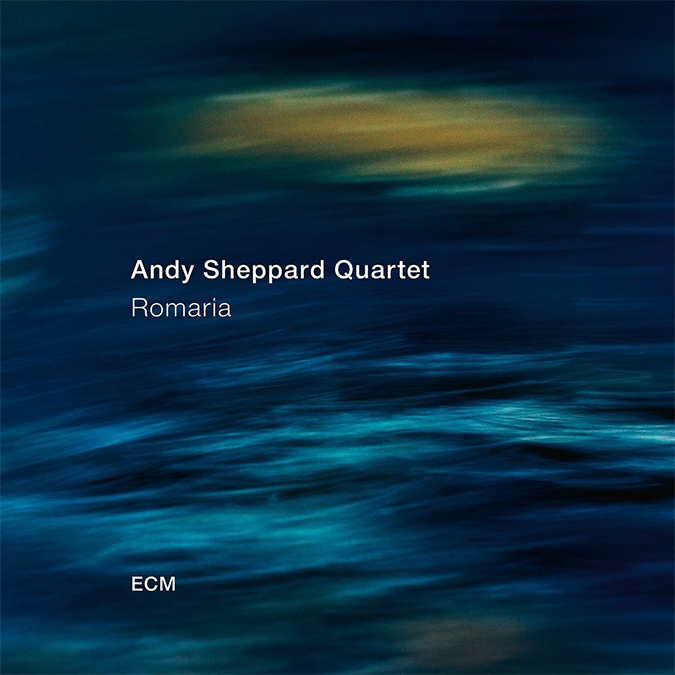 “Thirteen” picks up the tempo -- Sheppard switches to soprano sax and Rochford drives the music as Aarset’s sounds swirl in the background and Benita plays a snapping, aggressive bass line. The music then softens and slows, Sheppard spinning out melodies as the volume rises and again the pace quickens. Sheppard plays soprano in “They Came from the North,” another fast-moving tune for which Aarset creates a haunting, edgy background of swells and distorted, single-note lines.

The delicate beauty of “With Every Flower that Falls” at first threatens to move into smooth jazz territory, but these players are too sophisticated for that. Sheppard pulls the melody in different directions as Benita darts around him and Rochford’s accents emphasize Aarset’s shifting chord changes and arpeggios. The guitarist doesn’t solo on this album, but carefully sculpts the sound to give the music a harmonic structure that carries it along.

The title track is the only tune on the recording that Sheppard didn’t write. Renato Teixeira’s “Romaria” has been recorded by many singers in his native Brazil, and Sheppard’s reading stays close to the tune’s gorgeous melody, aided by sympathetic and restrained accompaniment from the others. “Forever . . .” -- with “And a Day . . . ,” it bookends the album -- slows the ballad even more, and Sheppard’s breath-filled, stately return to the tune reveals a debt to Ben Webster, one of jazz’s master balladeers. 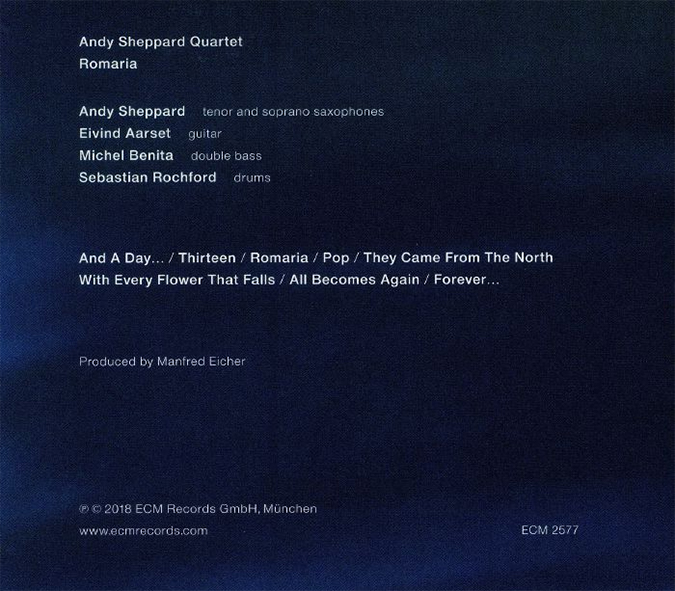 Romaria contains a good mix of ballads and faster-paced tracks that show off this quartet’s many skills. Sheppard’s assured, melodic improvisation is often achingly beautiful, but he never descends into schmaltz -- his playing is always informed by high intelligence and emotional honesty. Benita gives plenty of support, but states his own ideas clearly without getting in the leader’s way. Rochford is a technically impressive musician who sets the tempo while adding touches of wit and variety. And much of the feel and atmosphere of this album would be unthinkable without Aarset’s richly layered contribution.

The CD and LP editions both sound detailed and spacious, but the vinyl conveyed some things with greater force and resolution. Rochford’s toms in “And a Day . . .” had greater low-end presence and reach, and Benita’s bass more low-register impact. The sound felt slightly more three-dimensional on vinyl, with more shimmer and textural depth to Aarset’s guitar. Rochford’s cymbals in the faster tracks, such as “Thirteen,” had more bounce, and his snare resonated more solidly. It was easier to visualize Sheppard’s horn and place it in the room when listening to the vinyl.

On either sort of disc, the music of Romaria is enveloping and rewarding -- accessible on the surface, but with a depth and ideas that reward repeated careful hearings.