When Stan Getz returned to the US in 1961 after three years in Europe, John Coltrane had just won the top slot in the Downbeat and Metronome jazz polls, a position Getz had held for the previous 11 years, and Sonny Rollins was returning to the scene after two years of study and practice. Coltrane and Rollins were now the leading tenor players of the day. Getz was a little out of step.

Still, 1961 turned out to be a good one for Getz. In July he began recording Focus, with compositions and orchestral arrangements by Eddie Sauter. It remains among the most highly regarded orchestral jazz albums. That September, Getz and valve trombonist Bob Brookmeyer taped Recorded Fall 1961, a studio quintet session with pianist Steve Kuhn, double bassist John Neves, and drummer Roy Haynes. It was released later the same year.

On November 26, when Getz appeared at the Village Gate, in Greenwich Village, with the same rhythm section but without Brookmeyer, Verve recorded the show. The tapes then sat in their vault for 58 years. At last they’ve been released, on two CDs or three LPs. 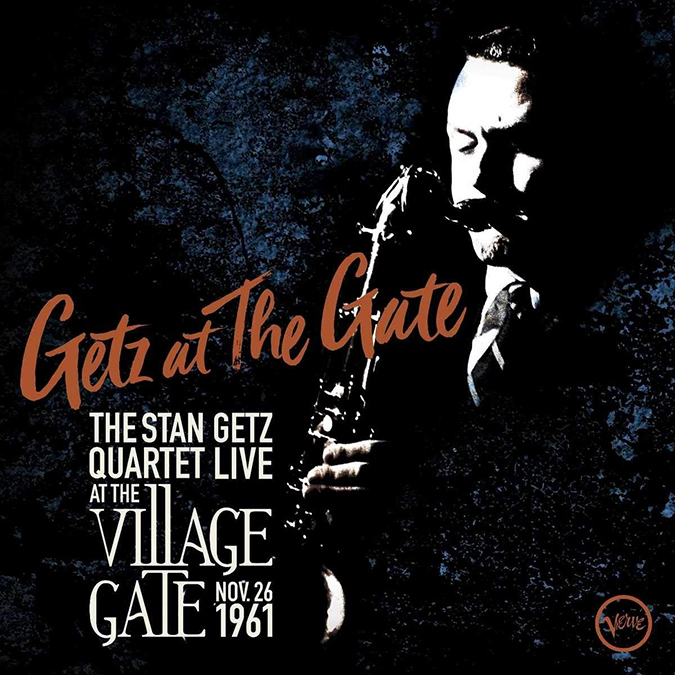 Recorded Fall 1961 wasn’t a laid-back session, but on Getz at the Gate Getz is even more intense, eager to prove that his playing is still relevant and vital. Even before emcee Chip Monck -- the Gate’s lighting engineer, who eight years later won fame as the lighting engineer for the Woodstock Festival -- finishes introducing the band, Getz can be heard snapping his fingers, urgently counting in the band to get the show going. Their take on Cole Porter’s “It’s All Right with Me” is fast, Getz’s supple lines never out of hearing of the melody, even at great speed. Neves and Kuhn stay close, supporting his long, inspired runs, but it’s Haynes who prods the leader with emphatic, dynamic drumming that highlights Getz’s urgent lines while pushing them to even greater heights.

Gigi Gryce’s “Wildwood” reveals Getz’s lyrical strain, and lets Kuhn demonstrate his skills in a generous solo. “When the Sun Comes Out,” by Harold Arlen and Ted Koehler, is a prime example of Getz’s ballad playing. While eager to prove his continued significance and sharp edge in the faster tunes, he plays ballads and medium-tempo songs with passion and precision. In this and “Spring Can Really Hang You Up the Most,” he shows his debt to Ben Webster. And Haynes is as subtle and caressing in the ballads as he is powerful in the faster, louder performances.

Getz takes on Rollins’s “Airegin” with aplomb, speeding through the changes and spinning out great ideas in every chorus. Dizzy Gillespie’s “Woody ’n You” is another opportunity for fireworks, but Getz and the other three are inspired and exciting without being merely showy. “Jumpin’ with Symphony Sid,” by Getz’s early hero Lester Young, mixes moments of swing-jazz straightforwardness with sections of Getz’s sound experiments à la Coltrane.

The rhythm section acquits itself well throughout. Kuhn is by turns lyrical and driving, with a playful rhythmic sense and a strong harmonic feel that give Getz the foundation he needs. Neves is witty and solid, feeding great lines to the other players and keeping the songs moving fluidly. Getz sits out Coltrane’s “Impressions” to give the other three 12 minutes to show their talents. 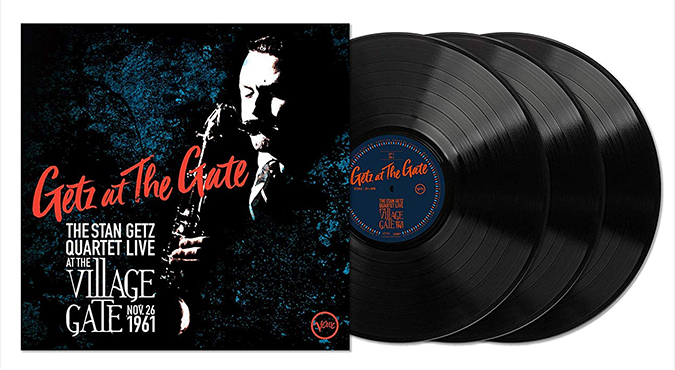 According to Verve’s publicist, Seth Foster mastered both the CD and LP editions. RTI pressed the latter on standard-weight vinyl, and they’re very good. I found things to like about the sound on both formats: The CDs are immediate and lively; the piano and drums, especially, have a brighter, more assertive presence than on vinyl. On the LPs, Neves’s bass comes through more firmly, and Haynes’s cymbals have a more natural warmth if less sizzle. Getz’s tenor has slightly more edge and texture on CD, better musical flow on LP. Several of the LP sides exceed 25 minutes; I can’t help thinking a fourth LP and shorter sides would have made possible more detailed sound.

Getz at the Gate gives us a 139-minute sound portrait of a great tenor player reasserting his place in jazz by reaching back to the swing-era melodicism that made his reputation even as he tries out the new styles and ideas that were gaining currency in the early 1960s. Stan Getz didn’t record with this lineup again, but he did go on to make many rewarding recordings. This set belongs alongside them.