If you’re a regular reader of SoundStage! Ultra, you’ll recall that back in October of 2021, I set up my personal pair of Sonus Faber Maxima Amators in my reference listening space. They sounded phenomenal, and I enjoyed several months of listening to them in that environment. The SFs were eventually supplanted by the Vivid Audio Giya G1 Spirits, which would take pride of place in my reference audio system—an experience you can read about by clicking my name under the Reference Systems tab on the front page of Ultra.

Since the Maximas now needed a new home, the plan was to move them to another space and have them anchor a slightly less expensive, slightly smaller, but still super-ambitious audio system. The space they were moving into isn’t as strategically outfitted with acoustic treatments as my reference listening space, and the dimensions are somewhat smaller as well. I knew the sound of the Sonus Fabers would change, but my challenge was to see just how high the smallish Maxima Amators could reach in this new, less-than-ideal environment.

I moved the Maxima Amators into their new resting spots and did a rough setup, like any good audiophile would. They sounded OK right off the bat, but I knew they weren’t performing close to their potential. Unlike my heavily treated main reference system, this placement is a bit more real world and only incorporates eight absorptive acoustic panels directly behind and to the sides of the loudspeaker locations—no bass traps, no diffusers. As for dimensions, the front wall is 14′ across, the room depth is 20′, and the ceiling height is 9′. How would the setup here compare with the setup in my main listening space? I was keen to find out, but I definitely had more work to do. 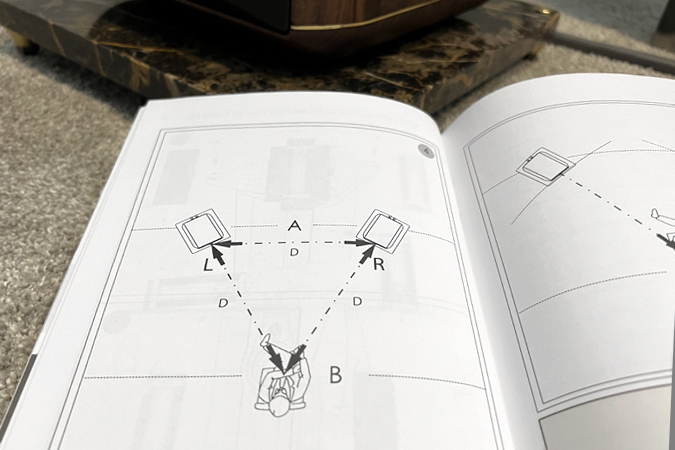 I started the dialing-in process by placing the speakers in an equilateral triangle in relation to the listening position—as instructed by the Sonus Faber owner’s manual—with 8′ 6″ between the two speakers, 28″ from each sidewall to front outside speaker spike, and about 40″ from the front wall to front baffles. I achieved these measurements with the speakers, as my father used to say, “parallel and perpendicular” to the walls around them, simply because it was easier to obtain accurate initial physical measurements in this way. I did take the time to listen, and in a word, blah. This configuration was better than the initial plop-down locations, but it still wasn’t great. 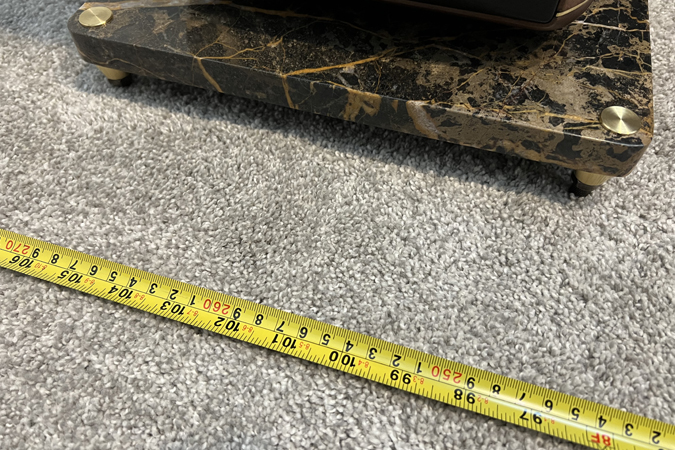 I then toed in the speakers so they directly faced the listening position (the distance from the front outside speaker spike to the sidewall was now 32.5″). This was consistent with the advice in the Maxima Amator owner’s manual, which states: “The loudspeakers’ axis should converge toward the listening position by crossing over top of it, thus creating the ‘equilateral triangle’ stereophonic configuration. This measure, which consists [of] positioning the loudspeakers in such a way as to literally point them toward the listener’s ears, allows significant improvement in the focus of the stereophonic image.” 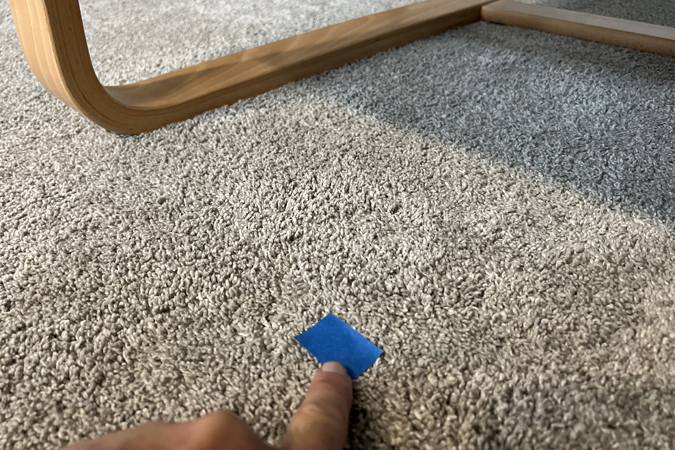 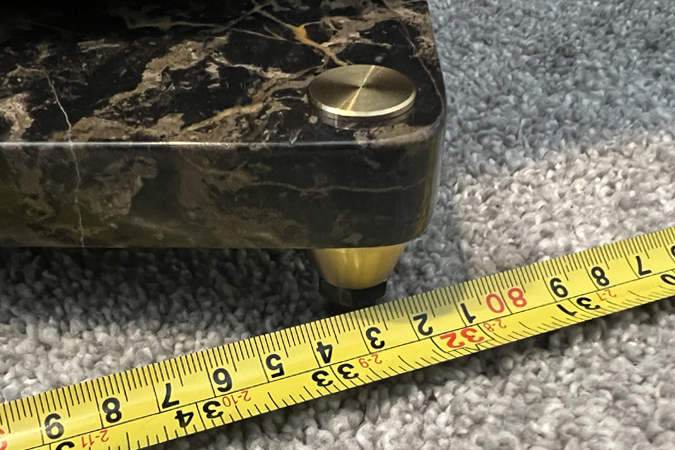 With the baseline setup in place, it was time for some acoustic measurements. I took the measurements with a Behringer ECM8000 condenser microphone placed at my seated ear height at nine spots on a 20″ radius at and around the listening position (these measurements were then averaged). The ECM8000 was used with an MXL Mic Mate XLR-to-USB microphone adapter plugged into my Apple MacBook Pro laptop, which was running the FuzzMeasure acoustic measurement software. The initial placement for the Maxima Amators produced the frequency-response graph (20Hz to 40kHz, 1/12th-octave smoothing) displayed below.

As you can see, from around 900Hz up to about 17kHz, the response is generally very flat. The bass starts to rise at about 450Hz, and it peaks by about 10dB by 150Hz. The response starts to decline at 80Hz and is -20dB at 50Hz. The sound was just as you would expect from these measurements. The midrange popped right off the page, there was excellent high-frequency detail, and the midbass was punchy, although the low bass was missing in action. Imaging was very precise, and the soundstage was about average in terms of width and overall envelopment.

Fortunately, I had a solution for this. The SVS SB16-Ultra subwoofer ($2099 in Piano Gloss Black) would be a perfect companion to the Sonus Fabers. At least, I hoped. I unhooked the Sonus Fabers and set about using the tools provided by SVS to get the best bass response I could, given the severely limited placement options I had for the subwoofer. Without bass management in the Rotel Michi X-5 integrated amplifier-DAC (my reference for this system), I used the low-pass crossover in the SVS—in this case, I chose 50Hz based on listening and the desire to avoid reinforcing room-induced bass modes that were higher in frequency.

The SVS subwoofer’s response in my room, as you can see above, was down in level only around 4dB at 20Hz (good!), but it did have a 10dB peak between 70Hz and 80Hz (not good!). This was the smoothest response I could obtain sans room correction (I can hear SoundStage! Simplifi’s Gordon Brockhouse now saying, “Well, Jeff . . .”). The question was, what would the response look like when combined with the Sonus Faber Maxima Amator loudspeakers? I’m glad you asked . . .

I do have a couple of response peaks I might EQ out eventually—or not—but I want to hear this system without room correction before I go down that rabbit hole. Overall, the response looks pretty good, and it’s particularly smooth from 800Hz on up. If I do use room correction, it will be in the low frequencies only. 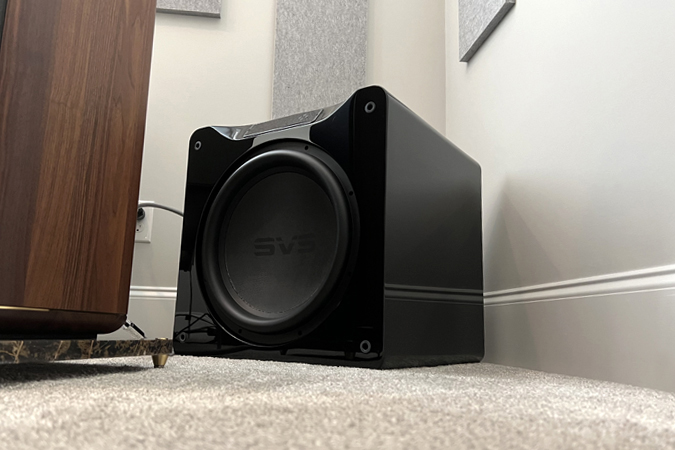 I’ll be reporting on the final setup in great detail—and with lots of photos!—in January under the Reference Systems tab on SoundStage! Ultra. So stay tuned.

Before then, however, you should know that we just updated that section of the website with Hans Wetzel’s stereo system, which features products from KEF, Hegel Music Systems, Siltech, and more. 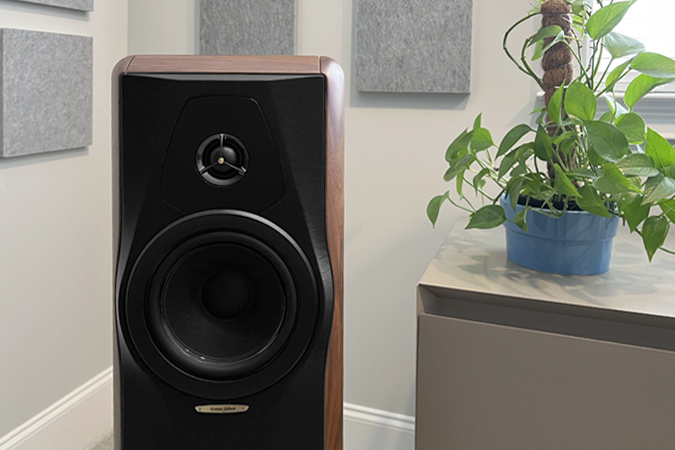 And with that, I’d like to wish you all a merry Christmas and happy holidays!