One of the most popular opinion pieces I’ve written in the past few years, in terms of total number of reader views, was “Devialet, SAM, and the Changing of the High-End Guard.” In it, I described my experiences with the Devialet 120 integrated amplifier-DAC ($6495 USD) and, more specifically, Devialet’s Speaker Active Matching (SAM) function, which worked so well with Magico’s excellent S1 loudspeakers. I had high hopes for Devialet’s products -- still do, actually -- but now I’m beginning to wonder. 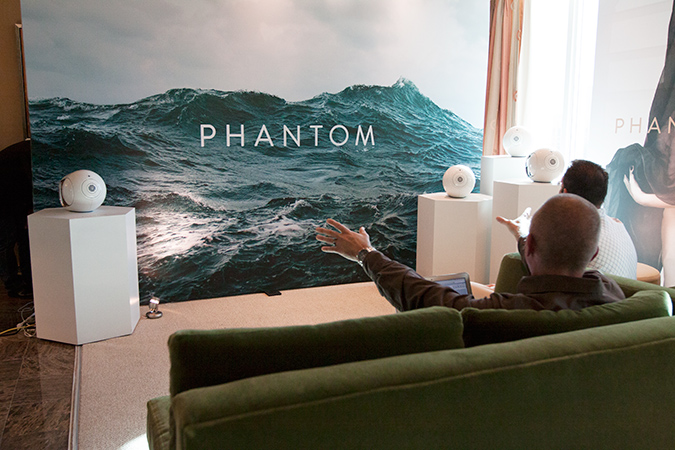 In December 2014, to much critical acclaim, Devialet launched their Phantom ($1990) and Silver Phantom ($2390) powered loudspeakers. (We covered the launch in detail at SoundStage! Global.) The speakers appear to be engineering marvels, and the short listening session I had with them in January 2015, at the Consumer Electronics Show, was impressive, if inconclusive. Surely, I thought, by the following September, the jury would be in.

But no. Not really.

Yes, Wired reviewed the Devialet Phantom. In that review, Josh Valcarcel told us that “Beats Music CEO, David Hyman, sounded downright flackish. ‘This small beautiful object will create a sound in your house that is just staggering,’ he raved to TechCrunch. ‘I’ve heard it. Nothing comes close. It can knock your walls down.’” Alrighty. The Wired reviewer then tried to answer the question burning in every audiophile’s mind: “Does the Phantom sound as good as an Editor’s Choice $50,000 stereo system, featuring a gaggle of components, oxygen-free python cables, and monolith speakers? No. But the disparity isn’t a chasm; it’s more like a small gap.” Well, that is an answer, but it’s not as specific an answer as we need in order to have the full measure of the Phantom's sound.

There were other “reviews” of the Phantom in various places, but none that I saw in what I would consider an audiophile publication -- by which I mean publications that do listening sessions and acoustic measurements, and that have a worthy frame of reference (i.e., good loudspeakers in good rooms) against which to make valid comparisons, so that the serious audiophile can get a clear picture of what the product can do: the SoundStage! magazines, Stereophile, Hi-Fi News & Record Review. But maybe those reviews are still in the works.

Nor have I read much in the way of user experiences. Typically, on the audiophile forums, this long after the launch of a product, at least some reviews will have trickled in. You can go over to the What’s Best Forum, for instance, and some guy with a pair of the newest so-and-so speakers from such-and-such brand will have posted his listening impressions, a few photos, and, if we’re lucky, some in-room frequency-response graphs. Not as good as a full review with measurements made in the anechoic chamber of Canada’s National Research Council, where SoundStage! has the speakers it reviews measured, but better than nothing. Devialet’s claims for the Phantom -- e.g., bass response down to 16Hz, -2dB -- do need to be independently verified. Who wouldn’t want to know if the Phantoms really are within spitting distance of the Magico and Vivid speakers of the world? Or even the PSBs and Paradigms?

Me? I’m maybe a bit more skeptical now than I was back in January at CES, but I’m still hopeful. I have to believe that the company that brought us those groundbreaking integrated amplifier-DACs (currently, Devialet’s models 120, 200, 400, and 800), which I absolutely adore, wouldn’t whiff on perhaps their most important product to date.

I’ve also written about Tidal. I love this music-streaming service, seemingly launched with the audiophile in mind: an ever-expanding catalog of music in CD-quality sound for $20/month -- a pittance compared with what most audiophiles spend on music and gear. Then Jay-Z bought it.

At first, I thought this meant only good things: a huge influx of capital and music-industry chops that, at least from my vantage point, would be huge assets for Tidal. Then came Tidal’s infamous relaunch and a tide (pardon the pun) of bad press for Tidal that seemed to last for months. But forget all that for a moment. You know what really concerns me? Tidal no longer seems to be touting sound quality -- as in the CD-quality streaming capability that brought many audiophiles to the Tidal table to begin with. Dance with the one what brung you, and all that. 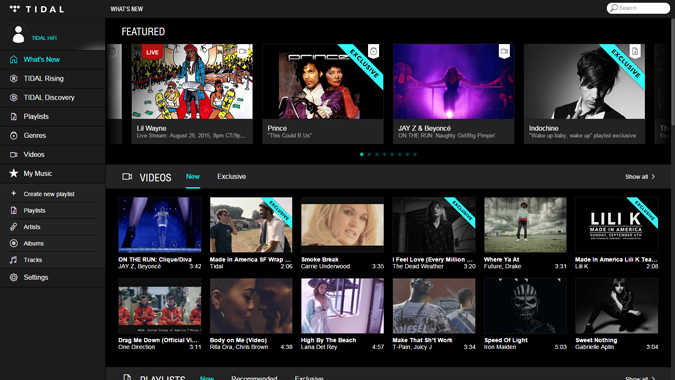 I still have my Tidal subscription, and I still love it. I only hope the service stays around for the long haul, and continues to improve in terms of user interface and depth of catalog. Again, time will tell.

Are we audiophiles the Rodney Dangerfield of the consumer-electronics industry? Perhaps. And if so, some of that lack of respect is deserved. Have you seen some of the products we actually buy? (OK, that’s a different “Opinion” article, for later on.) But at least from where I sit, in my highly engineered listening room in front of my killer Magico-Soulution audio system, Devialet and Tidal were heavily supported by the audiophile community. Somehow, I just don’t think forgetting about us now is such a good idea.